We will face a double-whammy economic hit if the effects of the pandemic are coupled with a disorderly exit without a deal. 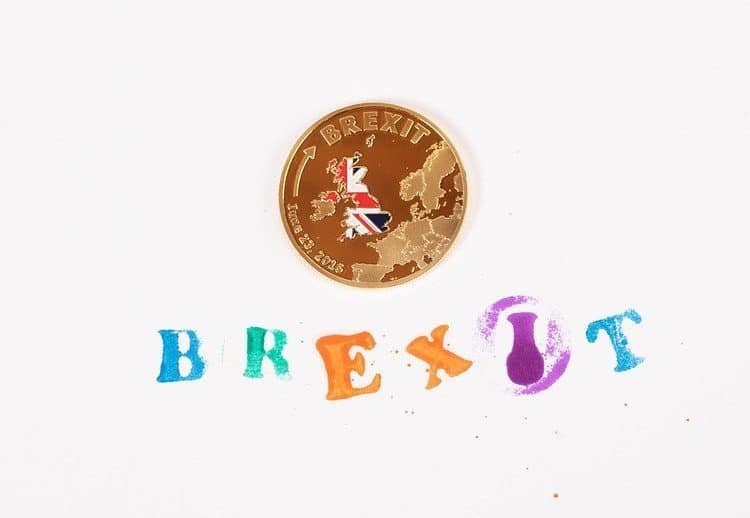 Brexit image by wuestenigel is licensed under CC BY 2.0

The survey has been compiled by the Organisation for Economic Co-Operation and Development (OECD), who note that the UK economy now sits on a razor’s edge since, “Decisions made now about the management of the COVID-19 crisis and future trade relationships will have a lasting impact on the UK economy for years to come”.

Every year, the OECD’s Economic and Development Review Committee examines the economic situation of EU member countries and provides an assessment. Unsurprisingly, the OECD highlights the extent to which the UK economy is deeply integrated with the EU, a trading bloc we have been part of for over 40 years, and suggests that leaving the single market will hamper trade. So keeping low barriers to trade and investment with the EU is advisable – in other words, a close trade relationship with the EU would support recovery, productivity, and employment for both parties.

Leaving the single market at the end of year will require firms to adapt. The UK government recently published its border operating model, which will mean big changes and new onerous requirements for businesses that want to trade with the EU. Avoiding a ‘no deal’ outcome is the best option according to the OECD, with a disorderly exit being further complicated by the fact that firms have had to divert their attention to dealing with Covid-19

But, outside of these anticipations and speculations about the trade of goods from January next year, there are some hard truths that are not getting much of a public airing. The UK is after all primarily a service-based economy, and it is the loss of ‘passporting rights’ that may have the biggest impact after 1 January 2021. These rights allow banks, companies and financial services firms to operate their business in any EU or European Economic Area country, without being subject to further authorisation from each country.

According to the UK in a Changing Europe, the UK is currently seeking an equivalence decision from the EU. This would allow UK-based financial services firms to continue to serve EU customers from the UK and may bring some stability to the sector, but no one can predict what will happen to market stability.

It is in this wider context that two things jump out from the OECD’s survey about the state of the UK economy.

First is the proportion of under-qualified workers in the UK, which is one of the highest among OECD countries. As the report points out, part of this is due to the declining amount being spent on adult learning, alongside a decline in participation in lifelong training. How will those in jobs that are lastingly affected by Covid-19 be able to move on to something new, if the skills base is already so low? It is going to require further funding to support displaced and low-skilled workers, in particular to improve access to a variety of packages to develop digital skills and better targeting of the apprenticeship system.

Secondly, while the UK may have started from a relatively good position on many dimensions, productivity and investment growth have been weak in recent years. In particular, productivity growth has underperformed compared to past business cycles and other OECD countries, with low investment and slow innovation rates contributing to weak productivity performance.

The UK government’s industrial strategy may well be vital to our successful growth out of the current economic slump, but there has been little mention of this recently. The government will have to put its money where its mouth is with its rhetoric of ‘levelling-up’, but this will be no easy feat with productivity problems having been entrenched even before the outbreak of Covid-19. As the OECD notes, the longstanding challenge of narrowing regional differences, which have been exacerbated by the Covid-19 crisis, requires investing in the capacity of lagging regions.

Citing the Office for National Statistics, the OECD points out that most UK households have reported lower income since the crisis started. Ongoing measures to limit a second wave of infections will need to be carefully calibrated to manage the economic impact. The government has a delicate balance to manage, if it is to repair the economy overall and avoiding compounding regional inequalities.

Since March, major programmes have been put in place to protect workers and firms, and to mitigate long-term economic scarring. In July, the UK government then moved to a new phase of support, with the ‘plan for jobs’, and subsequently the ‘winter economic plan’. A temporary wage subsidy scheme, Kickstart, has been introduced to encourage the hiring of young people, with resources also being allocated for job search and training in July.

“The combination of COVID-19 and the exit from the EU Single Market makes the UK outlook exceptionally uncertain. Actions taken to address the pandemic and decisions made on future trading relationships will have a lasting impact on the UK’s economic trajectory for years to come, so they should be in line with long-term objectives,” said OECD chief economist Laurence Boone in the press release. “Productivity growth in service sectors will have to accelerate significantly for the recovery to be long-lasting and sustainable”.

The UK faces two challenges – the Covid-19 crisis and leaving the EU single market. It is clear that active labour market spending for displaced and low-skilled workers needs to be increased, to help workers in sectors with uncertain futures move into quality jobs; and infrastructure spending needs to focus on the most deprived regions. What is unclear as yet, is whether our government intends to do either.

This overview is based the 2020 Economic Survey of United Kingdom. The survey is published by the Economic and Development Review Committee of the OECD, which is charged with the examination of the economic situation of member countries.

Council draws line in the sand on Covid-19