During a visit to the USA in 2018, the former Brexit secretary told a seminar held by the Washington International Trade Association, “If the US and UK can agree a free trade agreement that pulls the UK out of the EU’s regulatory orbit, then this will be enormously beneficial to America’s farmers, businesses and consumers.” 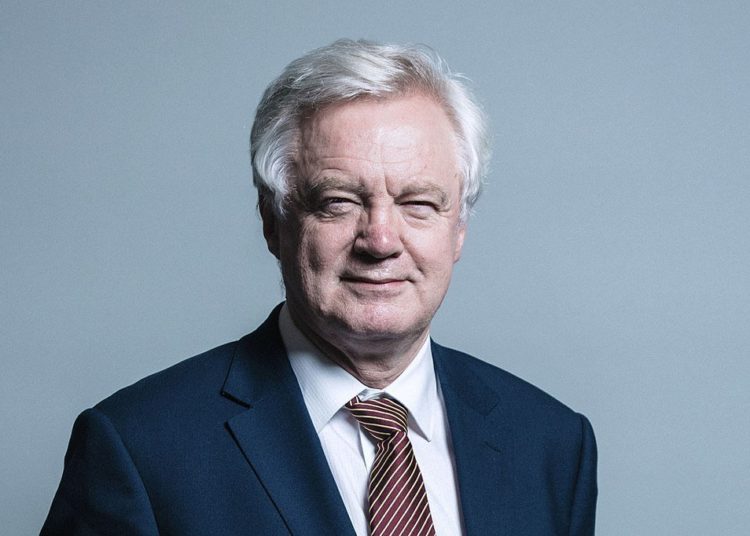 During a visit to the USA in 2018, the former Brexit secretary told a seminar held by the Washington International Trade Association, “If the US and UK can agree a free trade agreement that pulls the UK out of the EU’s regulatory orbit, then this will be enormously beneficial to America’s farmers, businesses and consumers.”

This is according to a report in The Farmer’s Guardian from November 2018.

On the visit, Davis was accompanied by former environment secretary Owen Paterson and director of international trade at the Institute of Economic Affairs, Shanker Singham.

Vicki Hird, food and farming campaign co-ordinator at Sustain, described Mr Davis’ comments at the time as “an outrage”. She said:

“David Davis was a Government Minister until [summer 2018] and yet is so desperate for a hard Brexit that he would throw hardworking UK farmers under a bus in favour of improving trade conditions for their American counterparts.

“A recent [Institute for Public Policy Research] poll found that when asked whether the UK should lower food safety standards to secure a trade deal with the US, or retain current standards, 82 per cent preferred to keep standards as they are. So not only is David Davis way out of line, but he is out of step with the British public.”

Liz Truss, international trade secretary, formally kicked off the trade talks at the beginning of May this year with her opposite number, US trade representative, Robert Lighthizer. The UK’s negotiating objectives were published on 1 March and claims that we “will not compromise on our high environmental protection, animal welfare and food standards.”

But speaking during the third reading of The Agriculture Bill in the House on May 13, the former Trade Secretary, Dr Liam Fox, arguing against new clause 1 which would have seen a requirement to ensure all imported food met these existing standards, said (HERE column 323):

“I can say from personal experience, in my discussions with the United States, that the US would walk were the proposals [on UK standards] to become law in the United Kingdom, and it would be swiftly followed by others—the Australians, the New Zealanders and those involved in the comprehensive and progressive agreement for trans-Pacific partnership would be unlikely to take kindly to it. They do not want the incorporation of UK rules to become a prerequisite to trading agreements with the United Kingdom.”

The price of free trade agreements with the USA, Australia and New Zealand is a lowering of our food standards against the wishes of the majority of people in this country. A Unison-commissioned poll in February showed that 80 per cent of people were concerned about laws on meat quality standards being relaxed to secure trade deals with the USA and other countries, according to Food Safety News.

The World Trade Organization (WTO) has already ruled against the EU’s ban on hormone-fed beef and a new accord with the USA was reached last year. The EU maintains that the new agreement leaves the existing quota unchanged, except that “35,000 out of the total 45,000-tonne Tariif Rate Quote will be ring-fenced for the United States and phased in over a period of 7 years. The TRQ will continue to cover only products complying with EU’s high food safety and health standards.”

However, outside the EU, the WTO ruling will apply to the United Kingdom. Trade expert Sam Lowe points out on Twitter:

On hormone beef: something missing from much of the discussion is that the moment the UK exits the transition it will be in breach of its WTO obligations if it continues to apply the EU ban. (The EU has already lost its dispute with the US; panel found the ban to be unjustified.)

Outside the EU we will find it much more difficult to resist pressure to prevent our food standards being diminished.