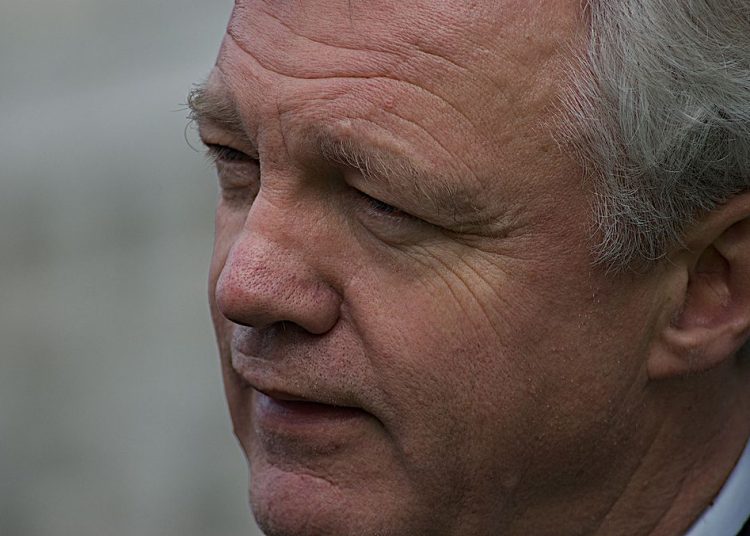 David Davis, MP for Howden and Haltemprice and former Brexit secretary, appears to be confused about the reason he resigned from the cabinet in July 2018.

Speaking on BBC Northern Ireland’s flagship political programme The View last Thursday, he claimed to have predicted problems with the Northern Ireland protocol, citing it as “one of the reasons I resigned”. His words were picked up by professor Chris Grey, surely the foremost expert on all things Brexit, who tweeted about it.

However, the remarkably prescient Davis, a real captain foresight apparently, had resigned more than a year before the Northern Ireland protocol was even negotiated and in his resignation letter to prime minister Theresa May dated 9 July 2018, said he was resigning because of her “common rule book policy” sometimes known as the ‘backstop’. He didn’t mention he was quitting due to a yet-to-be-agreed protocol that lay 15 months in the future.

Davis confused about the reason he resigned

The EU itself later rejected the whole idea of a ‘common rule book’ anyway.

Boris Johnson, then foreign secretary, also resigned alongside Davis and in October 2019 as prime minister, went on to negotiate the new protocol specifically in order to avoid anything like the common rule book that Davis had objected to.

Davis then voted in the House of Commons in favour of Johnson’s protocol – the one he predicted problems with – both at second and third readings. There is nothing in Hansard to suggest he raised any objection at the time, it obviously slipping his mind that he had actually resigned from the cabinet over the matter the previous year.

Some might sympathise with Mr Davis, the inspiration for our famous downside dossier, for becoming muddled over the reasons for his resignation.

What began as a simple question of leaving the EU quickly descended into a tortuous journey through an endless hall of distorting mirrors where competing rationales jostled and argued loudly with each other about the reasons for getting out, the ultimate destination and the route. At the centre of the chaos were people like Davis, fast talking snake oil vendors, offering every sort of inducement to all and sundry, either at rock-bottom prices or no cost at all. Simple three-word slogans were passed off as high principles.

Now, as the expensive bills start to arrive in the form of an internal border, the crippling of British industry with unwanted costs and mountains of red tape, empty shelves and fuel shortages, and goodness knows what else, the forgetful Mr Davis is having difficulties recalling what he said to who – even including himself – and at which point.

Either Mr Davis is suffering a bout of amnesia or he is trying to escape the blame for what is increasingly looking like a disaster. No prizes for guessing which.