Misleading people as only he can doesn’t come cheap after all. He is a fitting replacement for Johnson. 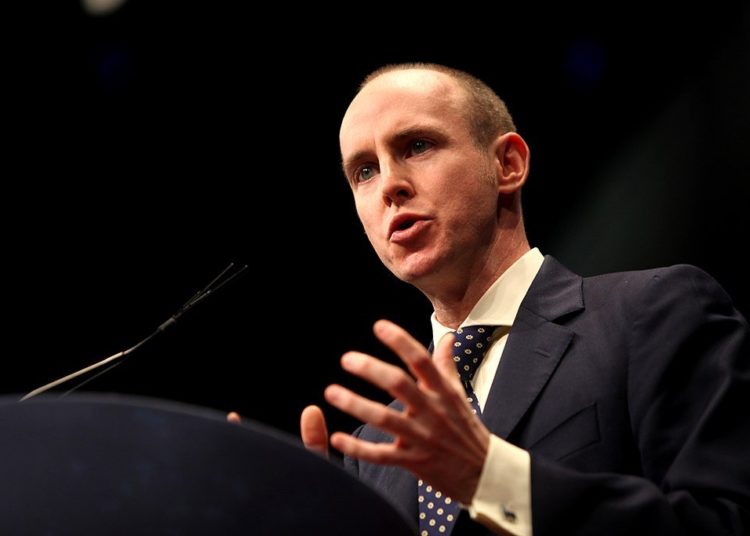 Daniel Hannan is not a man you would necessarily trust to give you the truth about anything. He is on record in 2016 saying that, “absolutely nobody is talking about threatening our place in the single market”; since when, he himself never stops telling us that’s precisely what we should do.

The former MEP and first director of the ERG as a 22-year-old graduate in 1993, writes an expensive column for The Telegraph. Misleading people as only he can doesn’t come cheap after all. He is a fitting replacement for Johnson.

Last Sunday he told his readers on Brexit, “The country as a whole, though, has moved on. By 48 per cent to 40, we now say that Britain was right to leave the European Union. Plenty of Remainers have reconciled themselves to the result, and you can see why.”

This puzzled me because I have carefully followed the regular polling of YouGov asking if the UK was right or wrong to vote to leave the EU since the polling started in August 2016. In the 86 polls from mid-January 2018 to February this year, not a single poll had ‘right’ ahead. The polls appeared to stop on February 10, but at that time ‘wrong’ was well in the lead.

On the WhatUKthinks.org website, I was surprised to see two new surveys have been added. One, by Number Cruncher Polls with a sample size of 1,010 and fieldwork from 24–26 March, does indeed show the figures Hannan mentioned.

But it is a total outlier as you can see in the chart below:

The Times, who have funded nearly all the 142 polls on the WhatUKthinks polling series, must have seen the Number Cruncher figures and decided to check by asking YouGov to run another poll which they did on 16–17 April. This one had nearly twice the sample size and showed that ‘wrong’ was still in the lead, albeit by one percentage point.

Both figures were I assume available to Hannan when he wrote his column, as were all the other 86 poll results showing a majority thought the decision to leave was wrong, going back more than two years. He picked the one figure from an obscure pollster that seemed to support his argument. Was it a lie? No, not in the strict sense, it wasn’t. But was it an accurate picture? That’s up to you. It was certainly very selective.

Professor John Curtice gives his take on recent polling and concludes that the evidence does show a slight increase in support for Brexit but, “whether as a result a majority now think that the decision to leave was the right one is far from clear. All that we can say with any certainty is that Britain still looks more or less evenly divided on the issue, much as it did before Brexit Day.”

In other words very little has changed.

Hannan also said on Sunday that all Britain wants from the EU is “the sort of basic, low-fat trade deal Brussels has with Canada or South Korea. There are no complicated details, no difficult technicalities”.

So, no problems there then.