Dominic Cummings will be leaving Downing Street before the end of the year. leaving the prime minister tethered to the mast of Brexit. 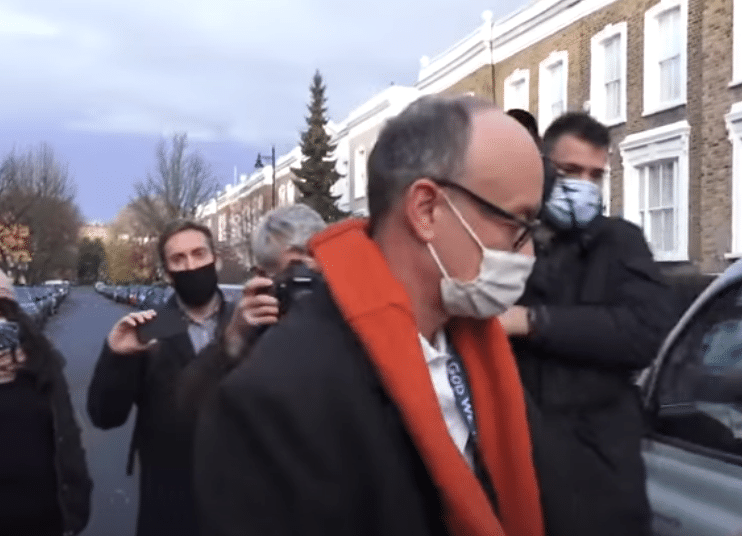 News that Dominic Cummings will be leaving Downing Street before the end of the year has been followed by a typically fawning piece from James Forsyth at The Spectator, the political magazine where Cummings’s wife works as a commissioning editor.

Forsyth has frequently been a mouth piece for Cummings in the past, so it was not entirely unexpected. He says that Cummings is “one of those rare individuals who has bent the arc of history” as if he was somewhere between Mahatma Ghandi and Nelson Mandella. He was not. If history judges him to have bent its arc, it will be seen as being bent in entirely the wrong direction.

I do not want to give the impression that Cummings is not a rare individual – he is, but not perhaps in the way his followers think. I would classify him in the way the German general Freiherr von Hammerstein-Equord, sorted his officers. In 1933 he said:

“I divide my officers into four classes as follows: The clever, the industrious, the lazy, and the stupid. Each officer always possesses two of these qualities.

“Those who are clever and industrious I appoint to the General Staff. Use can under certain circumstances be made of those who are stupid and lazy. The man who is clever and lazy qualifies for the highest leadership posts. He has the requisite nerves and the mental clarity for difficult decisions. But whoever is stupid and industrious must be got rid of, for he is too dangerous.”

Cummings falls into the stupid/industrious and therefore dangerous category. Of course, he isn’t stupid in the sense of being an imbecile, but in the sense of being unable to see any errors in his own thinking, of lacking self-doubt. He is a man utterly convinced he is right, even when the evidence is piling up that proves beyond doubt that he is wrong. Brexit is the culmination of it and he will, in the end, be reviled for what he has done to this country.

Johnson of course, is in the stupid/lazy section and, in another world, he would have been regarded as mildly amusing but harmless. His appointment and defence of the egregious Cummings will be seen as his greatest mistake.

The departure of the PM’s senior adviser was always a matter of time. You cannot be that abrasive and confrontational without making a lot of enemies. His errant trip to his parents’ home in Durham in breach of lockdown rules started the rot. The absence of support from Tory MPs told its own story. Cummings is not a man overburdened with friends.

The BBC has an article from February about the early life and career of Cummings, an Oxford graduate and the sort of pseudo-intellectual that high Tories are either terrified of, or follow slavishly. In Johnson’s case, fatefully for this country, it was the latter.

For me, Cameron’s description of him as a career psychopath was apt. This was when he worked for Michael Gove at Education. He graduated to become the campaign director for Vote Leave and is often credited with being the mastermind behind the stunning result. His use of social media was particularly clever.

Driven, obsessed, single-minded, ruthless, he is all of these things plus thuggish, permanently angry, aggressive and arrogant. A thoroughly nasty piece of work. He apparently attempted to push a CBI member down a flight of stairs after an interview at the BBC, as reported by The Times.

In a blogpost from June 2015, which you can still read HERE, he states openly that the leave side should reject the idea of having any plan for Brexit. Imagine that – advocating the most complex negotiation this country has ever undertaken and thinking you don’t need a plan. The absence of one was not an accident but deliberate, since he knew there would never be agreement on what Brexit meant.

“Creating an exit plan that makes sense and which all reasonable people could unite around seems an almost insuperable task. Eurosceptic groups have been divided for years about many of the basic policy and political questions.

“Even if one succeeded, the sheer complexity of leaving would involve endless questions of detail that cannot be answered in such a plan even were it to be 20,000 pages long, and the longer it is the more errors are likely.”

Bizarre or what? This is why it has taken four long tortuous years and is even perhaps the secret behind the win itself. Every leave voter assumed they were getting their own bespoke version of Brexit. They are soon to discover that none of them are getting the Brexit they voted for.

Cummings’ utter contempt for voters was not even disguised, he knew they had no idea what they would be voting for and said it: “The idea that the public could be effectively educated about such things [the EEA, WTO rules, etc] in the time we have seems unlikely”.

He once described David Davis as “thick as mince” – a truism if ever here was one – and co-wrote a book: How to lose a referendum, in which he describes Eurosceptic Conservative MPs as “particularly unbalanced”. Anyone who has read any of Mr Cummings’ other work, or watched his performance in front of the Treasury select committee (below), where he ably demonstrates his own ignorance and erroneous logic, will think this is a kettle calling the pot black.

In January this year after he was appointed Johnson’s senior adviser, Giles Wilkes wrote a piece about Cummings for Prospect Magazine, which contained a fascinating insight into the Downing Street misfit, and his plans to make the free market better by putting more weirdos and misfits (aka near-geniuses) at the centre.

Wilkes writes of how very un-Conservative Cummings’ thinking, and implied faith in the state to solve chronic issues through sheer force of mind, was. Not so far removed from then Labour shadow chancellor John McDonnell – both sides seeming to think that if only the state would thoroughly grip a problem all would be well. The difference, Wilkes noted, was:

“For McDonnell, the deus ex machina is state ownership, in Cummings’s view it is three standard-deviation brains using zeitgeisty techniques like prediction tournaments and Seeing Rooms”.

John Warren wrote another article on Cummings (how fascinated people were by him) for the online magazine Bella Calledonia in August last year, which I urge you to read for the sheer erudition. In it, he is compared unfavourably to a mixture of Lazare Carnot (French statesman, general, engineer and administrator during the French Revolution), and Akhelous (a character from World of Warcraft).

The article references this rambling essay by Cummings, entitled ‘Some thoughts on education and political priorities’ (all 237 pages of it). Those who accuse Cummings of being behind the coronavirus herd immunity policy, might be interested to note that his essay references work by RA Fisher (1890–1962).

Fisher wrote ‘The Genetical Theory of Natural Selection’ (1930) and Warren says, “whatever Fisher’s unarguable aptitude for theory, he was also a committed Eugenicist”.

Warren also said at the time,

“Cummings, it is claimed by Robert Peston will not be there on 1st November; to celebrate Brexit or stand accused. He is a magician to the end. He will be gone with Hallowe’en. He will be out. All that will be left for us to chew over is Boris Johnson, tied to the mast.”

Peston was wrong about the dates, but not by very much in the scheme of things. And Warren is certainly right on Johnson.

Cummings has now abandoned ship, leaving the prime minister tethered to the mast of Brexit.