The letter that Mark Francois sent to Michel Barnier on Friday (see below) looks like a spoof but turns out to be genuine – though it’s difficult to read and keep a straight face at the same time. 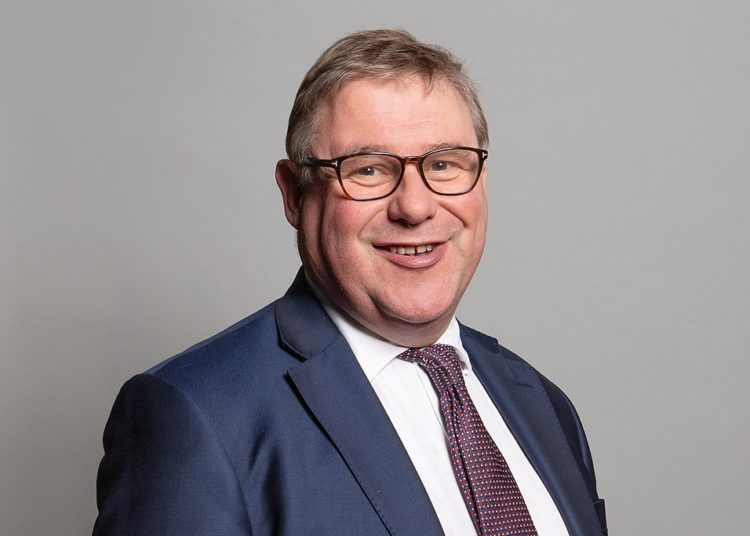 The letter that Mark Francois sent to Michel Barnier on Friday (see below) looks like a spoof but turns out to be genuine – though it’s difficult to read and keep a straight face at the same time. He describes it as “a missive from a free country.”

It was sent just four days before the deadline to request an extension to the transition period, something that is clearly not going to happen now. It has the appearance of being written by an increasingly anxious man who can’t quite believe the threats to walk away are not having the impact on Brussels that he thought they should have. In fact it feels as if he’s about to have an involuntary bowel movement.

Sent in his capacity as chairperson of the ERG, and presumably endorsed by the group, it betrays quite a bit of nervousness on their part. Perhaps there is a growing realisation that Cummings and Johnson are actually foolhardy enough to takes us over the edge. The ERG were always concerned that Theresa May wasn’t quite tough enough, now they seem worried that Cummings is.

Let us not forget they are the no-surrender hard men and women of Brexit, the ones who have either been demanding a no-deal Brexit or loudly telling anyone who asked that it won’t hurt. Now that it looks like we might actually have to make good on all the previous threats, a bit of back-pedaling is going on. There is no mention of walking away unless we get what we want. In fact it’s almost placatory.

“There are now less than 200 days [sic] to negotiate and ratify a free trade agreement between the EU and the UK before the transition period ends”, he reminds Barnier, as if the Frenchman might have forgotten, “meaning there is little margin for error.”

Francois, the comical capo di tutti capi of the ERG, doesn’t seem to realise that this unrealistic deadline is because we have refused to allow more time. And the letter has clearly been circulating internally for a few days while the group took turns fiddling with the text – there were actually 189 days left on 26 June.

“I am therefore writing to encourage the development of a sense of urgency in the negotiations, so that any deal negotiated between you and David Frost is able to pass through both the European Parliament and the House of Commons in good time.”

They thought the EU should be starting to give in by now, but with no sign of anyone in Brussels showing the slightest movement, it seems that it’s Francois who is starting to perspire (although it’s difficult to tell with him, since he seems to be permanently in a muck-sweat).

Barnier will no doubt allow himself a smile as he reads it. The EU will see it as a sign of weakness. Saying nothing, as if we didn’t care, would probably come across as far more sinister and serious to the Europeans. The pips are starting to squeak. Francois’ words seem to have been dictated by a hostage taker to the ashen-faced hostage. It’s almost a give-him-what-he-wants-or-he’ll-blow-us-all-to-kingdom-come plea.

If the letter is intended to be a counter to the report endorsed by the European parliament a few days ago, it can hardly be described as having the same gravitas coming from a figure widely regarded as a joke. This is aside from the letter apparently having been written by someone who has never put pen to paper before. The last few paragraphs are telling in that they carry no veiled or implied threat just a plea not to be ‘unreasonable’.

“I would like to make clear that the ERG fully supports the prime minister’s lead negotiator, David Frost,” writes Francois, “Based on his track record – in negotiating a revised Withdrawal Agreement and an amended political declaration which inter alia committed both sides in principle to negotiate a ‘Comprehensive Free Trade Agreement’ – we have confidence in him and his team and strongly urge you to listen when he says certain EU demands are not going to work.”

“I hope you find this letter and the points that I have set out above useful – and it spurs you to change some of the unreasonable demands the EU is currently making. If you and your team are willing to accept that the United Kingdom will be a fully independent country at the end of the year, responsible for its own destiny but willing to trade equitably with its neighbours, I can see no reason why we won’t be able to ratify a free trade deal with time to spare.”

Unfortunately, the EU does accept we are fully independent. Not being a member means the EU is not considering our interests any more, only its own. This is how sovereign entities behave. The ‘unreasonable demands’ he mentions are part of the price the EU sets for access to the single market. If we aren’t prepared to pay it there will be a Gallic shrug and nothing more. Even if we leave without a trade deal, the EU knows we will be back at the Berlaymont building within days, banging on the door asking for a trade deal. This is the reality – and both sides know it.

“I sincerely hope that this round of negotiations proves fruitful and that we can make rapid progress towards an exciting new Treaty which provides for a new era of friendly cooperation between our peoples and facilitates an increase in trade on both sides. This would not only be a good thing in its own right, but should assist us to mutually recovery economically in the aftermath of the wicked covid-19 pandemic.

“In summary, all I and my colleagues have ever really wanted is to live in a free country, which elects its own government and makes its own laws and then lives under them in peace. We have come a very long way in securing this objective and have no intention of abandoning it, either now or in the future.”

Note that despite everything we know, he still thinks a free trade deal will increase trade between us and the EU and that covid-19 was “wicked”, as if it was the world’s first sentient virus possessing both free-will and malign intent. This is what we have come to.