According to Greenpeace, a small number or US companies control the food industry worldwide, reducing farmers’ say in what is grown and how to grow it and leaving little choice for the consumer. 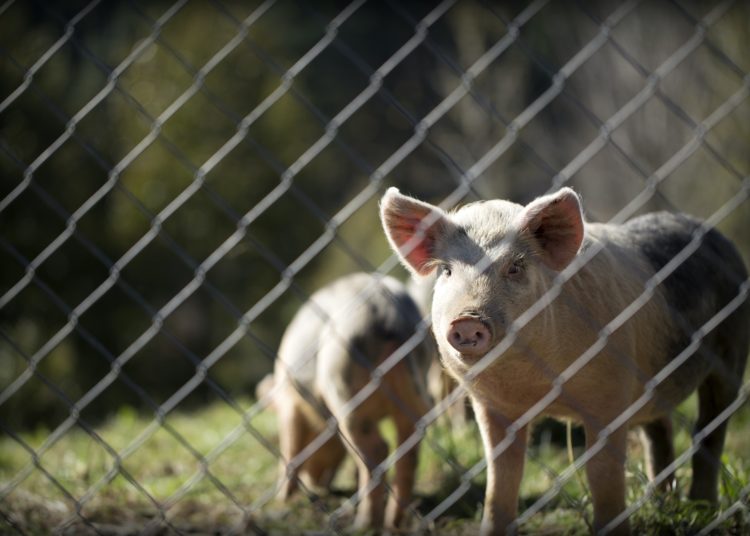 Photo by Pascal Debrunner on Unsplash

According to Greenpeace, a small number or US companies control the food industry worldwide, reducing farmers’ say in what is grown and how to grow it and leaving little choice for the consumer. This is industrial agriculture.

The US Department of Agriculture defines factory farming as a system that houses more than 1,000 cattle, 2,500 pigs or 125,000 chickens, while the EU defines it as more than 40,000 chickens or 2,000 pigs. There are at least 789 factory farms in the UK, some owned by foreign companies. Cargill, the US food giant, is one of the biggest players with a network of more than 100 independent farms working for them. In 2017, Cargill made a profit of more than £19m.

Factory farmed animals live in unsanitary conditions with limited room to move or turn and with no provision of fresh air or sunlight. Antibiotics and hormone treatment is given routinely to prevent disease and increase growth enabling, early maturity to increase the profits of agri-businesses. Factory farms contribute to water and air pollution as well as deforestation. Housing thousands of animals together creates huge amounts of animal waste which can leak into waterways causing pollution and releasing greenhouse gasses. These farms use large amounts of pesticides and herbicides for animal feed, creating further health hazards as well as damaging soil and wildlife.

It is argued that factory farming makes food cheaper and enables us to produce more to feed people. The United Nations estimates that the world population will reach nine billion by the year 2050. Every year, 60 billion animals are farmed for meat and by 2050 that number would double and is clearly unsustainable. Research by Compassion in World Farming and Friends of the Earth suggest that we can feed the world without intensive farming, by eating meat no more than three times a week, which would also reduce deforestation and enable sustainable farming.

Epidemiologists estimate that two thirds of zoonotic diseases are linked to factory farming. Almost every year, new zoonotic infections are discovered which threaten human health. Zoonotic diseases have been associated with the 1918 Spanish Flu, the 2003 severe acute respiratory syndrome (SARS), the 2009 swine fever pandemic, the 2012 Middle East respiratory syndrome (MERS), plus Aids and haemorrhagic disease such as Ebola. Covid-19 is a zoonotic disease, thought to have originated in a meat market in Wuhan, China, when wild and domestic animals were packed in crates in unhygienic conditions.

Human population expansion, habitat loss, poaching of wildlife and the increasing demand for meat has all resulted in changes in how infection develops and spreads. Antibiotics are used extensively to manage the high risk of infection, and the link between antibiotic use in factory farming and the resistance to antibiotics in humans is well documented.

Brexit raises the risk of food insecurity. Forty per cent of Britain’s food is currently imported, of which 25 per cent is from countries at risk of climate chaos. Investment in UK farming by US agri-businesses may bring a sense of security but this is likely to be misplaced. In the US, it is estimated that four multinational companies control 40 per cent of the agricultural market. Most poultry farms are owned by US multinationals such as Pilgrim’s Pride, Tyhson, Perdue and Sanderson Farms, they dominate the market, leaving little room for others.

These huge corporations build industrial farms that not only create a negative effect on the climate and environment but, in the US, have devastated some rural communities, resulting in the school closure and the decline of rural services. According to the Guardian, in 1990, small and medium-sized farms accounted for nearly half of all agricultural production in the US, now it is less than a quarter. As in the US, a predominance of factory farming in the UK is likely to affect rural communities and will change the rural landscape. In the future, as farmers age, it will be difficult to attract young people to take up the challenge as corporations buy up land to build their industrial units.

Farm Aid is an organisation that raises awareness about the decline of family farms and the plight of farm workers. It is against factory farming, growth hormones and GM food. It suggests that farmers working in the agri-business sector are “all but serfs in a feudal economic system”, one that works to increase the profits of integrators at the expense of the grower who may be made bankrupt by the system. Also, if the growers want to highlight animal cruelty or farm worker welfare they are prevented from doing so by the Ag Gag law which prohibits reporting.

Working conditions for farm workers can be grim. In 2010, the US Bureau of Labour Statistics reported that in poultry rearing, farm workers have one of the highest rates of occupational illnesses and pickers who catch the birds for slaughter can develop a condition known as claw hand whereby the fingers are painful and swollen causing disability. In the US, Agri-business is a powerful lobbying force influencing politicians with cash donations to ensure their factory farming methods continue. As part of our trade negotiations, the US negotiators may require the UK to accept US food standards and permit the import of US factory farmed food and GM crops along with an increased use of pesticides and herbicides. Clearly, this could become an opportunity for US farmers to flood our markets with cheap food of a lower standard.

If the government agrees a free trade deal with America it may have an investor state dispute settlement (ISDS) clause attached to it. ISDS clauses allow foreign investors to sue governments for decisions taken which reduce their profit. If ISDS clauses are included in a UK-US trade deal, American investors in the UK could challenge policy measures that might disadvantage their profit, such as environmental or health regulations. For example, a Swedish energy firm sued Germany for introducing policies designed to curb water pollution and carbon emissions, and a US tobacco giant sued Australia for attempting to introduce plain-cigarette packaging legislation – a public health policy. Both British and American administrations are aware that ISDS is politically toxic in the UK. Not only does it pose a risk to British companies but may curtail the government’s capacity to determine its own public health and or environmental policies.

Is it time therefore to ask the question “is factory farming the answer to feeding the world” or does it merely exist to increase the profits of big corporations? If, as many predict, factory farming could trigger the next global pandemic, should we continue to adopt farming systems that increase that risk? The future looks challenging for Britain if the government does not safeguard our food and food production, and protect our farming, food standards and the countryside from harmful agricultural practices.