an investigation by Unearthed has revealed that a powerful lobby group, representing US chicken producers, is working with allies in Congress “to demand that a post-Brexit trade deal eliminates the UK’s ban on chlorinated chicken imports.” 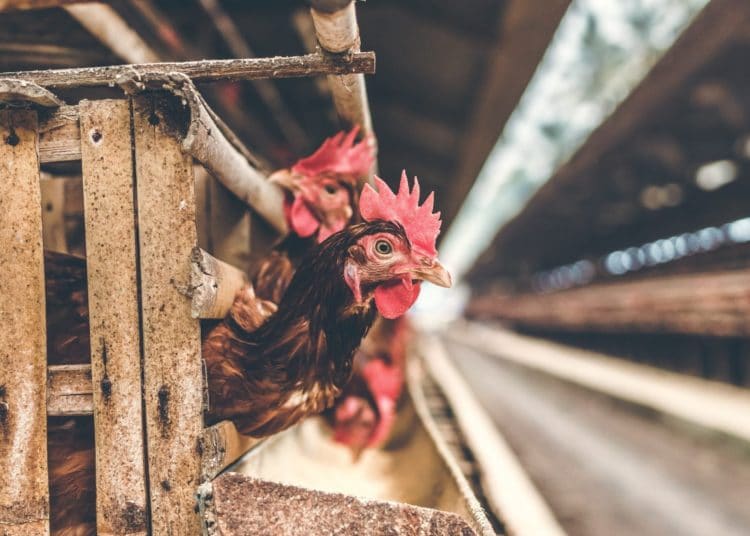 Photo by Artem Beliaikin from Pexels

During the 2016 referendum campaign, senior Leave figures promised a UK-US trade deal as one of the major prizes of Brexit. This is now the ambition of the UK government. But an investigation by Unearthed has revealed that a powerful lobby group, representing US chicken producers, is working with allies in Congress “to demand that a post-Brexit trade deal eliminates the UK’s ban on chlorinated chicken imports.”

On 13 May, MPs debated the new agriculture bill, which sets out the future direction for farming. The bill contained a number of additional amendments including:

The UK currently has one of the highest standards of animal welfare and food production in the world. Removing these protections will have a direct impact on our farmers and consumers. The National Farmers’ Union have already raised concerns about this, as we’ve highlighted elsewhere in Yorkshire Bylines. Brexit offers prospective trading partners the opportunity to expand into the British market. With the US, this raises the prospect of chlorinated and acid-washed chicken.

Chlorine washing is not in itself a concern, after all, bagged salad leaves are washed in a chlorine rinse as a safeguard against E.coli and salmonella. The worries surrounding chlorinated chicken are due to animal welfare and food hygiene standards. The Soil Association explains:

“Chlorinated chicken is poultry meat that has been washed with chlorine. After slaughter, the chickens are rinsed with antimicrobial chlorine wash to protect consumers from food-borne disease. This is done to treat high levels of bacteria, a symptom of poor hygiene and low animal welfare conditions not allowed in UK farming.”

It is claimed that one in six people in the US get food poisoning each year as against one in 66 people in the UK. The EU banned chlorine washed chicken in 1997 because of food safety concerns such as these. As a member of the EU, the UK took a key role in setting the rules and still upholds these high standards in our farming and food production industries. A deal that allows countries to import lower-standard meat to the UK will result in UK farmers being undercut and left struggling to compete.

The US ambassador, Woody Johnson, suggested in the January 2019 that rather than maintaining these higher standards, Britain should embrace American farming methods in order to seal a transatlantic trade deal. He went on to criticise EU and UK farming practices citing them as a “museum of agriculture”. So what are these higher standards we’re clinging onto in our museum of agriculture?

In the US, the poultry business is more intensive and has lower welfare standards than in the UK. The UK has adopted a ‘farm to fork’ approach that requires sanitary practices to be used all along the production chain to ensure that food sold to consumers is safe. This makes chlorine washes unnecessary. But research shows that after chlorine washing, bacteria such as salmonella and listeria can remain active on the chicken carcasses in a viable but non-culturable (VBNC) state. This means that the bacteria are in a state of very low metabolic activity and do not divide, but are alive and have the ability to become culturable and therefore start dividing once resuscitated – sometimes they can remain in this state for over a year.

Life is short and painful for the chickens who have virtually no legal protection from welfare organisations. At seven weeks, the birds reach their target weight. Such fast growth leads to skin problems, heart disease and premature death. According to Isabel Oakeshott and Philip Lymbery in their book Farmageddon, in order to increase profits, as many as 30,000 birds are crammed together in an area of 15m by 150m. In this environment, the birds spend the day sitting in their own waste leading to painful skin lesions which have been associated with high levels of campylobacter.

The Alliance to Save our Antibiotics claims that in order to prevent disease, birds are fed large amounts of antibiotics. This can be as high as 52mg/kg compared with 17mg/kg in the UK. In the US, 80 per cent of all antibiotics sold are for use in animal agriculture, of which 70 per cent are considered important to human health. This is the true cost of factory farming where more and more antibiotics are used to mask ever-increasing health problems in animals raised in intensively farmed environments.

Oakeshott and Lymbery say that factory farming in America is grim for both animals and the workforce. Big business, concerned only with profit-dictated production methods, set legally binding contracts that pay producers according to targets being met. This places pressure on workers and producers to cut corners. Demands for increased animal welfare or workers’ rights are frequently met with threats of termination of contract. These agri-business lobbyists are the powerful organisations insisting that if the UK wants a trade deal with America, they must abandon EU food regulation. In his book Brexit without the Bullshit, Gavin Esler, says these groups see a trade deal with the UK as a ‘bastion’ against the EU’s precautionary regulation. Whatever the science says, it is the politics that rules in trade deals.

Lowering our animal welfare and food production standards would present a barrier to any trade deal with the EU and a barrier to UK farmers wanting to export food to the EU through the single market. While the UK is trading as a member of the EU we are protected by the EU precautionary principle rule, meaning that if a product has not been proven to be healthy it cannot be imported into the EU (and at present the UK). Food such as chlorinated chicken, hormone-treated beef and genetically modified crops, plus food additives such as brominated vegetable oil added to citrus drinks, potassium bromate use in bread, and azodicarbonamide as a cereal conditioner, are all banned due to food safety.

Instead of bowing to US pressure to lower our standards, the UK must grasp the opportunity to export high animal welfare and environmental protection to other countries. In so doing we can showcase a more humane and caring way of farming to the rest of the world, including developing countries. The prime minister said that animal welfare would be protected in future trade deals. Perhaps we now need this assurance in writing, as references to the manifesto are clearly not enough.

If the government intends to protect our farmers from cheap food imports, protect our high standards in animal welfare and look after and care for our environment, we deserve to see these promises in law – we need transparency and assurances now.