Over 70 trade associations and professional bodies are calling for politicians on both sides to carve a path towards a deal. 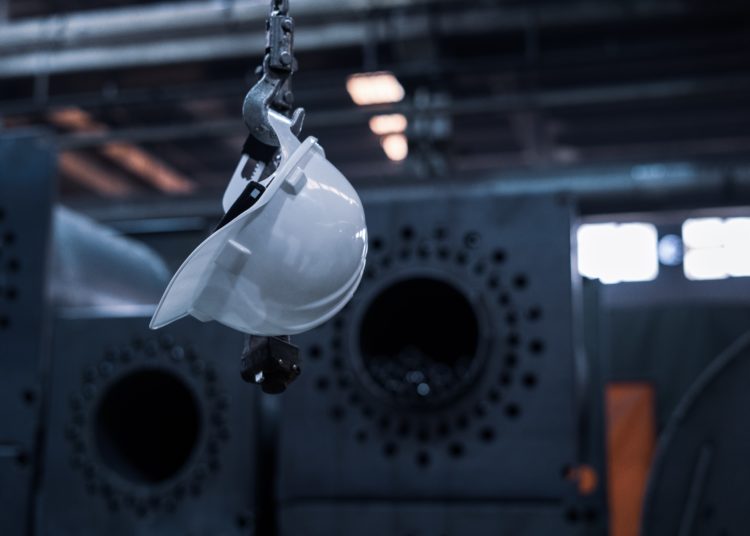 Photo by Ümit Yıldırım on Unsplash

British industry has come together to make a final desperate plea for the government and the EU to show political leadership as trade talks hang by a thread this weekend, with time, patience and trust fast running out. Both sides continue to insist on sticking to entrenched positions on the key points of fish, governance and the level playing field.

Over 70 trade associations and professional bodies representing 190,000 British businesses and seven million employees are calling for politicians on both sides to carve a path towards a deal.

The trade and professional bodies which have combined under the banner of the Confederation of British Industry (CBI), represent business sectors from automotive to aviation, chemicals to creative industries, and farming and food to pharmaceuticals – all united in urging the government to secure a quick agreement. They say it “matters greatly for jobs and livelihoods”.

None appeared to believe that Britain would “prosper mightily” as the prime minster claimed on Friday when he said we should “get ready for January 1 with arrangements that are more like Australia’s based on simple principles of global free trade.” Australia does not trade with the EU solely on WTO terms, it has negotiated 20 bilateral treaties, but if talks breakdown, Britain would have not have even these simple trade facilitating agreements with Brussels. In any case Australia and the EU are already in talks to secure a full FTA.

“Now is the time for historic political leadership. With compromise and tenacity, a deal can be done. Businesses call on leaders on both sides to find a route through.

“Businesses are doing what they can to prepare for Brexit. But firms face a hat-trick of unprecedented challenges: rebuilding from the first wave of Covid-19, dealing with the second and uncertainty over the UK’s trading relationship with the EU.

“That’s why more than three quarters of UK firms say they need a deal, quickly. With each day that passes, business resilience is chipped away. A swift deal is the single most effective way to support recovery in communities across Europe”.

Terry Jones, director general of the National Farmers’ Union of England and Wales, representing the nations’ farming sector – covering over 70 percent of the UK landmass and underpinning a UK food and farming industry worth more than £120bn to the economy and employing more than four million people – said:

“The EU, as a single trading bloc, is the most important international market for UK agri-food products, and given its size and proximity will continue to be so in the future.

“That is why it’s critically important that a tariff-free, quota-free deal is struck as soon as possible. Securing a tariff-free deal will help the nation’s farmers maintain vital trade links and ensure that they can continue supplying British consumers with high-quality, affordable food produced to trusted high standards, with European consumers continuing to benefit too.”

Steve Elliott, chief executive of the Chemical Industries Association, which represents businesses responsible for half a million jobs, said:

“I am concerned that the cumulative, negative impact of these priorities under a WTO outcome will make life much tougher for chemical businesses across the UK, the majority of which are foreign-headquartered. In regions and areas such as the North East, the Humber Bank and North West of England plus Central Scotland and South Wales, the chemical sector is critical to the local economies in terms of highly skilled, productive and well-rewarded jobs. We are the UK’s biggest manufacturing exporter. As a key foundation industry serving 95 percent of manufacturing activity, there will be a significant hit on other industries if there is no deal. We need that deal.”

Ian Wright CBE, chief executive of the Food and Drink Federation (FDF), representing 7,500 food and drink manufacturers who employ over 430,000 people as a key part of the UK’s wider food chain which employs 4.3 million people, said, “It is vital we secure a deal which enables the UK’s food and drink manufacturers to feed the nation and maintain UK food security. No deal would cause deep damage to the UK’s largest manufacturing industry and put at risk the choice, quality and affordability of food and drink available to UK shoppers and consumers”.

Richard Torbett, Chief Executive of the Association of the British Pharmaceutical Industry (ABPI)

Paul Hide, CEO of The Association of Manufacturers of Domestic Appliances

David Greene, President of the Law Society of England and Wales

Terry Jones, Director General of the NFU of England & Wales

David Dalton-Brown, CEO of The Investing and Saving Alliance (TISA)

Adam Mansell, CEO of the UK Fashion and Textile Association