British businesses begin to speak out

A trade agreement really matters for everybody. 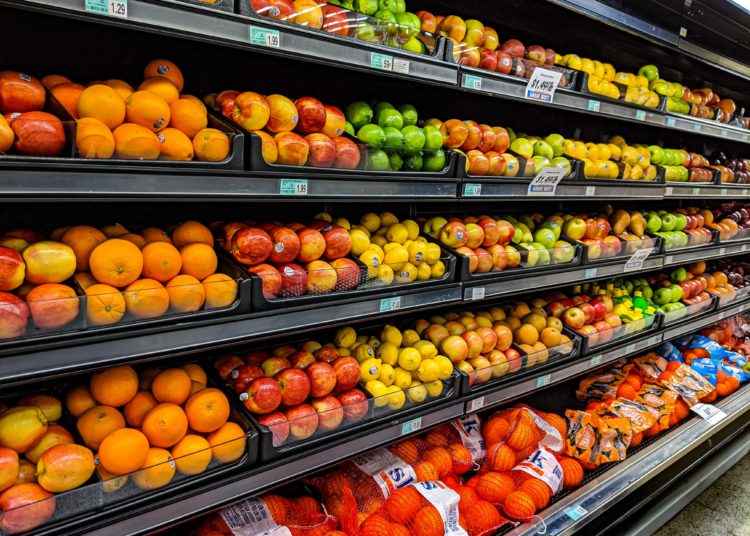 Photo by gemma on Unsplash

The contrast between what we were promised during the referendum and what the government is doing now couldn’t be starker. In the midst of a pandemic the UK government refuses to allow negotiators the time to arrange the ambitious and comprehensive trade deal we were promised. For its part, the EU has set out comprehensively in 28 memorandum precisely what sectoral requirements need to be met. The UK is said to have responded to only four so far.

A trade agreement really matters for everybody.

According to the British Retail Consortium, 90 per cent of our lettuces, 80 per cent of our tomatoes and 70 per cent of our soft fruit are imported across the Channel. The UK’s pharmaceutical manufacturing industry says it’s “essential” that there are no unnecessary barriers to the supply of medicines.”

Key business associations are deeply concerned about the practical arrangements underpinning the future relationship with the EU. None supports ending the transition period until there is a comprehensive agreement in place. No one thinks it is prudent for the government to pursue no deal at this time of crisis. Yet the prime minister is unwilling to avoid the multiple crises anticipated by business.

Leaving the EU without a deal could have a significant impact on our daily supplies of food and medicines. Experts say that the integrated supply chains for the agri-food trade between the UK and continental Europe, worth €58bn in 2019, would be “severely” disrupted.

The ambitious world-beating trade agreement promised since 2016 has evaporated. Instead we’re likely to get a rushed back-of-an-envelope deal at the last minute, confirmed by jaded politicians ignorant of the dire consequences for all of us.

Even with a free trade deal, the profitability of British exports to our main market will be affected by complicated extra customs bureaucracy and the inevitable interminable wrangling over rules of origin and regulatory compliance. This is unavoidable.

But the price of saving Boris Johnson’s political face could be leaving without a deal at all, which would increase unemployment and delay Britain’s recovery from the Covid-19 pandemic. Under those circumstances, exporters and importers would need to adapt to World Trade Organization (WTO) rules and tariffs that could wipe out entire industries.

More on this subject:

“Covid-19 has consumed every inch of capability and capacity and the industry has not the resource, the time nor the clarity to prepare for a further shock of a hard Brexit.”

Why does the government want to burden our faltering economy with this additional challenge when it will certainly impoverish struggling British consumers? Doing so will place us in the weakest position imaginable when it comes to negotiating future deals.

The government’s last minute decision to let in EU imports tariff-free (if only for six months) will have serious consequences if the WTO forces Britain to apply the waiver to imports from other countries under the most favoured nation rule. The non-tariff barriers – regulations, customs procedures, and so on – will apply in mid 2021 whatever happens, trade deal or not. The delay will provide only a temporary respite.

Business associations agree that supply chains are essential to shortening and lessening the impact of the recession. In March, Rod McKenzie, chief executive of the Road Haulage Association, said:

“If the link breaks because of coronavirus and Brexit, that’ll be a cocktail of disaster beyond belief.”

The Association of Chocolate, Biscuit and Confectionery Industries of Europe recently confirmed the absolute necessity of having a balanced and ambitious trade agreement with appropriate product-specific rules of origin in place, and ready to be implemented, as 1 January 2021.

Raw materials would also be affected. According to Europe’s sugar producers, no deal means prohibitively high tariffs – equivalent to approximately 100 per cent – on sugar traded between the EU and the UK. The costs would rise and add to food inflationary pressures. As we’ve already reported at Yorkshire Bylines, this means exports of sugar-containing products would be put at risk.

The regional impact of all this has been highlighted by the Greater Birmingham Chambers of Commerce:

“We also know that many of the businesses hardest hit by this, such as those in the retail and automotive sectors, are also the most exposed to Brexit risk due to the nature of their international supply chains and EU citizens in their workforces. British business has just faced its greatest crisis since the Second World War. If a comprehensive deal cannot be agreed, the business community needs time to rebuild resilience before it faces the biggest change to the UK’s political and trading relationships for a generation too.”

These are the dangers hidden by politicians’ rhetoric, keen to confuse us with assertions about “taking back control”. Yet business leaders see crashing out as an abdication of control. As Carolyn Fairbairn, the Confederation of British Industry’s director general, has said, “Many businesses are not – and cannot – prepared for the impact of a no-deal on top of what is happening.” No-deal Brexit would worsen inequalities and damage regional and national growth.

The conclusion is clear. We need more time. The UK government rejected the EU’s extended hand, leaving the UK with either no agreement or a desperately unambitious one. Business doesn’t want either. After a decade of austerity, underperformance and political dispute, we surely deserve better.

In the continuing absence of any sense of reality in the UK’s government, the least bad outcome is a further intensification of negotiations in the hope of achieving by the end of the year an agreement that touches at least lightly on a wide range of industrial sectors. Such an agreement would be nothing more than a political declaration with knobs on, leaving more detailed discussion for 2021; but it would be better than nothing.

By then the transition period will have ended and the UK will be trading under WTO rules with all the chaos that that implies. Soon afterwards, the UK will be peering anxiously over the fence into the EU as a detached but weakened sovereign state. Whilst our government will hope that rhetorical bluster will persuade us of its great triumph, British business, farmers and consumers will be enduring acute pain.