Northern Ireland is directly impacted by Brexit and poor UK-EU relations, be it with trade, borders, or 'taking back control'. 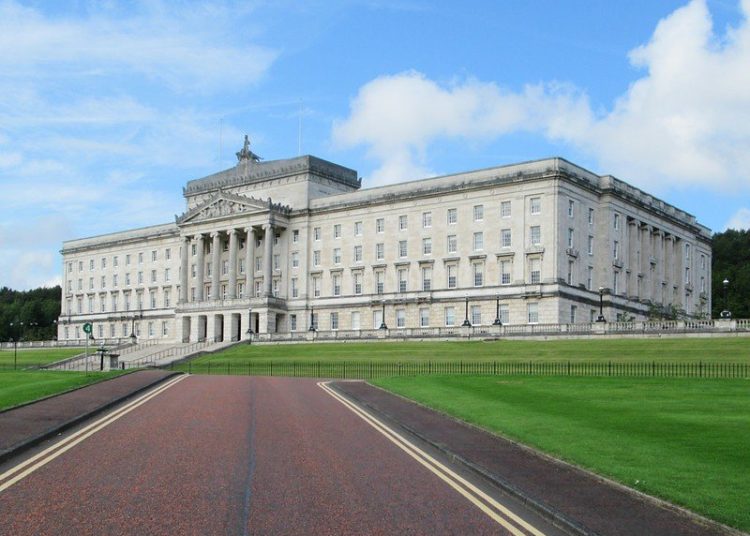 Northern Ireland is on the periphery of both the EU and the UK, and this is why it is right at the nexus of the new UK-EU relationship. It is why the withdrawal negotiations ended up concentrating so intensely on ‘the Irish question’. And it’s why Brexit-related stories continue so often to be centred on this small place, with accompanying tales of UK-EU tensions.

Working out the terms of the new UK-EU relationship had to accommodate the very particular position of Northern Ireland. It is economically, politically and culturally both British and Irish. This is reflected in its trade as much as in its traditions. And so a compromise arrangement was necessary.

The compromise the UK and EU came to was the protocol on Ireland/Northern Ireland. It was wrapped up as an essential part of the withdrawal agreement and thus it came into effect officially on 1 February 2020. However, it wasn’t until the transition period was over that the full implications of the protocol became clear.

During the transition period, businesses in Northern Ireland had been calling for clarity and information from the UK and EU about the protocol. According to the terms of this agreement, Northern Ireland would be de facto in the EU’s single market for goods and the Union Customs Code would apply on goods entering it from non-EU countries, including Great Britain.

In some ways, therefore, what the UK-EU future deal looked like would have a direct impact on what would be required when moving goods between Britain and Northern Ireland. In this way, 1 January 2021 would mean changes for trade within the UK as well as with the EU.

It is unsurprising that this has been a hugely significant change for Northern Ireland. Coming on top of deep political divisions in the region about both Brexit and borders, the impact of the past 100 days can be characterised as one of growing ‘unease’.

On 1 January, the secretary of state for Northern Ireland tweeted, “There is no ‘Irish Sea Border’”. This exemplified the UK government’s attempt to downplay the significance of the protocol for intra-UK trade. However, the end of the transition period meant that such rhetoric and reassurances were now having to stand the test of reality.

And the reality was – as many replies to Brandon Lewis’ tweet indicated – one of quite evident change. There were empty shelves on supermarkets. There were “we do not deliver to Northern Ireland” messages on UK websites. There were inspections of British goods on British lorries in Larne harbour.

Border troubles on the island of Ireland

Some of the worst disruption was a knock-on consequence of the pre-Christmas closing of the UK-France border due to Covid-19 concerns. Other aspects of it were due to caution on the part of British suppliers and, in some cases, a lack of preparation.

In the effort to prepare British companies for the end of the transition period, the UK government did little to draw attention to the fact that new rules would apply on goods moving into Northern Ireland. Customs declarations, certifications, pre-notifications, details on how each consignment was being transported across the Irish Sea … All this required awareness of the rules and an ability to comply.

In some cases, British companies decided it was not worth it.

Lack of time to prepare for Brexit

And there were other aspects of disruption too. Particularly coming in the middle of a global pandemic, the lack of time to adjust and prepare for the new regime was all too apparent.

Everything was coming too late. Information on new schemes to give financial support for facilitating movement of goods was issued mid-December. News of ‘grace periods’ to allow adaptation to the new rules was confirmed mid-December. Trials of some the new IT systems on which all these new processes depended were still occurring in mid-December.

All a matter of days before the new rules came into effect.

EU have to oversee new rules

The UK authorities may be charged with implementing these rules, but the EU is overseeing the degree to which they are practiced, because it is the integrity of the EU’s single market that’s at stake if things go wrong.

There’s a need for adjustment and flexibility on the part of both, but all that depends on the degree to which they can work with each other on a basis of trust.

Control of British borders will not be taken back

And this is where we come to the tensions of the situation. For all its promises to ‘take back control of our borders’, the UK government has decided to do this as slowly and ‘lightly’ as possible when it comes to British borders. This has helped minimise disruption for the flow of goods into Britain.

It has little such discretion in Northern Ireland. What happens here has to be agreed with the EU. This is why, just eight weeks in, the unilateral decision of the UK government to extend the grace periods resulted in the EU instigating legal proceedings against it.

Tensions in the UK-EU relationship have a peculiarly direct impact ‘on the ground’ in Northern Ireland. This reflects the fact that the region is poised in careful balance on the edge of both.

Although the detail of the protocol is primarily about trade technicalities, it is inevitable that adjustment in the UK-EU, the British-Irish, and the intra-UK relationships will raise political anxieties too. This is reflected in the steady growth of demands from all unionist parties in Northern Ireland to ‘scrap the protocol’ – even as nationalists call for its proper implementation.

Northern Ireland is like a microcosm of the economic and political challenges wrought by Brexit for Britain’s relationships with its neighbours. What the past 100 days have demonstrated is that adjustment to these new relationships will take time, and needs to be handled with care.

Katy is senior fellow at UK in a Changing Europe. She is a professor of political sociology at Queen’s University Belfast, and fellow in the Senator George J. Mitchell Institute for Global Peace, Security and Justice. Katy’s project focuses on the post-Brexit status, and future, of Northern Ireland.