Brexit will take us from coronavirus to omnicrisis

Coronavirus is first and foremost a health crisis but it will soon become an economic one – with the cost of Brexit about to be added. 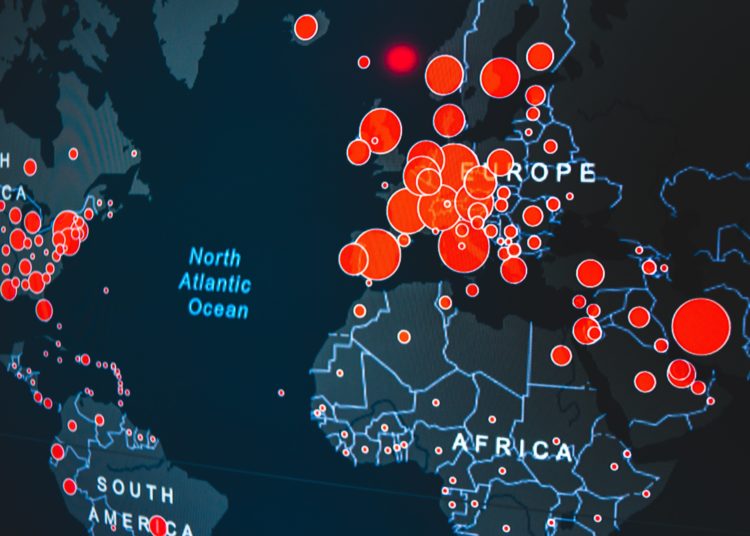 Photo by Erik Mclean on Unsplash

Coronavirus is first and foremost a health crisis but it will soon become an economic one – with the cost of Brexit about to be added. The Social Market Foundation (SMF), an independent think tank, yesterday launched a report that lays out the devastating impact of wilfully boosting a natural crisis with a man-made one.

The report examines what it calls the “significant negative impact” on the UK economy if both events are allowed to run side by side, assuming the government decide to deliver a second massive jolt to the public finances still struggling to recover from the pandemic and its aftermath.

It is the equivalent of repeatedly punching yourself in the face after being poleaxed by an invisible assailant.

Coronavirus has already had an unprecedented economic impact and is forecast this year to give us the worst recession since 1709. The SMF report says that the precise extent of this is far from certain, with independent forecasts ranging from a fall in GDP of 6.5 per cent by the International Monetary Fund to 12.8 per cent by our own Office for Budgetary Responsibility. All are unprecedented. The median forecast shows an 8 per cent drop in GDP – twice the impact of the 2009 financial crisis that took a decade to recover from. This is forecast from the pandemic alone without considering other factors.

The SMF report indicates that the short-run impact of Brexit (2019–24) will reduce our gross domestic product (GDP) by 1.8 per cent or £40 billion a year at best. Leaving without a deal would see this rise to £60 billion a year, on top of the shattering impact of coronavirus. It would come as the government seeks to restore the public finances and convince the markets of our ability to manage this massive increase in the national debt. Note also, that scientists have not ruled out a second wave which may require another lockdown, crippling a weakened economy.

Using existing figures from a range of independent sources, the SMF report, commissioned by Best for Britain, looks at the sectoral and regional effects of the doomsday scenario that Boris Johnson seems fixed upon delivering.

Kathryn Petrie and Amy Norman, the report’s authors, divided the economy into nine sectors for Brexit and looked at how each would be affected under a free trade agreement or a WTO rules no-deal scenario, taking into account the sector’s exposure to external trade in both imports and exports. They conclude that banking/finance and manufacturing would be hit most severely if we leave without a deal in place. Five of the nine sectors would suffer a medium impact even if an FTA is negotiated.

For their assessment of the economic effects of coronavirus, the authors divided the UK into 16 sectors and conclude that construction, transport/storage and real estate would be the most severely affected. Eight more sectors, including agriculture, manufacturing, retail, accommodation and restaurants would see a moderate impact.

This chart shows how these sectors are affected under an FTA or WTO scenario:

Note how banking and finance, a sector that represents 33 per cent of UK gross value added (GVA) – which measures the contribution made to an economy by one individual producer, industry, sector or region – moves from the medium to the high-risk category if we fail to secure a deal. In Leeds, the report says, 109,000 jobs reliant on manufacturing and finance are exposed to the greatest risk.

Petrie and Norman then looked in detail at the exposure each region of the UK has to each economic sector and concluded that the North East is one of the five regions most at risk, even if an FTA is struck before December.

The report warns of the impact of both Brexit and coronavirus occurring simultaneously. Yorkshire and the Humber would see a fall in GVA 50 per cent greater than that of the 2009 financial crisis, rising to more than double if we fail to strike a deal.

The reports goes on to say:

“…the five English regions most affected by the double impact of coronavirus and Brexit are London and the South East, East of England, West Midlands, North West and North East.”

According to the government’s own assessment from 2018, the North East would see a 10.1 per cent drop in GVA up to 2030 due to the impact of a no-deal Brexit alone.

If we fail to secure a FTA, three quarters of London and half of the North West would suffer the most severe double impact of Brexit and coronavirus. Eleven areas in the most at risk level 5 category have more than 50 per cent of their GVA coming from manufacturing, finance, banking and insurance.

The report identifies multiple threats to the British economy over the next few years, not only from Brexit and coronavirus, but also the expected drop in world trade, the rise in UK unemployment and the fall in EU immigration to fill low-skilled jobs. Unemployment in this country is forecast to double by the end of the year and not return to pre-crisis levels until 2023 at the earliest.

Sam Lowe, Senior Research Fellow at the Centre for European Reform, who spoke at the launch, said the idea that the costs of coronavirus would mask the economic impact of Brexit was unlikely, since Brexit will create additional problems in different areas with different consequences. The implication being the impacts would be easy to identify separately.

The Social Market Foundation is an independent, non-partisan think tank. It conducts research and runs events looking at a wide range of economic and social policy areas, focusing on economic prosperity, public services and consumer markets. It is highly rated by Who Funds You campaign for think tank transparency.