A Driffield pig farmer says she did not vote for the current crisis in the industry when she voted for Brexit. 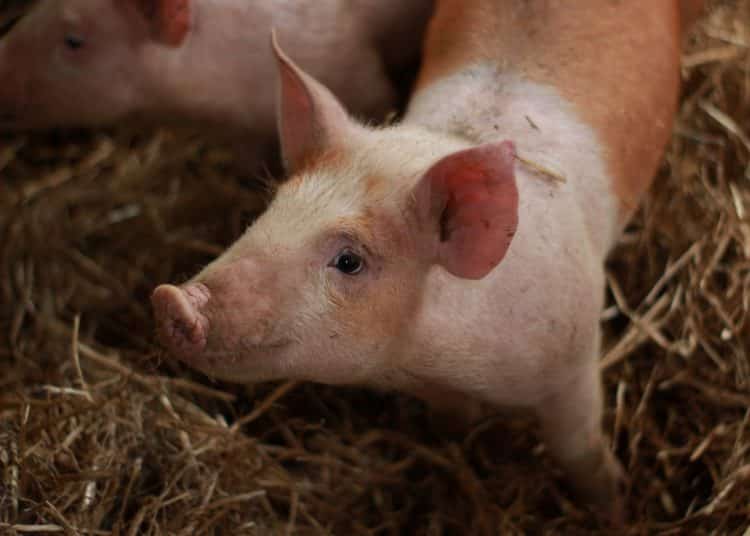 Photo of a piglet by Lauren McConachie on Unsplash

A Driffield pig farmer says she did not vote for the current crisis in the industry when she voted for Brexit. Kate Morgan, who breeds sows at Pockthorpe, has become one of the faces of the pig industry in recent weeks after leading a protest outside the Conservative Party conference in Manchester.

Pig farmer critical of the government

Morgan has also appeared on several TV shows criticising the government for failing to help farmers who are facing having to cull pigs on their farms because of shortage of skilled butchers and abattoir workers caused by a combination of Brexit and the Covid-19 pandemic. Some meat processing plants in East Yorkshire are currently 25 percent down on their normal staffing numbers.

One prime time BBC 1 news feature showed Morgan in tears at her family-run farm over the prospect of having to slaughter her own animals. However, she has also been heavily criticised on social media for having previously campaigned for Brexit in the run-up to the 2016 referendum on whether the UK should leave the European Union.

In a Radio 4 interview this week, she said it was “unfair” that people had drawn comparisons between her support for Brexit and the current crisis facing the industry. “People like to troll people on social media which is really unfair”, she said.

“Yes, I did vote for Brexit but I can assure everyone that is listening that I did not vote for this. I voted for people to be more patriotic, I voted for the government to look after us and to put border controls in.

“There were a number of things I voted on, I went to a number of meetings – nearly one a week – and I was very educated in my vote. I respect other peoples’ vote and they should respect my vote.”

Last week the government announced a new support package of the pig industry, which is strongly represented across East Yorkshire. The measures include new funding for meat processors allowing them to store slaughtered pigs for up to six months, and a temporary visa scheme aimed at allowing up to 800 EU-based pork butchers to apply to work and travel in the UK for up to six months.

“We are so very relieved that the government has finally released some measures aimed at reducing the significant pig backlog on farms.

“We are working with the processors to understand the impact of these new measures and to determine exactly what will happen now, and how quickly, so that we can give pig farmers some hope and stem the flow of healthy pigs currently having to be culled on farms.”

Beverley and Holderness MP Graham Stuart praised local pig farmers for their recent lobbying over the issue and described the new measures as a step in the right direction for the sector. He said:

“This is really welcome news for local pig farmers and I am pleased to see that the government has reacted to the industry’s concerns after I raised my constituents’ concerns with the secretaries of state.

“Allowing more pork butchers to work in the UK on temporary visas will help us to mitigate some of the shortages we have been seeing in the short-term while we continue to work with the industry for long-term solutions through things like better training offers, career options and wage increases, as well as increasing investment into better technology.

“There will be plenty of hurdles still to overcome as we deal with the global issues caused by the pandemic but I think the government has shown it is prepared to step in and act where it has to.

“I am always ready to raise issues with ministers on my constituents’ behalf as well, so I would like to thank the farmers in my constituency who took the time away from their busy schedules to arm me with the information I needed to go to the home secretary and environment secretary and appeal for support.”