Helen Johnson outlines the key issues that divide Leavers and Remainers over Brexit. A small percent of the population think Brexit will negatively impact the economy. 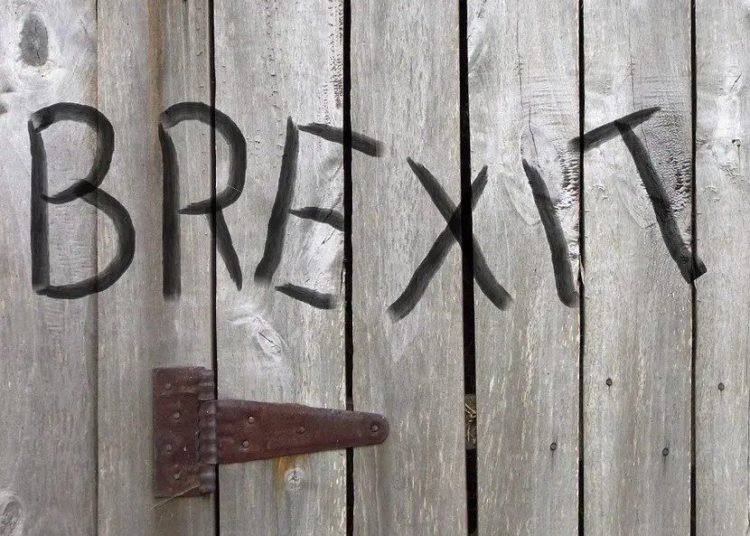 “BRexit door” by mctjack is marked with CC PDM 1.0

Our concern with Brexit and our identification of ourselves as Remainers or Leavers may be fading, but the values divide between us is as strong as ever. This was a key finding of an Ipsos MORI survey carried out in partnership with the EU∣UK Forum.

The findings were presented by Kelly Beaver of Ispos MORI at the latest EU∣UK Forum online event, “The reality of Brexit: public attitudes and expectations of what comes next”. A panel of academic experts reflected on the findings, in a discussion chaired by Paul Adamson.

The political upshot? It’s going to be an uphill struggle for Labour.

So, how was Brexit for you?

Previous polls showed how Brexit’s importance was put into perspective by the arrival of the pandemic, which remains our most pressing concern. While there was a spike for EU/Brexit matters towards the end of the transition period, the survey suggests these are now seen as our third most important issue, with the economy second.

Subsequent questions asked for opinions on the outcomes of Brexit.

For Leave voters, the positive outcome receiving the most votes was regaining control over laws and regulations, while the top answer for Remain voters was the ‘none of the above’ option: “no positive outcomes”.

The one thing that brings us together is the majority agreement (67 percent) that Britain has handled the vaccination programme better than the EU, although opinion on the overall success of our pandemic response is much more varied.

Some of the questions demonstrate the fatal flaw in surveys of this kind, expressed by a contributor to the ‘chat’ facility as “the gap between actual impacts and people’s beliefs and opinions about impacts”.

Significantly, only 30 percent of people seem to realise that Brexit will negatively affect financial services and insurance, for example. In addition, a majority of people think that migration from countries outside the EU will either decrease or stay the same, so the likely future reality may come as a shock (and possibly cause electoral problems for the Conservatives).

Currently six out of ten people feel that Brexit has had no impact on their lives, a result which might have been different if the survey had included Northern Ireland.

On the other hand, 44 percent of people have taken on board the fact that Brexit is not ‘done’, agreeing that there will be “lots more negotiations” over the next few years. Only two in five people think we will build a close relationship with the EU.

The survey showed a decline in the number of people identifying themselves now as strong Remainers or Leavers. However, the majority of us still harbour feelings of resentment towards the ‘other side’, as these rather alarming findings show:

In other words, if you’re invited to the house of someone who voted differently, they won’t be turning the heating on for you.

This potentially reveals an entrenched and ongoing values divide, particularly around cultural issues. A wide gap exists between the views of Leave and Remain voters, characterised at the extreme by our different views on capital punishment:

Paula Sturridge from the University of Bristol described this as “the big story”. Brexit, she said, didn’t create a divide; it attached itself to a fault line that already existed and is still there.

Matt Godwin from the University of Kent explained that as a country we divide into two camps – “cultural conservatives” and “cultural cosmopolitans”. Our attitudes vary accordingly, whether towards national identity, migration, the importance of net zero targets, or Meghan and Harry!

One of the key differences is the attitude of each of these towards nationality. As Paula Sturridge explained, the interaction between Englishness and Britishness is more complicated for cultural cosmopolitans and indeed the graphic above shows very different attitudes to the concept of world citizenship. Meanwhile in Scotland, cultural cosmopolitans are more likely to identify as “Scottish”.

Can Labour make it to base camp?

Sturridge described the values divide as operating alongside others such as economic divisions and divisions of left and right, which makes it very difficult for parties to navigate a course towards winning elections. In particular, the task for the Labour Party was described by Matt Godwin as, “like climbing Mount Everest”.

Labour MPs, he said, are largely cultural cosmopolitans and therefore culturally distant from voters they previously relied on. Labour is gaining votes where it doesn’t need them, and not gaining them where they do. Starmer’s projected image as ‘competent’ is unlikely, he feels, to be enough unless Labour can come up with a different and more appealing unifying vision for the country.

He added that if the Conservatives portray themselves as the party that now represents the values of ‘Englishness’, Labour – an internationalist party – will struggle to win back voters who strongly identify with this.  Likewise, in Scotland the majority of voters are still strongly pro-Remain, according to the survey, and, as Paula Sturridge mentioned, people who might be natural Labour targets there are voting SNP.

Meanwhile, the Conservative Party has fully embraced the currently dominant Brexit/UKIP/EU sceptic vote and is doing all it can to ensure it keeps it onside.

In addition, the success with vaccinations challenges the view that the UK will fare worse outside the EU, with even Remain voters acknowledging approval. The Conservatives are likely to sell this as “Brexit Britain is more nimble”, in Matt Godwin’s words, while the pandemic gives cover for some of the worst effects of leaving the EU.

Brexit has taken a back seat, while the values divide is alive and kicking

So, it seems that many of us have yet to feel the impact of Brexit, which is anyway on the back burner in our minds while we deal with pandemic worries. Most of us are willing to acknowledge that the vaccination rollout has gone better here than in the EU.

The values divide that brought Brexit to pass is alive and kicking. What we’re currently seeing is a Conservative Party emphasising its appeal to one side and a Labour party unable to offer an alternative. Many of us will be hoping they get their act together.

Otherwise, it’s surely only a matter of time before failure to display the Union Jack is a hanging offence.