Brexit has deeply affected the UK customs border, so much so the situation can be likened to the world of Ross Poldark. 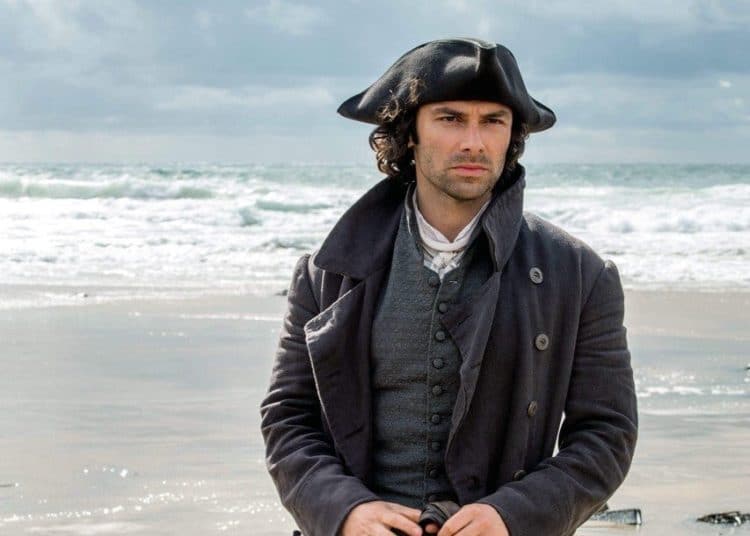 In the middle of the fateful afternoon of Christmas Eve 2020, 196 years after Huskisson, a British prime minister claimed he had “taken back control of our laws and destiny” by accepting the imposition of customs controls between Liverpool and Belfast.

The resulting withdrawal of labour by thousands of European hauliers and lorry drivers was almost as stunning as the CIA-financed strikes by hauliers that brought down the government of Salvador Allende in Chile in 1973.

Brexit and the impact on ferries

Ferries were leaving Holyhead, Liverpool and Heysham “half-empty” when the South Belfast SDLP MP, Claire Hanna, rose in the Commons on 20 January to ask Prime Minister Johnson if he would be straight with the people of Northern Ireland and accept that “a border does exist in the Irish Sea”.

The PM replied in 51 words:

“As the honourable lady may know from what I said to the liaison committee several times, the proof of the pudding is in the eating. Actually, there is more transit now taking place between Larne and Stranraer-Cairnryan, than there is between Holyhead and Dublin, because it is going so smoothly.”

This was immediately denied by the ferry operators at Cairnryan and no ferry has docked at Stranraer since 2000.

It was an Irish Protestant economist, C.H. Oldham, who observed that regular steam navigation across the Irish Sea had begun in the very year that Huskisson abolished cross-Channel customs.

“Mr CWW Williams then started the City of Dublin Steam Packet Company, trading between Dublin and Liverpool, and the C&J Burns Line started in the same year between Belfast and Glasgow. A journey which the sail-packet from Chester had taken sometimes a week to perform now becomes a regular trip of fourteen hours, or less.”

The history of trade between England and Ireland

In the 21st century theSwedish-owned, Chinese-built, Cyprus-flagged roll-on/roll-off ferry Stena Estrid was able to deliver 200 heavy lorries and 150 cars from Holyhead to Dublin in three hours and 15 minutes, until 22 January, when Andy Davies of Channel 4 News filmed her leaving Holyhead almost empty.

Stena Line had diverted her through lack of traffic to a new direct service between the EU ports of Dublin and Cherbourg.

Those hauliers whose customers needed cargo delivering in Northern Ireland were given just seven days to find ways of persuading the new computer systems to accept their lorries, trailers, and even their empty trailers, on the ferries out of Liverpool, Heysham and Cairnryan.

How easy is a ‘friction-less’ border?

This strange ‘friction-less’ border, something that has never previously been attempted by any nation, anywhere, requires the haulier to declare their VAT status and government gateway number before they can be allowed to communicate with the system.

There is a reason for this. Her Majesty’s Revenue and Customs (HMRC) might be able to chase cargo gone astray across the ‘invisible border’ into the Irish Republic by tracing the VAT number of the haulier and making the haulier pay any taxes and fines after the fact.

In the now very familiar tactic of privatisation, almost all the computers running this fiendishly complicated Brexit trading system are in private hands. The civil servants have off-loaded and privatised most of the perceived costs of the untried system on to purchase ledgers of the manufacturers, ferry companies, hauliers and customs agents trying to save their businesses.

In the spirit of WC Fields, the motto is “Never give a sucker an even break”. Only the mighty revenue-collecting HMRC computer remains state-owned.

An ‘invisible border’ risks the return to the counties of Armagh and Down of smugglers much more dangerous than Ross Poldark and his crew of unemployed tin miners.

Permission to load some machinery in Doncaster for delivery to an engineering firm in Coalisland, Co Tyrone, in the second week of January, required the following:

The system then ordered the haulier to:

“This is a transitional arrangement, and you will need to include all TSS consignments on GMRs in future, we will let you know when this is required. The Movement Reference Number is provided by TSS in ENS confirmation emails and can also be found within the declaration record on TSS.”

In medicine, TSS stands for toxic shock syndrome, a “a rare but life-threatening condition caused by bacteria getting into the body and releasing harmful toxins”.

TSS, in the bizarre world created by Lord Frost, Britain’s ‘chief negotiator of task force Europe’ is the government’s trader support service. This service is so complicated that it has already generated its own “world-leading customs and trade academy supporting the Northern Ireland trading community”.

TSS offers free educational courses for all registered traders and certainly delivered some toxic shocks. Peter Summerton, commercial director of McCulla [Ireland] Ltd, a long-established haulier of chilled and frozen food, said, “It was always going to be a complete car crash. We warned the politicians about this; it can’t be described as teething problems”.

The disunited kingdom regressed further into the world of Ross Poldark when the Brexit government announced that 50,000 new ‘excisemen’ would be needed for handling 260 million customs declarations every year under its so-called trade and cooperation agreement.

Moving silos built in Northern Ireland for installation on a ship in Belgium designed for constructing wind-farm towers in the North Sea involved six computer inputs in Northern Ireland, England, the Netherlands and Belgium. For eight hours, the so-called system declined permission for two of the lorry drivers hauling the 20-tonne 3.6m diameter silos to set down their abnormal loads at the Killingholme ferry terminal in Lincolnshire.

The English East Coast land-bridge ferry ports were not designed for handling slow-moving freight subject to customs controls. Their trailer parks are too small.

Some civil servants at the Department for International Trade could see so little scope for trade and cooperation between the disunited kingdom and the EU that they were found to have been advising British firms to beat the border problems by simply setting up new offices with EU employees in the Netherlands.

Lorry drivers and lorry owners, from Lithuania to Limerick, and from Lerwick to La Linea de la Concepción, have simply been avoiding the disunited kingdom and the semi-detached six counties of Ireland.

There was even an ingenious idea from old freight hands who have suggested avoiding Peter Summerton’s information technology ‘car crash’ by using the age-old TIR procedure, with its square blue marker plates, the agreement by which international road freight was painfully liberalised after 1948.

The International Road Transport Union in Geneva can arrange internationally accepted booklets known as TIR carnets, backed by financial guarantees and insurance companies, so that goods can be moved from one customs post across any number of countries without interference, duty or taxes, until the day the lorry arrives at a customs office near the end of the journey.

That would take many of us back to the late 1970s, to the days when self-employed and self-financed British lorry drivers delivered replacement Chieftain tank engines from Nottingham to the Iranian army by crossing the Tahir Pass in mid-winter, backed by nothing more than a TIR carnet and a suitcase full of cash.

Has it really come to this?