Brexit preparations: are we out of time?

Rushing headlong into anything serious should be worrying at the best of times. But when we’re facing the worst of times any of us have known, it is crazy. 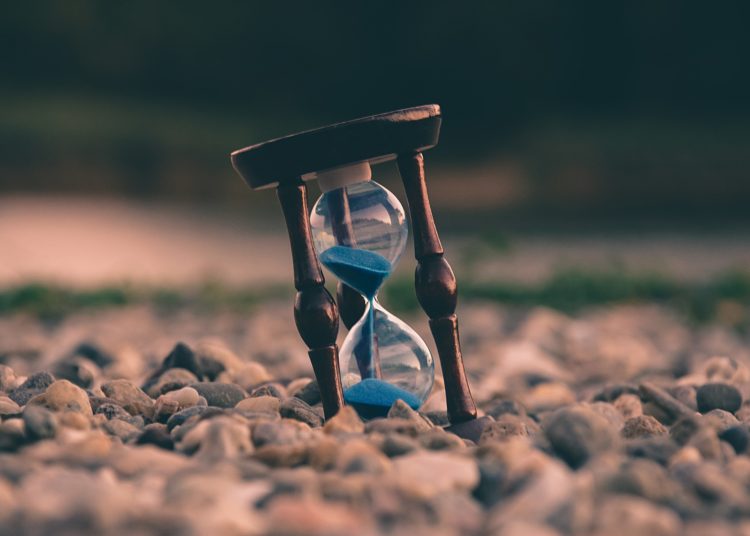 Rushing headlong into anything serious should be worrying at the best of times. But when we’re facing the worst of times any of us have known, it is crazy.

An illusion has somehow been created of there being plenty of time before the transition period ends. But this is far from the reality. The UK government has chosen to push the UK over the cliff edge without proper, extensive and comprehensive arrangements being in place to safeguard the safety and security of our food supplies and the wellbeing of the people living here. And it’s doing so because of a lack of effective scrutiny. It is hard to escape the conclusion that this government is deliberately avoiding scrutiny, whether by the various committees of the two houses of parliament, by the opposition, by the media or by the public.

Maybe the media is complicit. Maybe we have all switched off from politics, sick of the lies, stuck in constant diet of covid headlines. Or maybe we have just stopped paying attention. Whatever the reason, the result is the same: we have been lulled into a false sense of security. We think that MPs have sufficient time to scrutinise and check everything is fine before 31 December.

Parliament has seen its timetable cynically cutback by the Tories over the past couple of years: first a death by tiny cuts (reducing the days parliament is in session), and then the grand slam – prorogation, long holidays, refusing to extend transition, and pretty much any excuse that can be pinned on Covid-19.

The evidence of economic damage is incontrovertible and mounts daily. By choosing not to negotiate sensibly and fairly with the EU, the government has opted not to even try to minimise that. We will become truly one of the poorest countries in Europe, in all senses of the word. Some 18 committees have looked at Brexit related issues this year, including those of the devolved administrations. For some, getting information from government is like getting blood from a stone.

The Brexit committee is officially known as the House of Commons committee on the future relationship with the European Union. It alone has six sub-committees whose agenda is equally packed, and rammed with written evidence. But oral cross-examination matters and is hard to get. Nobody believes that these committees can cover all the essential issues facing us in the time remaining. Nor will they be able to get appropriate adjustments to omissions or steps envisaged by a foolhardy government led by dogma rather than expert evidence.

By any stretch of the imagination, doing something as daft as weakening our ability to look after the safety and security of the UK beggars belief.

To expect the relevant sub-committees to check how new bilateral agreements may be put in place in time is unrealistic. Agreements have to be secured on all kinds of rules regarding the mutual recognition of qualifications and the standards and status of professionals – notably, but not exclusively, in the areas of security and judicial cooperation, customs and border controls.

Negotiating even one set of service level agreements with one law enforcement agency in one of the EU’s 27 member states would be fraught. Deciding how to deal with conflicts of interest, interpretation of the rules and submission of evidence – electronically, translated on paper, or by other means – is tortuous. It is right that the committees look at all this. It is also legitimate for them to scrutinise the detailed impact on the devolved administrations. But the lack of time to hold government accountable is more than worrying.

The evidence from the House of Lords EU scrutiny committee (and its five sub-committees) suggests that the government sees no urgency in responding to any of this. Since 21 February this year, for example, the committee has been trying to get answers from the Rt Hon Brandon Lewis MP, secretary of state for Northern Ireland, regarding his department’s lack of engagement to support the committee’s scrutiny of the protocol on Northern Ireland. First, it was rebuffed with the line that overall responsibility lay with the Cabinet Office and therefore the committee should hear evidence from the chancellor of the Duchy of Lancaster, Rt Hon Michael Gove MP. That happened in May. Gove, in turn, told the committee that responsibility for engagement with the business community lay with the secretary of state for Northern Ireland.

Meanwhile, the press instead talked about problems over the UK refusing to retain the EU Commission information office in Belfast. Since then, the committee seems to have been given the run around and its requests to the secretary of state to give evidence have been refused, at least until after the August recess. The committee has again sought oral evidence before then.

The safety and security of the people who live on the island of Ireland, however, has had little attention except in the odd slogan to “get ready” and the usual vacuous hot air of government spokespersons and MPs. The reality this obscures is that from January, the EU’s external border will go straight through the island. All is far from sorted.

All this matters, because these committees are responsible for examining the progress of the negotiations on the UK’s future relationship with the EU. Given the diplomatic politeness with which the EU has expressed its surprise at the weak commitment of the government to make any genuine progress towards commonly agreed objectives, it is hard to see how the committee’s work can or could encourage the government to behave responsibly.

If this government’s evasion of accountability is typical, how can MPs and the public have any confidence in the claims that everything will be hunky dory come December as long as we prepare? If the government is shifting blame onto each of us for not being able to prepare, maybe it is time we all asked what precisely we are preparing for. Neither individuals nor businesses know what precise problems they must be ready to address.

We have the evidence that cross-border travel and trade will be riddled with extra costs and bureaucracy (visas, no more pet passports, no more roaming, being treated like foreigners when visiting the EU27, limits on what tourists can bring through customs, stacks of form filling, and no more sharing in the arrangements to combat organised crime). We know all the barriers to trade and free movement that were removed when the single market was introduced will now be back. So we must now ask what the government means by saying it is for us to cope with being poorer and less safe and secure. We need government to give us the evidence that it is protecting us.

News of benefit and welfare cuts abound. Farmers and hauliers predict chaos and broken supplies. We are being warned about higher prices and the (in effect) devaluation of sterling. There will be massive shortages of labour in social and health care. Unemployment levels are increasing and job losses are predicted to continue. We face an outlook far worse than that over the Channel.

We need answers. The committees are duty bound to get them before the end of the year.