Almost 100 days since the end of the Brexit transition period, and what we're seeing about the potential impact on human rights is concerning. 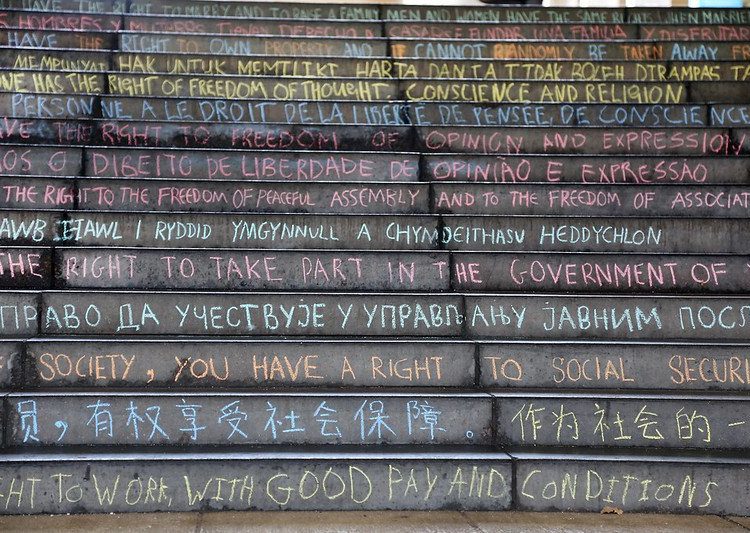 Commentators, campaigners and politicians have been bogged down for years with the painful debate and complex legal wrangling of the Brexit process. When you’re stuck in it, it’s difficult to lift your head up and see where you’re going. But now, almost 100 days in, we’re beginning to do so. And what we see for the potential impact on human rights protections is very concerning.

“The answers are all out there, we just need to ask the right questions.”

The driving-seat question should be: “In post-EU UK, how can we enhance the protection of human rights for everybody, particularly of those who are most vulnerable?”

This is a key question according to over 200 Scottish civil society organisations who signed up to the Scotland Declaration on Human Rights, stating that they want the UK to be a world leader on human rights. They want no going back on rights protections, only going forwards. Their appetite is for human rights law that aims high and higher, not less and minimum.

The first is around the role of the European Court of Human Rights and the extent to which this should be taken into account in UK courts. Any weakening of the UK’s part in the international human rights system would hinder our ability to keep up with our neighbours on human rights advancements.

The second is around the role of the courts vs parliament, and the extent to which the courts have a legitimate role in identifying and sanctioning when law or policy infringes upon an individual’s human rights. Any change to this balance threatens to water down government accountability on human rights.

This problematic review arises out of years of hostility towards the Human Rights Act by key politicians. It also comes in the wake of Brexit reductions to our legal rights protections in areas such as non-discrimination and data privacy, through loss of the EU Charter of Fundamental Rights.

And significantly, it also comes in the context of the UK government’s strong dislike of courts holding them to account on the rule of law and human rights. They have not forgotten the very public shaming of court defeat on prorogation of parliament. Robert Buckland, the lord chancellor, is clearly looking for ways to clip the courts’ wings.

The Internal Markets Act has laid the groundwork for adopting minimum standards for human rights – standards that can potentially be lower than those we currently uphold. Worryingly, if England adopts a low standard in certain policy areas, the rest of the UK is forced into following suit.

In contrast, the Scottish parliament just passed the (second) continuity bill. This includes ‘keeping pace’ powers which enable Scots law to keep up with EU law relatively easily. The core purpose of these powers is to maintain and advance standards, including on human rights and on the environment.

However, the lowest-common-denominator approach of the Internal Markets Act now makes the use of these keeping pace powers much less clear and certain.

Meanwhile, there is heightened concern that the clock is ticking on the time allowed for EU and European Economic Area citizens to secure their immigration status through the EU Settlement Scheme. The 30 June is the deadline for applications.

The rights of children

As it is, many vulnerable people have yet to apply, including groups such as EU children in care where only just over a third have yet applied. To take the protection of their human rights seriously would mean extending deadlines and not penalising them for being late.

“There is no such thing as British politics” has been famously said, and in Scotland, developments around human rights in Scotland are all about answering the question, “what does it mean to show human rights leadership?”

The United Nations Convention on the Rights of the Child bill, that incorporates children’s rights directly into Scots law, has just been passed unanimously and with huge support, not least from children and young people themselves. However, the UK government is now questioning whether parts of it are within the legislative competence of the Scottish parliament and considering whether to clarify this in court.

At the same time, the current Scottish government, if re-elected, has committed to an ambitious new human rights law that will incorporate four more of our UN human rights treaties directly into Scots law.

It feels like a huge relief to many that we no longer have to wrestle with questions such as Brexit or no Brexit? 2nd referendum or no 2nd referendum? Deal or no deal? But it is crucial that post-Brexit human rights decisions are not driven by the desire to reduce protections for our most vulnerable people to the bare minimum.

Instead, let’s find answers to how we keep what we have, and go further to improve and enhance the realisation of human rights for all of us. Answering this will mean more complexity and debate, but it is vital.

Mhairi Snowden is director at the Human Rights Consortium Scotland

Mhairi is director of the Human Rights Consortium Scotland, a network that aims for human rights to better protected in Scotland. She also manages a civil society Brexit project funded by the Legal Education Foundation to enable organisations to work together to understand and influence around Brexit impacts. @HRCScotland; hrcscotland.org