The man once known in Westminster as the ‘Brexiteers’ brain’ has told the Financial Times that if we are going to insist on stringent animal welfare and environmental standards for imported food, we “should never have left the EU.” 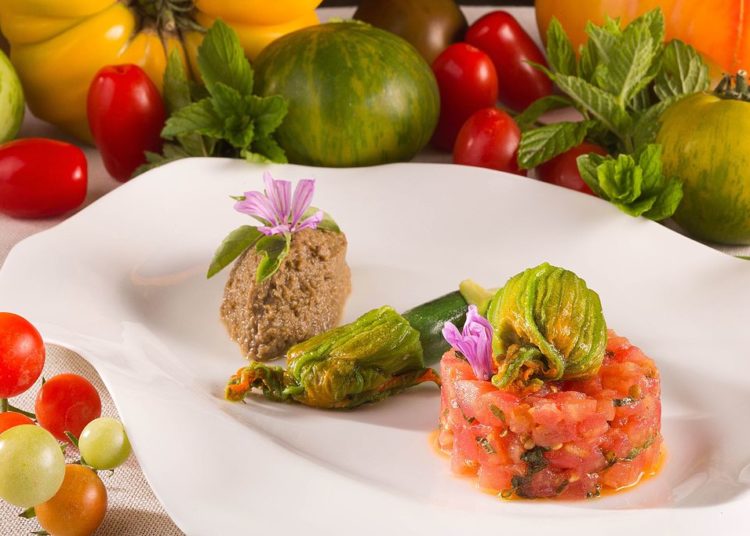 The man once known in Westminster as the ‘Brexiteers’ brain’ has told the Financial Times that if we are going to insist on stringent animal welfare and environmental standards for imported food, we “should never have left the EU.”

This will come as a surprise to many farmers who voted to leave but didn’t expect to find themselves competing with low-cost imports produced to a lower standard.

The FT carried a report on Wednesday, Coronavirus: UK farmers face brutal test ahead of Brexit, essentially dealing with the impact the pandemic has already had on British livestock farming but also on the highly uncertain future ahead. George Parker, the FT’s political editor tweeted a link:

Shanker Singham, Brexiter trade guru, tells the @FT he opposes attaching stringent animal welfare and environmental standards to imports. “If you are going to take that kind of approach, you should never have left the EU,” he says. https://t.co/R3dhGocnVq

Shanker Singham, a fellow at the Institute of Economic Affairs (IEA), a highly opaque right-wing think tank, is said by the FT to oppose attaching “stringent animal welfare and environmental standards” to imports. Singham said:

“If you are going to take that kind of approach, you should never have left the EU. You can dress up your protectionism as something else, but it is clearly protectionism.”

Perhaps it is protectionism. But the FT’s report has charts that show only the Americans spend less of their income on food than we do. In addition, UK farmers make less that 1 per cent return on capital employed, compared to between 6 and 12 per cent for all the other links in the food chain. To reduce this further would put many out of business.

A no deal exit would be extremely damaging to the farming sector, but even if an FTA is struck, Britain faces a crucial decision about its food supply outside the EU. The terms agreed with other countries will determine the level of competition farmers will be faced with from foreign suppliers.

The FT said: “This will affect levels of food self-sufficiency and perhaps dictate whether the UK’s fragmented farming sector must face a brutal transformation into a globalised industry.”

Minette Batters, president of the National Farmers’ Union, says government ministers are divided on how to safeguard the industry post-Brexit. “It’s a major reset moment for food and farming, and a failure to get it right will be disastrous,” she stressed.

Yorkshire Bylines has carried several reports recently about UK food standards and those employed by the USA, including this one using information from a series of tweets by East Midlands farmer Joe Stanley, which shows the huge advantage US Agri-food businesses would have over domestic producers.

Other farming articles on Yorkshire Bylines:

Very few people will have heard of Shanker Singham but they might be surprised to know how influential he has been and continues to be in Brexit. He is the trade ‘expert’ that ERG members and hard-line Brexiters approve of, because he tells them the things they want to hear.

He is known in some circles as ‘snakeoil’ Singham and despite being wrong on virtually every utterance he made on Brexit, he is still held in high regard. He was employed by the shady Legatum Institute, another right-wing think tank funded by Christopher Chandler, a New Zealand born, Dubai-based billionaire, through a foundation registered in Bermuda and controlled by a company in the Cayman Islands

Singham was once described by John Crace as the country’s “leading trade lawyer” who failed to “grasp the basics of international trade.”

Singham now works for The Institute of Economic Affairs at 55 Tufton Street, Westminster, a veritable den of right-wing think tanks none of which are transparent on funding but all highly skilled in producing reports intended to shift politics further and further to the right.

Singham was behind the ‘alternative arrangements commission’ for the Irish border, known as the Malthouse solution after the Tory MP Kit Malthouse. The EU knew it as the ‘madhouse solution’. Legatum even proposed solving the intractable problem using drones or airships cruising up and down the 310 mile land border. Don’t laugh, they were serious.

He has also consistently advocated mutual recognition of standards between the EU and UK, seemingly unaware that it is simply impossible. Mutual recognition of conformity assessments are not unusual in free trade agreements but only EU members recognise each others standards because they have market surveillance and enforcement mechanisms under the European Court of Justice.

This parliamentary briefing note explains it clearly with Michel Barnier’s primer put in simple terms. They are apparently too difficult for Singham to understand, although they seem clear enough to me. It is these very obligations that Brexiters like Singham reject while wanting to enjoy the benefit of the advantages they provide.

At least now we are getting some honesty in the debate. We cannot keep our present food standards and strike free trade deals around the world; especially not with the USA.

Yesterday, The Telegraph included an article claiming Britain is ready to allow chlorinated chicken to be imported but with a high tariff. It is as if we are finally getting close to the brutal reality of Brexit. Despite all the assurances that chlorinated chicken would not be allowed in at all, we find that it will but on a dual-tariff regime. So much for Michael Gove’s assurances. It is the thin end of the wedge.