Vicki Hird takes a look at the impact of Brexit on farming and food. Was ‘project fear’ an under or over-reaction? 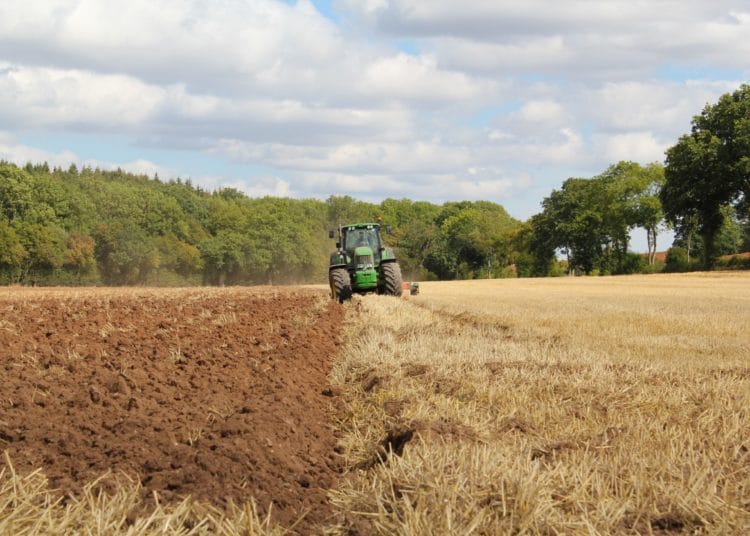 Photo by Richard Bell on Unsplash

Food has experienced a bit of a political renaissance as a result of Brexit. Farmers, workers in the food system, retailers and everyone who eats; all have been uneasy over the real risk that Brexit would negatively impact on our food system. Food and drink exports overall have dropped by £750m. As the British Chamber of Commerce head put it:

“There’s so much complexity … It’s like an onion. The more you peel, the more you cry.”

That has created tensions in Westminster and concessions have been made on protecting food standards. Yet major questions emerging on the resilience, safety and sustainability of our food system since the referendum and have not yet been resolved. There’s the good, the bad and the ugly.

One significant, possibly positive, but as yet unmeasurable, impact of Brexit was the opportunity to decide for ourselves how we as four nations, support farmers, make better use of the land, and regulate farming. The Agriculture Act 2020 emerged after several years in the making and thanks to considerable lobbying has been written to provide a useful framework.

It describes moving from a policy of support, around £3.2bn per year, largely for being farmers – as the European Common Agriculture Policy has mostly been for decades – to one based on payments mainly for delivering public goods like protected nature, critical climate mitigation and clean water. It is abundantly clear from the evidence base that this needs to drive more agroecological, regenerative farming and nature-based solutions for climate.

This is all great in principle, but will the new schemes help to ensure farmers can survive and deliver those vital public goods? Without sorting out the supply chain – which is deeply unbalanced, with a handful of dominant buyers – probably no.

The Act did contain useful new powers to deliver more transparency and fairness in the supply chain. This could help farmers to gain a better deal. But with no timetable for implementation nor action to diversify the hugely concentrated retail sector, it may not be enough.

And we don’t yet have the regulations underpinning all this to ensure nature and climate outcomes are secured via a new, long-overdue environment bill. This should ideally have gone hand in hand with the agriculture bill.

But there is undoubtedly a welcome legislative push to drive action and budgets in ways that should, in theory, help farmers and planet. We just need to make sure there are safety nets and learning as the new schemes are rolled out, so we don’t see bankruptcies, farm amalgamations, job losses and environmental harm.

A bad Brexit effect on food prices and availability, especially for those with vulnerabilities (for instance precarious income, disabilities) is too early to call but it has now been intensified by Covid-19. We warned repeatedly that a no-deal Brexit, and lack of local food preparedness, could be a disaster, pushing voluntary initiatives like food banks over the edge they are already teetering on.

Was ‘project fear’ an under or over-reaction? There are 3.9 million employed in the food system in the UK and it is an industry worth £113bn, to be messed up at our peril. A significant part of that workforce is/was also European and new limits to the availability of such workers could be a real risk.

The food industry has been saying for months that new arrangements will cause expensive friction for food exports and imports. Paperwork, hygiene, tariff and tax checks, delays and freight issues have proved these fears accurate since 1 January.

Small businesses which make up the bulk of food industry are hit hardest. According to the Food and Drink Federation, among the hardest hit were:

The EU export market has always been the logical place for foodstuffs, for which the global market is only a partial replacement. The short-term impact on jobs and on livelihoods, and long term structural change, will be immense unless we do something to smooth frictions and better match UK demand with supply. Sustainability and a just transition must be the focus of a green food recovery plan from both Brexit and Covid.

Our overseas food suppliers too will be affected – £100,000 of tariffs were suddenly slapped on Fairtrade bananas from Africa threatening those farmers and their workers with ruin. Any green recovery must include farming and food.

An ugly race to the bottom for food standards

Throughout the debates on Brexit, a small influential group of European Research Group MPs and outside commentators has suggested we want and need cheaper foodstuffs from wherever we can get it.

Yet we have some of the cheapest food in Europe and if we need to address issues of income, should target wages, house prices and welfare, rather than make food ever cheaper in a race to the bottom on standards which the public clearly don’t want. UK farmers too, see major issues if they have to compete with imports at lower standards.

Public health is a major issue here. For instance, the Toxic Trade report and report on antibiotic use in livestock showed major differences in regulations in potential new trade partners. The US allows many more pesticides and residues than authorised for use here. Government plans to tackle obesity could be at risk from future trade deals.

The Sustain Alliance’s new report Trick or Trade found evidence that demands from future trade partners could lead to a flood of cheap, unhealthy foods into the UK, and that some standard trade deal clauses could threaten plans to halve childhood obesity by 2030, challenging policies to promote healthier eating, by for example attaching labels about sugar content to food.

Breaking with the EU has already been hard, but if we start to really diverge in food standards – such as on gene editing, pesticides or antibiotic use – our farmers and food manufacturers are likely to find our biggest, closest and most amenable marketplace quickly closing its doors.

There is much to discover about what Brexit has meant for food and farming as the impact of new policies, new trade deals and new practical arrangements emerge. But few doubt that dealing with the major critical issues – from tackling climate change and nature loss to obesity and antibiotic resistance – will be any easier alone.

Vicki Hird is head of farming at Sustain but is writing in a private capacity here. Follow her @vickihird and sign up to newsletters here.