The UK and the EU are getting “closer and closer” to a Brexit trade deal, according to officials,. 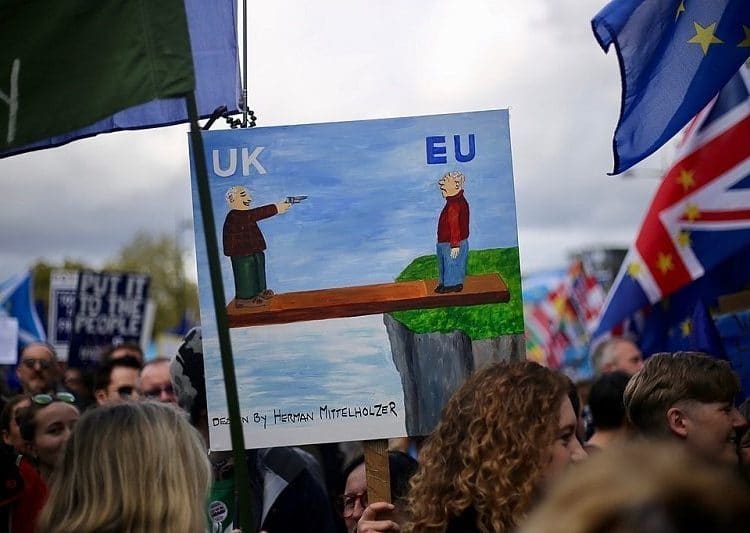 The UK and the EU are getting “closer and closer” to a Brexit trade deal, according to officials, though negotiations may continue until mid-November to avoid a no-deal.

While idly channel surfing recently, I came across the last few minutes of a parliamentary select committee chaired by Hilary Benn. Giving evidence were Paul Everitt, chief executive at ADS Group (aerospace, defence, security and space); Neil Hollis, regulatory affairs manager at BASF (chemicals); and Richard Torbett, chief executive at the Association of the British Pharmaceutical Industry. All three sectors are vital to our economic success.

Their concerns centred on the impact of Brexit on their regulatory compliance and supply chains. All three added that it was now a question of “damage limitation”. So what exactly will this mean in practice? Let us look at each sector in turn.

Aerospace accounts for 7 percent of UK manufacturing output and directly employs 114,000 people throughout the country (2018 government figures). It’s the second-largest national aerospace industry in the world and the largest in Europe, enjoying a global market share of 12 percent in 2018.

Like the automotive industry, it depends on integrated cross-border supply chains, and is concentrated in a few large firms reliant on many sub-contractors. It depends heavily on both European and global supply chains. It supplies wings and engines for the Airbus range – the only global company to rival Boeing, the US giant. Airbus UK is based primarily at Bristol (Filton) and Broughton (North Wales). It directly employs around 13,000 people, supporting another estimated 140,000 jobs indirectly.

The regulatory aspect of aviation is governed by EU regulation via EASA (European Aviation Safety Agency). Outside this, it will face increased certification costs for airlines and manufacturers alike. EASA certifies aerospace products for Airbus plants and other companies in the UK.

At the end of the UK Brexit transition period, duplication of the EASA rules and regulations by the CAA will be unnecessary and costly.

But it’s not just ‘bureaucracy’. This has real implications for all of us. Inefficiency raises costs and adds to the price of holiday travel which affects us all. For example, the vast majority of EasyJet’s destinations are within Europe, so it has set up a subsidiary airline in Austria, enabling it to benefit from operating efficiencies and to continue to fly throughout Europe.

The chemical industry represents 6.8 percent of UK manufacturing: in 2015, it exported £50bn of products. The industry employs 30,000 in research and development. It is the UK’s second largest exporter to the EU after the automotive industry and the second biggest manufacturing industry overall.

BBC News reported that Brexit would hit it hard, according to a paper from the government’s own Exiting the EU committee. It faces “significant non-tariff barriers” – or obstacles to trade. It could be forced into transferring more than 9,000 registrations to the EU in order to continue selling its products there. New chemicals might need to be registered in both the UK and EU. Standard registration fees vary from 1,700 euros (about £1,500) to 34,000 euros (about £30,300). Back in 2018, Mary Creagh (former MP for Wakefield) forecast that 500,000 direct and indirect jobs would be at risk, and billions of pounds of investment.

The ECHA (European Chemicals Agency) was created by the EU under its REACH regulations (registration, evaluation, authorisation and restriction of chemicals). It authorises waste material shipment and processing. After the transition period, suppliers of new chemicals to the EU and UK must follow both EU REACH and UK REACH rules.

Peter Foster, writing in the Financial Times, noted that the UK chemical industry estimated it would cost £1bn to duplicate the EU regime, and that smaller companies might not survive a move to an equivalent UK safety registrations agency. The Cornelius Group’s factory in Suffolk makes chemicals for the production of contact lenses. Their safety registrations, now held in the ECHA’s REACH database in Helsinki, will all need to be re-registered with a new UK equivalent. For the Cornelius Group, this means re-registering 2,000 chemicals – and within a two-year government deadline.

As with aerospace, this will mean unnecessary, costly duplication.

Chemicals of one sort or another are integral to modern life. But they need to be regulated and controlled to avoid disasters like Thalidomide. Duplicating the costly registration process will add to the price of virtually everything we buy without increasing safety or indeed any other benefit, except to be able to declare our sovereignty. And vital chemical supplies, that play a critical role in our science, medicine and technology sectors, could even disappear, as Neil Hollis of BASF warned the Commons Brexit committee.

The picture for UK pharmaceuticals is no better. This industry directly employs around 73,000 people. The annual turnover of pharmaceutical goods wholesalers in the UK was over £42bn in 2017, while the gross revenue from the retail sales of pharmaceutical products amounted to almost £5bn (2015).

The European Medicines Agency (EMA) has now moved from London to Amsterdam. Under EMA rules, a new medicine, following approval, is given a single marketing authorisation, making it available throughout the EU. After Brexit, the UK must set up its own approvals organisation. As Switzerland, another global leader in pharmaceuticals, discovered, critical delays in gaining approval can be six months or more. This is because manufacturers prefer to have their products approved for their largest markets, the EU and USA, first.

Every month, the UK imports around 37 million packs of medicine from the EU, and even more, 45 million packs, flows in the other direction. Some medicines have a short shelf life: they can’t be held up by delays at customs. Lives will be literally threatened, and the UK will be at the back of the queue, to use former President Obama’s memorable phrase: in this instance for new medicines.

You guessed it: yet again, a total waste of time, money, and expertise.

The price of an increased but entirely spurious feeling of sovereignty for some will be paid in potential delays to receiving new treatment and unnecessarily increased costs. It will be paid by the NHS and through them, by every taxpayer in this country.

A Financial Times report in 2018 highlighted Brexit contingency planning, for example, the use of RAF aircraft to transport supplies of medicines around the country to avert potential shortages. It quoted Dr David Jefferys, senior vice-president of Eisai, a Japanese pharmaceuticals company, who claimed that 3,000 to 4,000 marketing authorisations for medicines are held in the UK and must move to mainland Europe. His company is transferring licences for about 60 medicines to Germany. Each transfer costs “about €7,200 – just for the name change from Eisai Europe in Hatfield to Eisai GMBH in Frankfurt.” The total cost, including stockpiling? Between £5m and £10m.

Many patients will wonder whether they can rely on continued supplies of medicines. Access to radioisotopes, essential for cancer treatment, could be limited. Most of these come from the Netherlands, France and Belgium: they cannot be stockpiled, because they decay rapidly. There are reports of a new £25 million express freight service, allowing next-day delivery for small consignments. So let us hope they are not held up in the vast lorry queues at Dover that Mr Gove predicts.

These are just three sectors in UK manufacturing. There are many more, for example food and drink. How do you determine the proportion of pizza topping ingredients at customs? Where did the tomato sauce originate? And if you’re floating, suitably becalmed, at the Irish Sea non-border, where is the pizza shipment destined for? Northern Ireland, or the Republic and therefore the EU?

For over a year, the aerospace, chemical and pharmaceutical sectors (as well as automotive, food and drink and others) have warned that Mr Johnson’s plans for post-Brexit trade, with their casual disregard of regulatory alignment and supply chains, were a “serious risk to manufacturing competitiveness.”

Let us be careful what we wish for.

Edward’s early years spent in New Zealand have given him a double perspective on how he views the UK: that of a native-born Brit, and as seen by a relative outsider. He takes a keen interest in the environment, and the UK’s social and economic history.