Sir Jim Ratcliffe, founder of the chemical company Ineos and Britain’s richest man, plans to open a car plant in France to build the successor to the 4×4 Land Rover Defender which was discontinued in 2016. 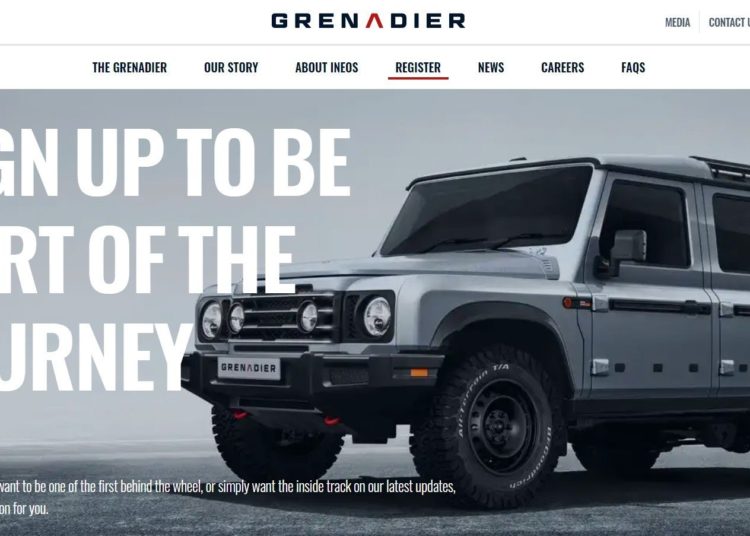 Sir Jim Ratcliffe, founder of the chemical company Ineos and Britain’s richest man, plans to open a car plant in France to build the successor to the 4×4 Land Rover Defender which was discontinued in 2016. Ratcliffe, who was a supporter of Brexit, reportedly moved to Monaco in 2019 in order to avoid paying £4bn in tax.

He is now in advanced talks with Mercedes to purchase their existing plant at Hambach in the Lorraine region of France close to the German border, to begin production of the Ineos Automotive Grenadier, a replacement for the well-known Discovery offroader model. The company website describes the Grenadier as a “no nonsense 4×4 vehicle for the world”.

Ratcliffe had been in talks to build a new factory at Bridgend in Wales and was recently in discussions with the Welsh government, which has apparently spent around £5m supporting the project, to create 500 badly needed jobs in the area.

On the company’s website it still claims: “INEOS Grenadier will go into production in 2021 in a new purpose-built manufacturing facility in Bridgend, South Wales.”

But in a statement, the company now says:

“Although the deal is not yet done, we are confident that terms will be agreed, and that the Grenadier’s new home will be in France. Hambach is a great solution for Ineos, with a highly experienced workforce and an excellent track record amongst Mercedes plants for the quality of its product output.”

Instead of much-needed export earnings, if the Grenadier proves to be a success, it will be imported into the UK after Brexit and add to Britain’s trade deficit with the EU.

Purchasing an existing plant may be convenient for Ineos Automotive, but other potential Brexit-related issues around regulatory alignment and disruption to supply chains must also have played a part. Even with a free trade deal, from a factory in Bridgend, Ineos would have had to provide evidence under minimum content rules that as much as 60 percent of the vehicles’ parts were sourced in the UK, in order to avoid tariffs when selling into the EU market. This additional inconvenience may also have influenced the decision.

It demonstrates that for manufacturers in industries with highly integrated supply chains and significant tariffs, locating plants just outside the single market with its 450 million consumers does not make economic sense.