The first 90 days of Brexit have had a huge impact on British export. Yorkshire Bylines will be counting down until we reach 100 days. 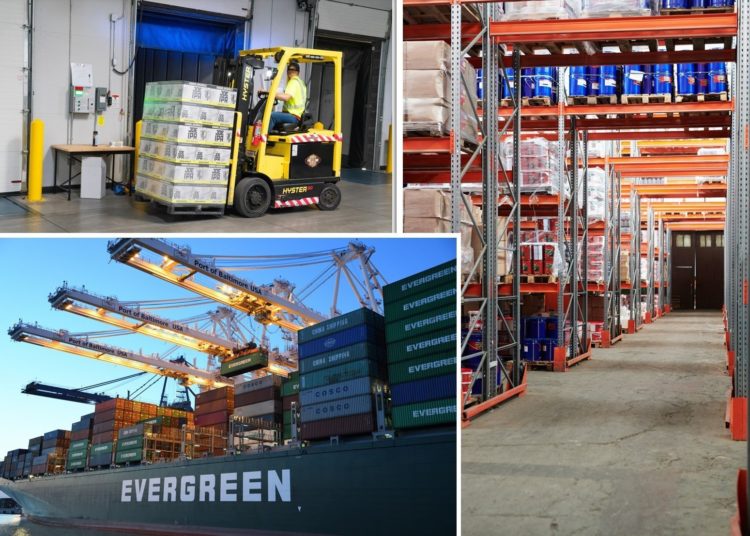 Just before 10am on December 30, as 2020 was drawing to a welcome close, Boris Johnson rose from the thinly populated green leather benches in the House of Commons and launched the second reading of the EU (future relationship) bill, implementing the trade and cooperation agreement (TCA) into UK law.

He opened by proudly telling MPs, the TCA, “should allow companies to do even more business with our European friends” and “British exporters will not face a sudden thicket of trade barriers” [our emphasis].

A month later, exports to the EU had suffered the largest drop since records began, plummeting by a calamitous 40 percent as exporters ran headlong into the permanent and ‘sudden thicket of trade barriers’ Johnson had explicitly said they wouldn’t face. Exports to Ireland fell by 65 percent.

UK importers meanwhile have escaped the worst and are yet to navigate a similar wall of new paperwork for goods coming the other way, after the phased introduction of border checks, scheduled to begin this month, was delayed to January next year because the infrastructure isn’t ready.

Despite this reprieve, imports still dropped by a massive 29 percent. Trade with the EU is slowly collapsing, even as a campaign of sponsored ads by the government attempts to present Brexit as a runaway success.

This is the story of the first 90 days (Yorkshire Bylines will be counting down and marking the next 10 days until we reach 100 days of Brexit).

On Monday 4 January, the first post-Brexit trading day, the president of Cboe, a pan-European equities exchange platform, was shocked to see €1.5 trillion per year (not a typo) of EU share dealing shift seamlessly away from London into Europe, mainly Holland.

By the end of January, Amsterdam had displaced London in share trading volumes for the first time in modern history, with a 300 percent increase to an average of €9.2bn a day compared to London’s €8.6bn. The City was no longer the main location for European share dealing.

Within days, trading of euro-denominated derivative swaps in London dropped from nearly 40 percent of the market last July to 10 percent in January, according to a survey published by data provider IHS Markit in early February and reported by the Financial Times. European platforms’ market share rose to 25 percent.

A survey of financial service leaders showed London had lost its crown as the world’s top financial centre, suffering a 19-percentage point fall and allowing New York to take over as the pre-eminent hub.

From Peterhead to Brixham, fishing communities woke up in January to find not only a mass of red tape blocking their path to traditional markets in Europe, but that some products, notably LBMs (live bivalve molluscs) could not be exported at all, due to pre-existing rules that the UK had helped to draft.

For many companies, including some who actively campaigned for it, Brexit has proved to be an existential threat. Ian Perkes, a Brixham fish merchant, gave an interview to Bylines TV and admitted that Brexit had brought his company to its knees “almost overnight”.

“If I could turn back the clock, would I have voted Leave? Of course not,” he said, “I think me and many others have made a mistake.”

Whitby crews told The Yorkshire Post they will be worse off after Brexit.

The Food and Drink Federation, in a snapshot of UK-EU food and drink trade for January, revealed that exports of food to the EU had fallen by more than 75 percent. Covid and pre-Christmas stockpiling were contributory factors, but much was blamed on “new non-tariff barriers faced by UK exporters and the collapse of groupage movements which has shut out many SME exporters”.

A cheesemaker from Cheshire lost 20 percent of his business overnight as EU rules require a £180 health certificate to be provided on orders to EU consumers for gift packs of his award-winning wax-wrapped cheese worth £25 or £30. His online retail operation is now at risk after coming to a “dead stop”.

Business leaders in the chemicals industry wrote to ministers in February with ‘concerns’ that a new system of chemicals regulation will “hit UK industry hard across a range of manufacturing sectors”.

Plans to introduce a UK version of REACH — the EU system for registering chemicals — is set to cost the industry £1bn, reported the Financial Times.

Director of trade facilitation at the British Chambers of Commerce, Liam Smyth, suggested the extra time and cost of EU trade had resulted in an “exodus of British business from the market”, which he feared would increase as time goes on.

Mr Smyth told the International Trade Committee that businesses face “an existential problem” with the TCA.

Fergus McReynolds, director of EU affairs at Make UK, said the level of disruption had exceeded his expectations, with a poll suggesting the majority of companies were experiencing increased costs and difficulties.

Brexit and logistics and distribution

Brexit had driven a ‘warehouse boom’ in Holland and other EU member states in the run up to the end of the transition period as British companies sought to avoid delays and reduce the cost of cross-border trade. The Digby-Jones index records dozens of British and foreign firms, including big names like JD Sports, Designers Guild and bike maker Gocycle moving operations.

Exporters of meat to the EU soon faced the same problems as fish merchants with costly and cumbersome customs and health checks, cancelled orders, and rotting meat having to be destroyed before reaching the continent.

Alan Swinbank, emeritus professor of agricultural economics at Reading University has suggested that, “Farmers will be squeezed very heavily”.

He claimed that, apart from being unable to compete on price, farmers will lose out from the loss of the direct payments that they used to receive under the EU’s common agriculture policy. The new DEFRA systems such as the environmental land management scheme may provide some income, but Swinbank cast doubt on whether all farms will be able to make up for the overall loss.

Britain’s £35bn fashion and textile sector, which employs a million people, is facing “decimation” after the deal with the EU left “a gaping hole where promised free movement for goods and services for all creatives, including the fashion and textiles sector, should be”.

The UK trade policy observatory (UKTPO), a department of Sussex University, has analysed the ONS trade data for January.

UKTPO claims that comparing January 2021 with the same month in 2020, as the ONS did, is not ideal since January 2020 was itself down on previous years due to no-deal stockpiling. To try and account for any volatility they used the average value of trade in the preceding three years (January 2018, 2019 and 2020).

This has the effect of increasing the amount by which trade fell in January to 46.5 percent.

Next, to eliminate the covid factor, UKTPO compared UK trade with the EU, to our trade with the rest of the world. While EU exports plummeted by 46 percent, exports to non-EU countries fell by only 9.5 percent.

UKTPO then looked at a range of different industries which saw a change in exports, discovering that, depending which metric was used, between 85 and 99 percent of industries saw EU exports decline, while only 63–67 percent saw a drop in non-EU exports.

All of which points, they say, to “clear evidence” of a substantial Brexit effect.

It is now abundantly clear that the massive overnight changes to trade terms, which industry only learned about with seven days to go and with inadequate guidance and woeful preparations, have been a disaster for Britain’s £700bn a year trade with the EU.