The covid pandemic and the fallout from Brexit have created a perfect, if unwanted, storm across the agricultural sector. 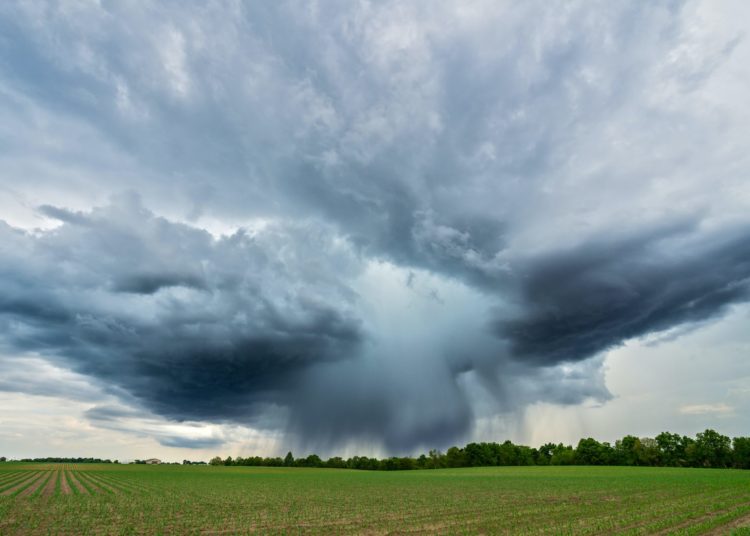 A storm gathering over a field, image by NOAA for Unsplash

Welcome to the world of Brexit where familiar items are missing from supermarket shelves, haulage firms can’t find enough drivers to move their loads and farmers are struggling to supply their produce.

While it’s true that the impact of a global pandemic is also at play here, the coinciding fallout from the UK’s departure from the European Union has created a perfect, if unwanted, storm across the agricultural sector.

Brexit and covid: a perfect storm

Take Soanes Poultry, a family-run business since 1947 based in picturesque countryside near the village of Middleton on the Wolds, between the East Yorkshire market towns of Beverley and Driffield.

Soanes Poultry rears and prepares chickens within a 22-mile radius of its main factory and sells to butchers and independent retailers across Yorkshire and to wholesalers nationwide. The company prides itself on traditional values of quality and service – and on rearing Yorkshire’s tastiest chickens while maintaining high standards of animal welfare.

It has grown from hand-delivering chickens to customers in wicker baskets, to a hi-tech five-day a week operation across Yorkshire and beyond, employing a team of drivers and a fleet of refrigerated vehicles.

Earlier this year Soanes opened a new training hub as part of a big investment aimed at recruiting and retaining workers. Two years in the planning, the hub was seen as a vital part of the firm’s ambition to increase output by 20 percent.

Unfortunately, the double whammy of Brexit and Covid has combined to hit the business hard.

“Over the last two years we have invested £1.5m to increase capacity due to consumer demand and now we are having to reduce the number of chicks that we rear because we don’t have the labour to process them.

“Brexit and coronavirus have created the perfect storm that has resulted in 1.3 million EU workers returning to their own countries and this has had a significant impact on production.”

Mr Upson said he believes the government is either unaware of the crisis facing the industry – or unwilling to accept it as fact.

“Last week we were 20 percent down on staff. As a consequence, we have had to scale back production and have had to temporarily shut the training hub because we can’t release staff from processing for training.

“If we lose any more of the team, we will be forced to cut back production even further.

“This will cause shortages for our customers and consumers, halt investment and have wider impacts on our supply chain and support for the local economy.

“The crazy thing is there are still people being paid to stay at home on furlough when the country is struggling for staff to produce food and other essential items.”

Labour shortage due to Brexit and covid

The prospect of losing EU migrant workers after Brexit was one of the factors behind the decision to invest in the training hub and develop a grow-your-own approach to recruitment. However, while the facilities are now here, the would-be workers are not.

“With a large number of migrant workers returning home as a result of Brexit and then the pandemic, we simply don’t have enough people to meet our current production levels, let alone expand it by 20 percent as we had planned”, said Mr Upton.

“I recognise the government wants to focus on investing in the UK’s domestic labour force, especially given the rise in unemployment due to the pandemic, and we have built this state-of-the-art training facility in recognition of this.

“But the shortages we are facing are happening now, not in the future, and bringing UK workers into our sector is easier said than done, especially in the short term.

“Unemployment is about 3.4 percent in the East Riding, and with around three percent being widely recognised as essentially being full employment, there simply aren’t enough local people to fill our vacancies.”

As a result, he’s also worried about fatigue among the existing workforce as they are faced with picking up the slack. According to the Association of Independent Meat Suppliers, demand for meat is expected to be higher than usual this summer, with many more people holidaying in the UK instead of travelling abroad.

However, many in the industry fear that supply chains are not going to be able to cope due to the shortages.

Conservative MP for Beverley and Holderness Graham Stuart, who backed Remain in the Brexit referendum and who is now a trade minister, recently visited the Soanes Poultry site in MIddleton and lent a sympathetic ear. He said:

“It was really interesting to see the significant investment they have put into the company over the last couple of years and I hope this helps to support nearby farmers and create local jobs in the years to come.

“I know my colleagues in the Treasury, the Home Office and the Department for Environment, Food & Rural Affairs have been engaging extensively with the sector in recognition of the issues it’s facing.

“The government’s plan for jobs has innovative schemes to boost employment, like the Kickstart Scheme and the Lifetime Skills Guarantee, and the fact that predicted peak unemployment has gone down from 12 percent to just six percent shows that it’s generally working.

“However, I know from speaking to Nigel that there are still improvements to be made and that there could be more of a focus on his industry. All these various issues being at play is why I’m urgently seeking meetings with ministers to raise Nigel’s concerns with them.”

The realities of Brexit are playing out in real time, as the UK attempts to navigate its way through a pandemic whilst severing links with its closest and biggest trading partner. The results so far are not pretty.