The fourth round of future relationship negotiations, which took place by a series of video calls, ended yesterday lunchtime. At his press conference Michel Barnier made his now familiar announcement that once again there was "no substantial progress." 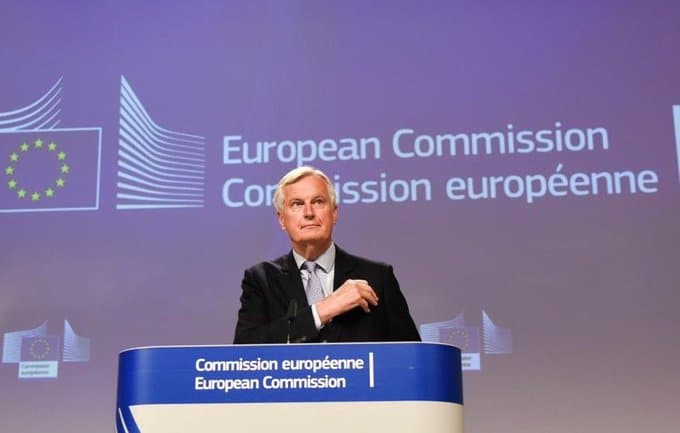 The fourth round of future relationship negotiations, which took place by a series of video calls, ended yesterday lunchtime. At his press conference Michel Barnier made his now familiar announcement that once again there was “no substantial progress.” Not only that, he said there had been “no substantial progress since the beginning of these negotiations, and that we cannot continue like this forever.”

In a sign of growing frustration he accused Britain of backtracking. The BBC tweeted a clip of his speech:

Barnier set out the precise areas where he claimed Britain was ignoring the agreement reached last year, which he said, “was negotiated with and approved by Prime Minister Johnson.” The clear implication being that Johnson was ignoring or repudiating what had already been agreed.

To the EU it appears we have started a fresh page without looking at the political declaration, which was approved by the leaders of the EU27 with the backing of the European Parliament, and which Barnier says is and will remain “the only valid reference.” Yet he added:

“round after round, our British counterparts seek to distance themselves from this common basis.” [emphasis in the original]

He listed four “concrete examples” where he claimed this was happening. These were the level playing field provision, nuclear safety, anti-money laundering and a single overarching institutional framework or governance.

Regarding the level playing field provision, paragraph 77 of the political declaration starts:

Given the Union and the United Kingdom’s geographic proximity and economic interdependence, the future relationship must ensure open and fair competition, encompassing robust commitments to ensure a level playing field …

The UK’s mandate of February 2020 makes no mention of a level playing field and in David Frost’s letter dated 19 March he says:

“Alternatively, you justify [level playing field conditions] in terms of trade flows: yet the EU did not insist that the US made any ‘level playing field’ commitments in the TTIP negotiations beyond those typical to an FTA, although US and UK trade flows with the EU are roughly similar.”

It appears that we are complaining now about a provision we agreed to last year.

On governance, paragraph 118 of the political declaration states clearly:

The future relationship should be based on an overarching institutional framework covering chapters and linked agreements relating to specific areas of cooperation, while recognising that the precise legal form of this future relationship will be determined as part of the formal negotiations. Where appropriate, the Parties may establish specific governance arrangements in individual areas.

But Frost’s letter of 19 May says:

“First, we have tried to be clear consistently that we are looking for a suite of agreements with a Free Trade Agreement at the core … I remain convinced that it would be very straightforward for us to agree a modern and high-quality FTA and other separate agreements.”

This is further evidence that the UK government is indeed seeking to resile from what they agreed to last year and although the political declaration has no legal force, it has a great deal of political force. The EU27 see it as the foundation on which the future relationship will be built.

Brexiters seem to have difficulty in understanding why the EU keeps coming back to the political declaration or in coming to terms with the EU27 acting in their own sovereign interests. Frost seems to labouring under the erroneous idea that the EU is under some kind of legal obligation to offer us, a non-member, things they have offered other countries instead of what is in their interests.

It is noticeable that David Frost never joins the press conference, or holds his own where he can be questioned. He simply releases a bland statement after the event. Yesterday he tweeted: