Michel Barnier gave an interview yesterday to the European Policy Centre (EPC), a Brussels-based think tank, which has Herman Von Rompuy as its president. 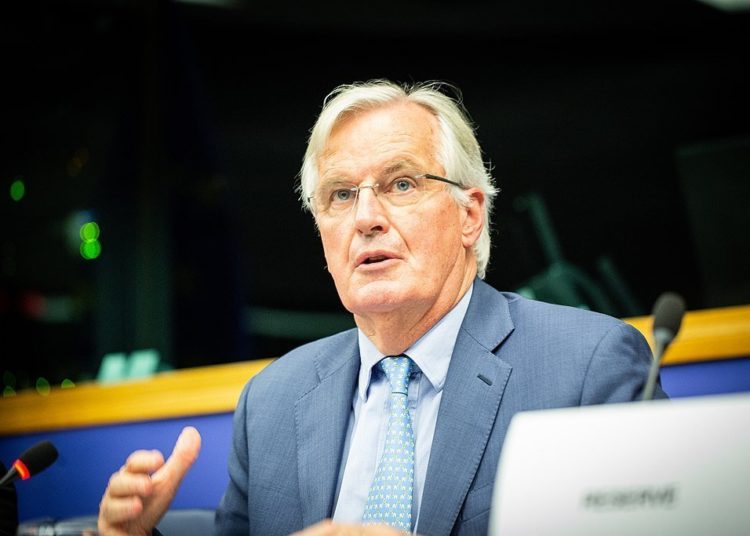 Michel Barnier gave an interview yesterday to the European Policy Centre (EPC), a Brussels-based think tank, which has Herman Von Rompuy as its president. Some commentators seemed to think Barnier hinted at more flexibility on fishing so it may be that some progress is being made on the substantive matters.

The whole 55 minute interview is available on YouTube HERE. He was speaking on the day that more warnings on the dire consequences of leaving the EU without a trade deal were issued about the pound and the future of UK car manufacturing.

The EU chief negotiator told Fabian Zuleeg of the EPC that his problems do not relate to timings or methods “but to substance – the UK keeps on backtracking on commitments made in the political declaration. Yes, it is not binding but it was agreed at the highest level, every comma, with Boris Johnson.”

Barnier said, “We are not naive. We want zero tariffs and zero quotas and we want the trade to be free and fair. I am disappointed that the UK doesn’t want to engage on this. In other trade deals (AUS, NZ, US) the UK seems to want a level playing field but why not with us?”

On the Northern Ireland protocol, he added,

“We need the UK to implement the withdrawal agreement in all its areas. Progress on Northern Ireland remains unsatisfactory. The UK needs to move beyond good intentions to operational measures.”

But it is precisely this moving from good intentions to operational measures that is creating serious issues in Northern Ireland. Sammy Wilson, DUP MP for East Antrim, angrily asked Johnson at prime minister’s questions yesterday, about a letter sent to the Port of Larne saying it should “prepare to become a border control post [BCP], and 14 acres of land has been looked at for car parking, for lorry parking and for construction.”

The PM stuck to his line that  “absolutely categorically” there would be no “new customs infrastructure”, perhaps hiding behind semantics to avoid facing up to what he has already agreed. The BCP may not be a “customs post” but it is certainly new and will occupy fourteen acres, whatever it’s called.

This came on the day that the FT carried a report about the future of sterling, with a Bank of America analyst suggesting that it was now an “emerging market” currency since it was “evolving into a currency that resembles the underlying reality of the British economy: small and shrinking with a growing dual deficit problem.”

Emerging market was once regarded as a euphemism for “third-world” and still has that connotation for many.

“Failure to reach a deal on Britain’s future relationship with the EU within the next six months would be “disastrous” for the pound, he said.  “Sterling could fall to $1.10 or below, from $1.25, while the euro could converge to parity from £0.90.”

To add to the pressure on Johnson, the Society of Motor Manufacturers and Traders (SMMT) published their annual automotive trade report for 2020 showing the importance of car manufacturing as “Britain’s biggest exporter of goods by a considerable margin.”

It describes the EU as “the UK’s largest trading partner and currently the world’s second largest market after China for new cars.”  The government is reminded that “some manufacturers [Nissan] have already publicly stated that leaving without a deal would undermine the viability of their UK operations and encourage them to put future inward investment elsewhere.”

The impact on car making in the UK is seen in another graphic, the light blue line showing how production would fall without an EU free trade deal.

The SMMT says that ending the UK’s transition period without a preferential trade deal in place would “cut UK production by a further 200,000 units in 2021 compared with the 1.1 million units produced if a deal is agreed, and leave it some 400,000 units lower in 2025 when compared with the 1.25 million units expected to be produced with a deal in place.”

To add to the growing number of massive issues in Johnson’s inbox, this morning the BBC are reporting that “UK Councils fear bankruptcy” as the costs of managing the covid-19 crisis become clear.

Building on our community spirit

Building on our community spirit