AstraZeneca and Brexit: the hardest pill to swallow

The urgency of  an agreement on mutual recognition has intensified as the demands of developing vaccines to fight the pandemic grow. 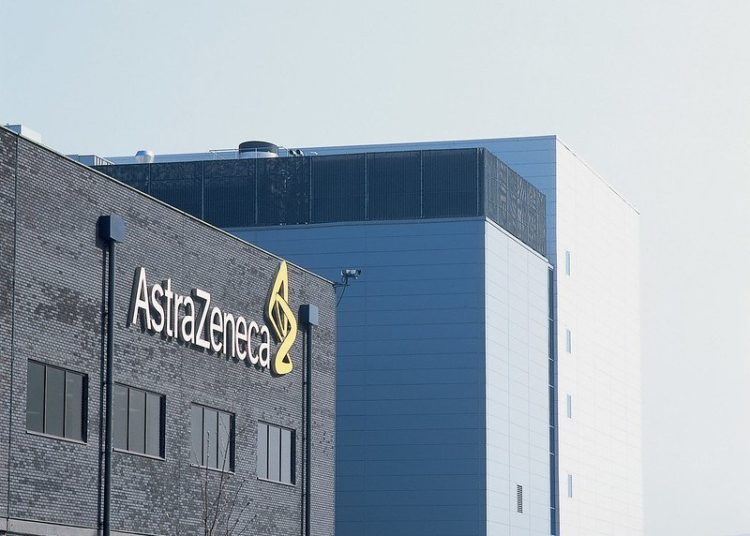 AstraZeneca by Cheshire East Council is licensed under CC BY-NC-ND 2.0

It should be welcome news that the Covid-19 vaccine being developed by Oxford University and AstraZeneca has been shown to work as planned, as reported by Sky News last Thursday. But in the light of Brexit it is somewhat bitter sweet.

On 16 October, Richard Torbett, chief executive of the Association of British Pharmaceutical Industries issued a stark reminder of how serious a no-deal exit from the EU could be.

“No deal is not in the interest of patients, the pharmaceutical industry, or the economies of the UK and the EU. As long as a window of opportunity remains, negotiators must keep talking and agree a comprehensive deal…

“Our members are preparing for the end of the transition period at the same time as coronavirus cases rise across Europe. This should be enough to focus minds”.

One example of how devastating a no-deal Brexit would be is to look at AstraZeneca, the British-Swedish pharmaceutical giant. Voted one of the top science employers worldwide in the prestigious Science 2019 Top Employers Survey, they employ 6,500 staff across five sites in the UK and support around 35,000 other jobs. They also account for 1 percent of the UK’s gross domestic product (GDP) (in 2019, the entire UK fishing industry accounted for just 0.12 percent of our GDP).

AstraZeneca has a huge plant in Macclesfield, to the south of Manchester. As of March last year, the site employed around 3,500 people in a variety of operations, including IT and science, as well as the manufacturing arm, which accounts for around 900 workers.

Eighteen months ago, reports emerged that jobs were going at the Macclesfield site, with much speculation around the comments made by non-executive chairperson Leif Johansson about Brexit. According to Cheshire Live, it was widely reported that Johansson had said that the company would not invest in its British operations while Brexit uncertainty continues.

Part of the company’s nervousness is down to the regulations. To protect public health and ensure the availability of products of the highest standard, all medicines must be authorised before they can be placed on the market in the EU. The European medicines regulatory system is based on a network of around 50 regulatory authorities from the 31 EEA countries (28 EU member states plus Iceland, Liechtenstein and Norway), the European Commission and EMA (European Medicines Agency).

In the UK, the Medicines and Healthcare Products Regulatory Agency (MHRA), an executive agency of the DHSC, provides this ‘marketing authorisation’. Up until now, drugs approved by the MHRA were accepted across the EU, but during the transition period over 370 of these centrally authorised products have now been transferred to authorities in other EU states plus Iceland and Norway. After January, MHRA market authorisations will only apply to the UK, and new drugs will need separate EU approval. No trade deal will avoid such costly duplication. The EU does not automatically accept drugs approved by any third countries.

This has also led to fears that new treatments will be delayed. Global drug makers are expected to favour the larger EU market first, since it represents 25 percent of world sales compared to the UK’s 3 percent. Switzerland, which already enjoys a very close relationship with the EU and is a full member of the EMA, gains access to new medicines on average 157 days later than the EU. In Australia and Canada products come to market up to 12 months later.

But new drug approvals are only part of the highly regulated and complex European pharmaceuticals business. Every batch of human medicine that is sold in the EU needs to be tested in the EU and released by a qualified person. To continue batch testing in UK laboratories with certification accepted by the EU, an arrangement with the EMA is required.

This would be in the form of a mutual recognition agreement (MRA) with the EU, something they have in place for other third countries including the USA, Australia, Canada, Israel, Japan and New Zealand. If a trade deal is agreed it is probable the UK will also eventually agree an MRA.

Such third country agreements allow for cooperation that includes the sharing of confidential information, mutual recognition of Good Manufacturing Practice (GMP) standards and the waiving of batch-testing. They may also cover clinical trials and pharmacovigilance relating to drug safety and the monitoring and prevention of adverse effects.

But establishing a comprehensive MRA – to cover good manufacturing practice, inspection batch and certification for pharmaceuticals and vaccines – is not something that can happen overnight. It’s also not something that can be negotiated separately, while the UK and EU are still discussing a free trade agreement. As this article by UK in a Changing Europe points out, a “combination of [negotiating directive] rules legally preclude the EU from negotiating a sector-specific agreement, while the negotiation of the overarching trade agreement continues”.

“The EU has been consistent about this principle from the start of the Brexit process, despite British efforts to disrupt it. For example, Theresa May’s government sought a separate agreement for financial services, but its efforts were unsuccessful”, say the report’s authors.

In other words however compelling the argument is for special treatment with this sector, and during a global pandemic the arguments are very persuasive, you can’t change the procedural requirements.

Nor can you change the science. Testing medicine is an exceptionally precise science. Precision-engineered specialist equipment is required to enable physical testing (such as viscosity, specific gravity and particle size), chemical testing (such as drug assay, level of impurities and preservative assay) and microbiological testing and dimensional testing (measurement of container physical features, for example).

For a complex drug such as Zoladex (taken by people undergoing treatment for prostate cancer), batch testing can end up costing more than the manufacturing process in the first place.

AstraZeneca has built a £6.8bn industry in the UK, doing just that (globally, the company recorded $23.6bn sales in 2019). But, with the threat of no deal still hanging in the air, they have difficult business decisions to make. The UK has said that in the event of no deal we will still accept EU-tested medicine. They have to, or else people may die. But the EU won’t necessarily be in the mood to accept UK-tested medicine.

The urgency of  an  agreement on mutual recognition has intensified as the demands of developing new medicines and vaccines to fight the pandemic grow. Speaking to the Independent last Friday, the Association of the British Pharmaceutical Industry (ABPI) chief executive Richard Torbett said:

“We’ve been calling on the government and the European Commission to absolutely make sure that both sides prioritise patients. Let’s get a mutual recognition agreement done so we recognise each other’s standards … If you don’t do that, you can stockpile all you like and you can have all the ferries you like, you will introduce delays as more things have to get tested multiple times, which is obviously cost and complexity in the supply chain that we don’t want”.

A larger market with lower certification costs, seems like a no-brainer from the company’s point of view, but it’s not a zero-sum game. Setting up a new testing facility in Holland or using a contract laboratory will be costly and take time. On the other hand, when confronted with a government whose intransigence means the pharmaceutical sector is being hung out to dry, you could forgive AstraZeneca upping sticks and going abroad.