With a US trade deal, the UK faces the doubly damaging prospect of the arrival of both American food and American healthcare products and services. 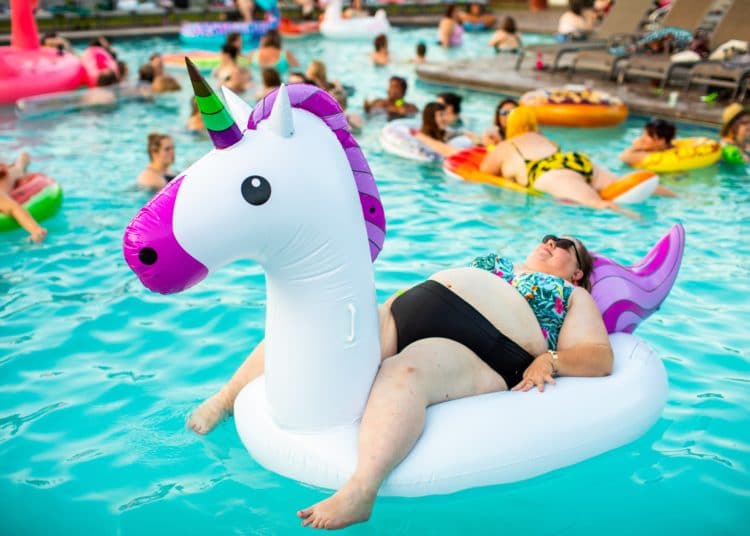 Photo by AllGo – An App For Plus Size People on Unsplash

With a US trade deal, the UK faces the doubly damaging prospect of the arrival of both American food and American healthcare products and services. The combination threatens the nation’s health and the NHS’s wellbeing.

This is a variation of the good old American win-win, but while America wins both ways, we lose twice. The USA will profit from selling the UK unhealthy food in the first instance. Then as the nation’s health is blighted by this food and sufferers turn to the NHS for treatment, the US will make further profits from supplying the additional healthcare remedies that the NHS will be called on to provide.

UK visitors to the US in recent years frequently comment that it seems like a land of overweight people. For every sleek, gym-toned American body there seems to be another American with excessive body mass to offset it. Sadly, that is not just a perception. In both countries, obesity is defined as someone with a body mass index of 30 or greater. In 2000, obesity levels in US adults were at 30.5 percent. By February this year they had reached 42 percent and are predicted to reach 50 percent by 2030. For two-to-19 year olds, the figure is currently 18.5 percent. In the UK, just over 30 percent of adults are now classified as obese, while the figure for children aged between two and 15 years is 33 percent.

Obesity is an accumulation of body fat that poses a health threat to the individual. Long-term obesity in individuals has been attributed to lowering life expectancy by three years. This is apart from the increased vulnerability to adverse health conditions. Being obese does not guarantee that illness will follow, but there are well-established connections. Obesity is linked to potentially fatal diseases like diabetes, cardiovascular disease and some cancers. Additional risks are high blood pressure, gall bladder disease and gallstones, osteoarthritis, gout and breathing difficulties. Gout has an almost comic reputation as the disease of the nobility, but is no joke for sufferers. It’s an extremely painful form of arthritis and since 1997 it has increased by 11 percent in the affluent countries of Western Europe, and 34 percent in the USA and Canada.

There are many contributory factors to obesity including genetic disposition, lack of exercise and, for some people, the lower quality of food they can afford. But whatever the causes of obesity in individuals, the consequence of excessive weight in the general population is more illness. Increases in obesity in the UK will inevitably lead to an increased burden on the NHS’s already stretched resources.

What evidence is there that American food is bad for our health or indeed any worse than equivalents produced in Europe? Differences can be found in the prevalence of ultra-processed foods, the ‘acceptable’ ingredients and additives (including the hormones and antibiotics that find their way into the food chain), and of course the portion sizes.

Comparisons of food ingredients for the same nominal products show the US versions contain ingredients such as genetically modified organisms, dyes, flavourings, bulking agents and preservatives that are not in the versions sold in the EU. Apart from the ingredients list, the external packing is indistinguishable between the US and EU versions. You might think you are being sold the identical product in both markets but you’re not.

Antibiotic resistance in humans caused by eating food from animals treated with antibiotics has already been established. In the US, antibiotics are given to animals in large doses to preempt ailments, which in turn permits lower standards of hygiene and animal welfare. While the direct impact of hormones on human health is viewed as very low risk by US approval authorities, there is an inherent flaw in accepting this judgment, as there are no statutory processes in place in the US to monitor the possible long-term effects on humans of hormones and antibiotics. The typical human body is now assailed by a cocktail of chemical additives and pollutants entering from our foods and the environment.

Another undisputed factor in obesity is the portion size typically offered to US consumers, which can be over 50 percent greater than their European equivalent. In the short term we might continue to get what European consumers are offered, but it’s only a matter of time before the US portion sizes, including harmful ingredients not currently permitted by the EU, will find their way on to the UK’s supermarket shelves. The commercial benefit to the US of selling larger volumes of US standard packs in the UK will be too attractive to resist. Unless the government acts now to prevent this in trade talks, we will have lost control of what’s on offer in the UK.

Having damaged the nation’s health the US will then step in to offer health solutions under the NHS. Obesity and diabetes will be medicalised by the US drugs companies, whose viewpoint is that all health issues are simply problems waiting for a drug to solve them, as long as the market size justifies the investment. In offering medical solutions for problems their unhealthy food contributed to in the first place, US corporate coffers will fatten as our waistlines do the same.

It is a counter-intuitive health fact that nationwide, the British have never been healthier than immediately after World War Two. The reason was rationing, which led to better dietary balance including less meat and reduced fats and sugars. Crucially, healthier food was made available and shared more equally across the population. The measurable results included less malnutrition, heavier babies, taller children and longer life expectancy. In other words, a major improvement in general health of the population was achieved in a short period of time through exerting some direct control over diet.

Some state intervention in controlling food quality, orchestrating healthy eating and ensuring its distribution and affordability to poorer members of society, would therefore benefit us all. The NHS budget would also go a lot further. Making food available as an investment in public health and reducing the burden on the NHS makes sense. But market constraints and state intervention in citizens’ lives sit badly with the ideology-driven prime minister and his politburo. Their libertarian views mean that government intervention into the lives of citizens should be avoided at all costs, because it represents unwelcome overreach by the state.

It is noticeable in UK political debates that those most likely to cry “nanny state” in response to policy proposals are the very people who had a nanny. This group clearly resented their nannies, who presumably curtailed their enthusiasm for self-indulgence and unfettered consumption of anything that took their fancy. But that should not translate into a disregard for the health of the nation and in turn the burden of poor eating habits on the NHS. The PM’s recent near-death experience in the Covid-19 ward might have wakened him to the dangers of obese people being more vulnerable to dying from, or suffering from the debilitating effects of, the Covid-19 virus, but it will take more than his recent rallying cry to change the direction the country is heading with obesity. He is a major cause of the bad food invasion coming our way.

The recent government paper, “Tackling obesity: empowering adults and children to live healthier lives” makes it clear the government will consider anything except tackling the food problem at source with the manufacturers. The paper is all about empowering consumers, but without requiring food manufacturers to produce healthier food as well, progress will be slow. We have been informing, imploring and empowering people about the need for healthier diets for three decades or more. It doesn’t seem to work, especially for those who are financially hard pressed. The consumer needs help with direct policy and legislative intervention. The war experience gives clear clues about how this can be done. Rather than platitudes, it requires practical policy to address this growing problem, by imposing quality controls on food manufacturers.

The American commitment to its bizarre notion of freedom includes: the right to be killed by any gun-toting fellow citizen who is angry, misguided or deranged enough to fire at you; the right to die of Covid-19 or expose others to death because wearing a mask contravenes your civil liberties; and increasingly, the right to eat yourself to an early grave. We’ve held on to our own values by resisting the first two entirely notional freedoms. Let’s resist joining the US in their dietary death-wish any more than we have so far. Now is the time to act to ensure our health and the NHS are as well protected as possible in the US trade deal being negotiated.

If you are concerned, then supporting the campaigns already underway is a good plan. The National Farmers’ Union is running a food standards petition that has attracted over 1 million signatures already, and the campaign group March for Change has recently launched a “Don’t trade with Trump” petition. You can also support the campaign group Save British Farming. And as ever, writing to your MP to register your concerns about maintaining healthy food standards is important, even if might seem a fruitless task. MPs do take notice of the volume of correspondence on particular topics even if they have little intention of responding to it. Best for Britain have set up an excellent message your MP link.

Resisting the indiscriminate import of US food and animal welfare standards, fast food and eating habits is vital for safeguarding our health and the NHS at the same time.