An authoritative legal argument suggests Johnson has little choice but to proceed with the hated Northern Ireland protocol. 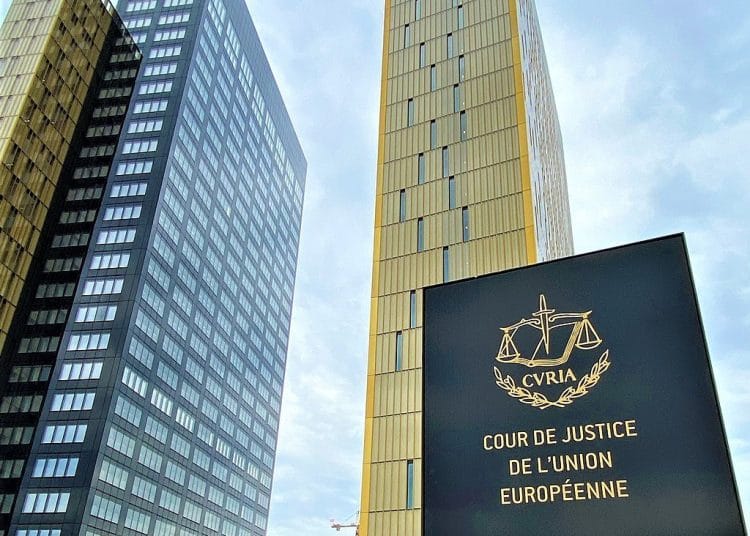 Court of Justice of the European Union, by Luxofluxo, CC BY-SA 4.0

A leading professor of international law has produced a detailed legal argument casting serious doubt on the lawfulness of Boris Johnson’s plan to use article 16 of the Northern Ireland protocol as a prelude to renegotiating its terms. The implication of the opinion is that Britain must choose to be a rule breaker or a rule taker.

The prime minister is said to be seeking legal advice about using article 16, even though the government already has the benefit of an entire legal department staffed with 2,000 solicitors and lawyers. It clearly doesn’t like the advice being offered.

Now, Robert L Howse, a recognised authority on international law at New York University Law School, has produced a legal opinion about the matter, published by the Brexit Institute of Dublin City University. It will offer little comfort to Lord Frost.

It is 24 pages of detailed and impeccably argued logic, written with stunning clarity.

The triggering of article 16 is not an escape route out of the problems of the protocol. It is more of a short circular tour that keeps returning you to the same conclusion. You cannot have a hard Brexit without an international border in the Irish Sea. Howse suggests that the text of article 16 does not authorise “any derogation from the hard legal obligations in the Protocol”.

According to the distinguished professor:

“Even a cursory reading of Article 16 shows that it is not the kind of provision designed to trigger renegotiation or even permanent adjustment of specific commitments or mechanisms in the Protocol.”

He argues that article 16 is about managing the protocol under circumstances where the application of it leads to “serious economic, societal or environmental difficulties that are liable to persist, or to diversion of trade”. But all the provisions are about limited, temporary measures to ‘safeguard’ the protocol; to overcome temporary issues, but always returning as quickly as possible to the text as it was agreed in October 2019. Whatever the problems with the protocol, Howse is very clear that article 16 “is not a renegotiation clause”.

The Irish trilemma could easily be resolved by regulatory harmonisation

On the so-called Irish trilemma (leaving the single market and the customs union (Brexit) while ensuring no hard border on the island of Ireland, or any form of border in the Irish Sea) he has this to say about balancing the apparently irreconcilable objectives:

“Much of the problem of balancing the objectives stems from a political decision in the UK in fact to reject a post-Brexit solution that would maintain harmonization of regulatory standards with the EU, at least those particularly relevant to goods traded between Great Britain and Ireland. Although the TCA would allow for tariff-free trade between the UK and the EU, the predominant political ideology of Brexit set up a taboo concerning regulatory harmonization, though on any rational theory of public interest, the losses to the UK from harmonization would be likely minimal” [our emphasis].

In fact, it is rather worse than Howse suggests. There are no losses and only substantial gains in keeping regulatory harmony, as the government’s own estimates have shown repeatedly since 2016. However, his message is unlikely to be well received in Downing Street. 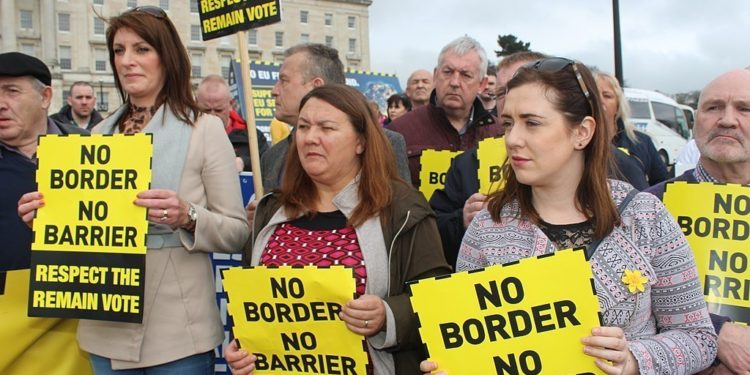 Measures permitted under article 16 are limited to those ‘strictly necessary’

The term ‘strictly necessary’ when read together with the additional requirement that “priority shall be given to such measures as will least disturb the functioning of the Protocol”, may be taken, says Professor Howse, to imply something like a ‘least restrictive means test’. This is a familiar term from World Trade Organization jurisprudence.

He then says, with devastating logic, that:

“Under a least restrictive means test, a problem for the UK in invoking Article 16 in respect of the border in the Irish sea is that there is a clear alternative measure capable of being taken by the UK unilaterally that would avoid the difficulties in question.

“This would be to engage in regulatory harmonization or an equivalence exercise. Of course, not to do so, as already mentioned, was a political or ideological choice.

“But that could not be a valid reason for rejecting an alternative measure less disruptive. Because a party could always say that it doesn’t want to choose the alternative for political reasons, which would render the legal discipline of strict necessity impossible to apply.

“The UK, I would predict, would have a difficult time, showing on a reasonableness standard that harmonization would threaten some essential legitimate interest, as (while it was in the EU) the UK and its economic actors were able to live quite well with such harmonization” [our emphasis].

He concludes that, “Absent regulatory harmonization, the only response to border control difficulties arising from the trilemma is to redouble working level cooperation and try to make the arrangements more efficient. Managing the temperature of political rhetoric and avoiding the legally untutored brandishing of Article 16 of a weapon would be positive steps. The EU at least seems still prepared to roll up its sleeves and work constructively for better outcomes on the ground, so the ball is in the UK court”.

It is hard to disagree.

Is the protocol the cause of the ‘serious difficulties’

Mr Howse also makes a serious point that the ‘serious difficulties’ referred to in article 16 must be caused by the application of the Protocol itself. This is the opening phrase of article 16(1).

He says it might be difficult to make this accusation stick. Some of the arguments used in the UK government’s command paper including some increase in tensions between the North and South, “could be more plausibly attributed to Brexit itself and the inherent difficulty of maintaining the delicate equilibrium in the Belfast Good Friday Agreement while removing the UK from the EU.”

Frost and Šefčovič are to meet again this week

Lord Frost and EU Vice President Maroš Šefčovič are due to meet again on Friday, with reports that the EU is trying hard to persuade the UK not to reach for article 16 at all. One senior EU official is quoted directly saying, “In order to avoid escalation, you have to demonstrate escalation dominance”.

This apparently means explaining to Lord Frost the range of potential retaliatory measures that the EU is prepared to use if article 16 is invoked. They could include short-term tariffs a well as a suspension of the trade and cooperation agreement TCA in the medium term.

The UK government appears to be trapped. Either it accepts the Northern Ireland protocol as agreed in 2019 and works towards implementing it in good faith with whatever easements it can persuade the EU to adopt, or it goes for more regulatory harmonisation, otherwise known as BRINO (Brexit in name only).

The only other option is to become a rule breaker, an international pariah who cannot be trusted to comply with obligations it freely entered into.