Are we in for a 'winter of discontent', similar to the 1970s, and will this be the tipping point for Boris Johnson and the Conservatives? 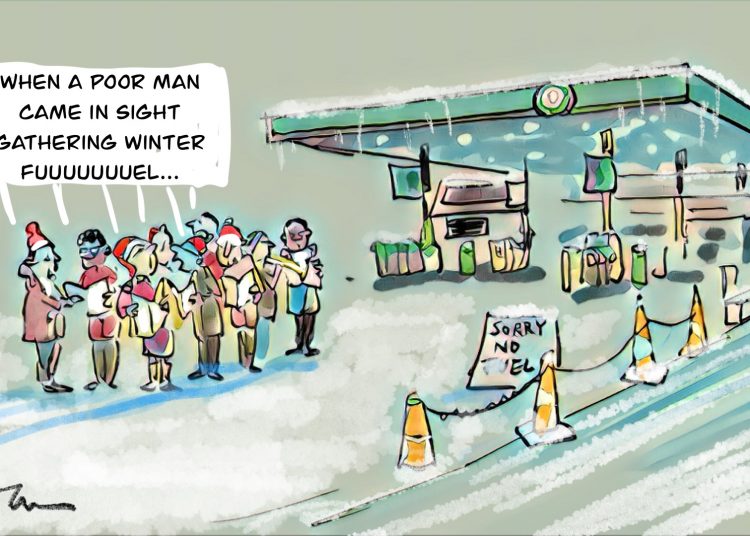 Winter of discontent, cartoon by Stan

When disruption and shortages started to get out of hand earlier in the autumn even loyal Conservative newspapers had to report the realities facing the country as ministerial competence was seen to be draining away. No wonder the front pages began predicting a ‘Winter of Discontent’ – a handy headline for pulling together the horrors associated with the prospect of a beleaguered government losing control.

Banner headlines said it all, ‘It’s panic at the pumps’, ‘National Grid’s blackouts alert’, ‘Crisis talks over fears of food shortages within days’ … hardly the kind of coverage Boris Johnson might have expected from his cheerleaders in the Tory press.

Politically motivated propaganda and the Winter of Discontent

For the last 40 years the Labour Party has been scarred by repeated reminders of the chaos that led to the downfall of Jim Callaghan’s administration after the 1978/79 ‘Winter of Discontent’.

Thanks to the creativity of the Sun on Sunday (19.9.2021) a photo montage of Johnson, superimposed on heaps of uncollected rubbish in Leicester Square, was an unexpected but telling reversal of political fortunes.

Over the years, Callaghan, Michael Foot and Jeremy Corbyn – to name but a few – have all experienced the same treatment with the very same images.
Fallout from the disruption of 1978/79 – and later the 1984 ‘Battle of Orgreave’ – provide plenty of material for two of the most regularly used visual reminders of trade union-led strife.

Newspaper pictures and television footage of piles of uncollected rubbish, hospital patients being turned away, coffins waiting to be buried – along with the infamous 1979 Conservative poster ‘Labour Isn’t Working’ – are often reproduced and rebroadcast in graphic form.

In terms of party propaganda, flash backs to the ‘Winter of Discontent’ reinforce memories of the chaos and disruption that helped Margaret Thatcher to victory in May 1979.

Conservative-supporting newspapers use these images again and again – most recently in the 2019 general election, to warn what Britain would have been like if the country had elected a Labour government led by Jeremy Corbyn.

Corbyn was the target of sustained tabloid vilification from the start of his bid for the party leadership in 2015 and variations of the same photo montages were used repeatedly during the two subsequent general elections to ram home the message.

Parallels to the late seventies

Winter can be a treacherous moment for any government and the lead-up to autumn 2021 does have parallels with what happened in the final months of 1978.
Inflation is again running way beyond what was predicted, incomes are falling behind prices increases, and there is heightened volatility in the labour market.

These pressures, and other unforeseen consequences for the economy, not forgetting that winter can bring its own surprises, have been preceded by almost two years of unprecedented turmoil resulting from the Covid-19 pandemic, months of lockdown, the bruising ongoing implementation of Brexit and widespread disruption in the supply chain.

For so long, Johnson’s popularity stood up better than he might have expected when set against a run of horrendous headlines that would have sunk many a prime minister months ago.

When his personal ratings dived after the resignation of Conservative MP Owen Paterson and in the wake of a renewed, virulent scandal over second jobs and Tory ‘sleaze’, the political weather suddenly changed.

Amid gathering storm clouds the Conservatives’ opinion poll lead was reversed, some surveys put Labour ahead, and almost overnight Johnson’s tenure of 10 Downing Street no longer seemed so secure despite his government’s 80-plus parliamentary majority. 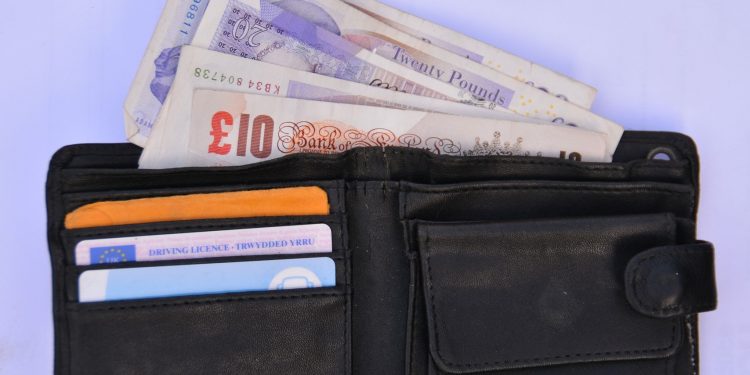 Tipping point for the Conservatives?

Trying to predict a tipping point in the fortunes of a beleaguered government is always a futile exercise but we journalists did sense it was all over for the Labour government of Jim Callaghan in the winter of 1978/79, just as we did two decades later for John Major’s government in 1997 after New Labour’s media prowess in ensuring the words ‘Tory sleaze’ were well and truly hung around Major’s neck.

In a few short months, Johnson has managed to acquire a hefty back catalogue of damaging front pages. Although some were part and parcel of short-lived media frenzies, the government’s mismanagement of such calamities does have a cumulative impact.

Headlines and images about uncontrolled chaos in daily life tend to live on in the memory especially when they relate to the people’s personal experiences.
September’s crisis over petrol shortages generated pages of photographs and extensive TV footage featuring empty fuel stations with cars queuing round the block – images that remain too close to reality for drivers having to come to terms with rocketing prices at the pumps.

Equally, empty supermarket shelves and pre-Christmas scares about a shortage of festive staples such as turkeys and toys, could not be ignored by Johnson’s loyal supporters in the press.

When Brexit gets the blame, the government’s PR strategy is to push for an instant fix in the hope that any such ‘crisis’ can be closed down.

Emergency visas for EU lorry drivers or for trained butchers to prevent a slaughter of pigs might provide a short-term solution but only add to a damaging list of U-turns which can be reheated to suit the news agenda.

In some ways a relentless and fully justified media focus on the national response to the Covid-19 pandemic has worked to the government’s advantage, because it has limited the duration of adverse coverage on other issues.

Johnson’s belief that with successful PR management, media storms will pass quite quickly if journalists’ attention can easily be diverted, has also been aided and abetted by a drastic curtailment in the extent of regional and local reporting.

Newsrooms have been decimated in towns and cities across the country, hollowing out local news gathering.

In previous years, journalists would have collected and collated information and produced detailed accounts of local shortages and disruption, whether in road haulage, food distribution, pig farming or whatever.

These first-hand reports, together with the relevant data, would have made their way up the news chain, via local and regional offices, news agencies or freelance journalists, and would have reached the newsrooms in London.

Dearth of regional and local reporting

A dearth of regional and local reporting works to the government’s advantage and this is all too apparent given the pitiful lack of depth and insight in so much of today’s coverage by national newspapers, radio, and television.

My personal flashback is to the decade of industrial conflict under Thatcher, when BBC newsrooms and national newspapers were so well served by local and regional journalists who themselves were so well versed in industrial and trade union affairs.

Local reporters were out and about, visiting factories, talking to workers and calling in at union offices. Today, their much-depleted successors are more often tied to their computer screens, having to ring round their contacts or rely on social media for first-hand accounts.

Journalism is all the weaker without the backing of a strong supply chain that stretches back to the local reporters who for so long strengthened the backbone of national reporting.