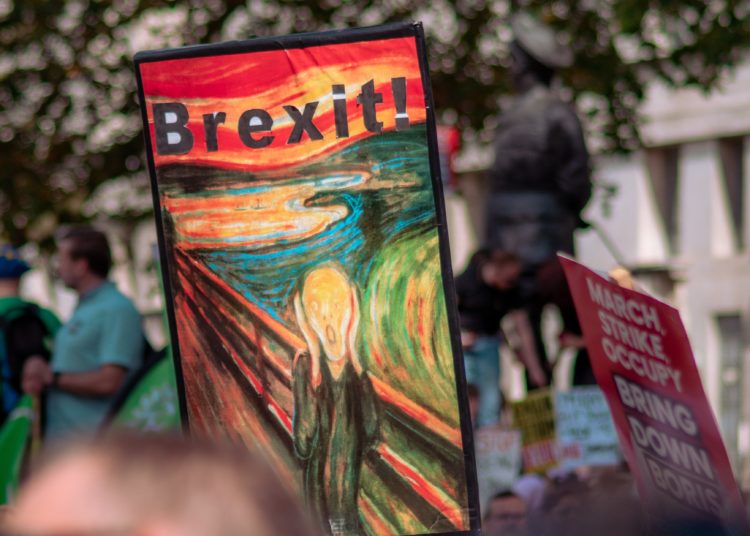 Photo by Fred Moon on Unsplash

The latest round of EU trade talks taking place in London is expected to end on Thursday in a deadlock. The Telegraph reports that the government’s working assumption is that we will be unable to agree a deal with the EU by the time the transition period ends, so Britain will trade with Europe on World Trade Organization (WTO) terms.

According to the New European, the stalemate is over fisheries, the level playing field, and the role of the European Court of Justice after Brexit. This has led Number 10 to give up hope of clinching a Brexit trade deal with Brussels and instead ramp up preparations for trading on WTO terms (though it insists this is not what it wants the outcome to be). In short, this will mean higher tariffs.

Boris Johnson’s claims of an “oven ready” Brexit deal are now as fanciful as his claim that the Russian report had nothing in it. Remember, he refused to extend the transition period, insisting that the UK could secure a deal with the EU before the end of the year.

But it is notable that someone briefed the papers this morning about the deadlock. To conclude this already is somewhat surprising, given that this round of talks is not expected to end until tomorrow. The reason may well be nervousness on all parts, not least of all the fact that businesses are still not prepared for a no-deal scenario.

An Institute for Government report last week highlighted that the coronavirus crisis has left many companies in a worse position to prepare for a no-deal Brexit than they were in at the end of 2019. It states:

“Coronavirus has starved firms of cash and left many struggling to stay afloat. This has derailed their Brexit preparations, preventing them from investing in new customs processes or stockpiling to protect themselves against disruption to supply chains. Smaller businesses have been particularly badly affected.”

Recent confusion over the status of Irish Sea border arrangements and the rising costs of having the right border infrastructure in place by 1 January has added to nervousness about just who is ready, deal or no deal. In what must be the understatement of the decade, former director general of the UK Border Force, Tony Smith, was reported as saying to the BBC that the funding for the new border operating model was “obviously welcome” but “a bit late in coming.”

In separate news, the UK has now allegedly abandoned any hope of a trade deal with the USA by the end of the year. The danger of a double no deal (with the EU and with the USA) carries a bittersweet irony. If Biden wins the US presidential election, it is likely that the new president will try to seek a trade deal with the EU because of the market size and share. The UK will thus have excluded itself from all the major international trading blocs.

An optimist might conclude that the press briefings today were to soften us up for an announcement of an extension after all, using the pandemic as an excuse and giving the country time to get its house in order. But a pessimist would wonder just how much the prime minister and Cummings really give a damn. And a realist would suspect that once again we are being played – don’t take anything at face value.

So where is this all going? As Alastair Campbell wryly put on Twitter this morning: