How a Rotherham artist captured the transformation of Yorkshire towns during the Industrial Revolution. 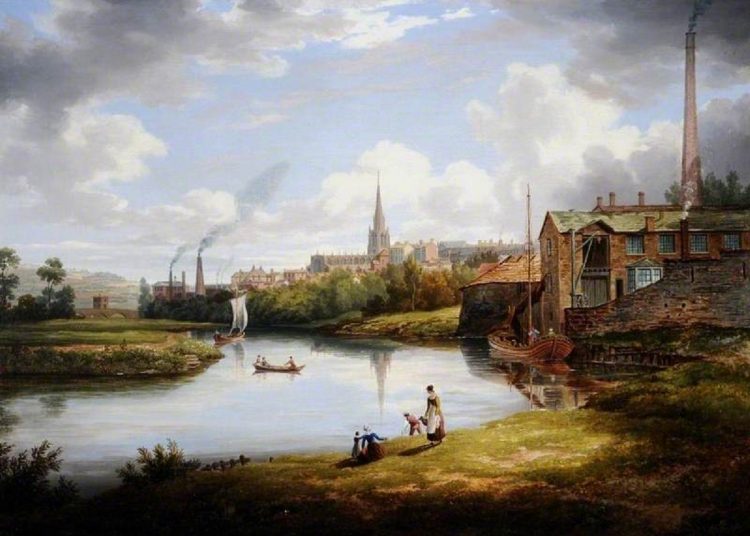 The start and end dates of the Industrial Revolution are still debated among academics, as is the pace of the economic and social changes that occurred. At one stage the question of whether the revolution even took place at all was also the subject of heated debate, but that is for another time.

The accepted view is that many of the changes took place between the mid-18th and mid-19th centuries, with a substantial growth in industrialisation first beginning in Britain. It began with mechanised spinning in the 1780s, with high rates of growth in steam power and iron production taking place from the turn of the century. An economic recession occurred from the late 1830s to the early 1840s but was followed in the 1870s by another period of rapid growth which is often called the second industrial revolution.

The Industrial Revolution changed the world forever, with the advent of factory production transforming the country from a mostly agrarian society to a technological one where steam power ruled. The rapid rise in the number of factories and mills resulted in much of the population migrating from the country to urban areas, leading to an explosion in city populations and the building of many new houses to accommodate the expanding workforce.

By 1851 industrial locations such as Sheffield, Bradford, Hull, Huddersfield, and Leeds were overtaking previously significant towns and cities such as York, in their importance. The landscapes of these places were also changing rapidly, as factories and mills sprang up with their chimneys pointing heavenwards, even if these new workplaces were considered by some to be dark and satanic. 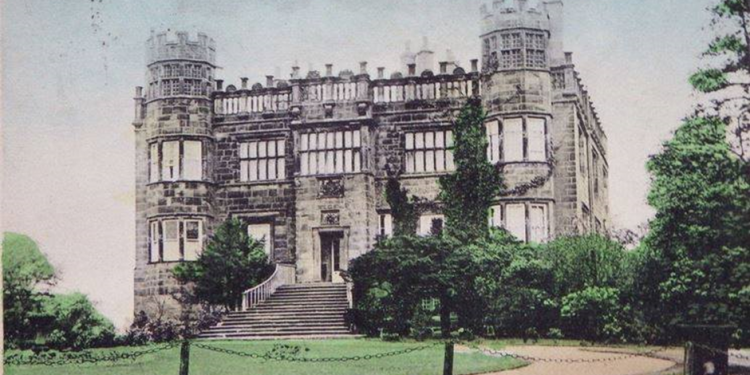 It is sometimes difficult to envisage how the landscape changed from agricultural to industrial in a period before photography. I have found some of the answers to my lack of vision in the work of artist William Cowen, an English landscape painter. His work included views of towns in Yorkshire painted at this dramatic time in their history.

Cowen was born in Rotherham in 1791 and worked teaching drawing in Sheffield. In what must have been every artist’s dream, in 1811 Cowen was lucky enough to obtain William Fitzwilliam, 4th Earl Fitzwilliam, as a patron, who paid for him to visit France, Italy, and Switzerland in 1819 and 1822. In 1824, Cowen published Six Views of Italian and Swiss Scenery, which included his own engravings from his continental tours. In 1840, he visited Corsica and eight years later produced a travelogue entitled Six Weeks in Corsica, illustrated with 14 engravings.

It is three paintings of the Yorkshire towns of Rotherham, Bradford, and Huddersfield, that I am particularly interested in as, although slightly romanticised, they illustrate and contrast their rural past with their industrial future. The images appear to fall between the work of the Romantics and the Realists.

The Romantics were headed by artists and poets like William Blake and Caspar David Friedrich, who were horrified by what the Industrial Revolution promised, whereas the Realists sought to portray real and typical contemporary people and situations with truth, accuracy, and not avoiding unpleasant or sordid aspects of life. The movement aimed to focus on less idealised subjects and events that were previously rejected in artwork.

There is no doubt that the Industrial Revolution significantly changed our landscape, a process that has been ongoing ever since. Artists captured these changes throughout the period and the medium of photography then significantly added to that volume of work.

It is through the eyes of these artists that we can see that changing world as if we were there.