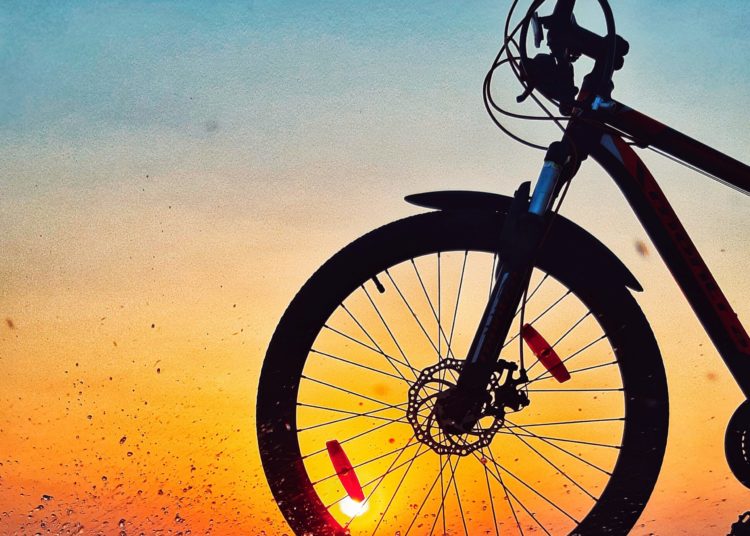 lhouette of a bicycle, Photo by Sujeeth Polta on Unsplash

In 1968, there were violent protests, involving many students, against the Vietnam war outside the American embassy in Grosvenor Square in London. There were numerous injuries to both police and protesters. I wasn’t at the protests. Although a student at the time, I wasn’t by nature an activist and I didn’t take part. But there were to be repercussions. Here is how I turned into a likely repeat protester.

Previous clashes with the police

My own regular clashes with the Metropolitan Police were of a less political, if no less painful, nature. Our college rugby team at the time played opponents in the London area, which included teams from divisions of the Met. In these games, our forwards in particular suffered greatly. In one such game a toothless, grinning police forward bore down on me with menace as I gathered a rolling ball and targeted his advancing midriff. After the collision, as we helped each other up he said:

“I am glad that you aren’t any bigger.”

“I am very relieved you aren’t any faster.”

Later, game over, violence spent, as was the custom both teams met for refreshments, differences forgotten. As an enjoyable evening gathered pace, one by one, members of the police team would phone their desk sergeants, excusing themselves from duty later that night with twisted ankles, sprained wrists and various other disabling rugby-related ailments.

It started with a bicycle protest

It was years later, more by accident than design, that I went on my first and, to date, my only protest.

By this time in respectable, professional middle age, I was in the habit of commuting by train and bicycle to the city centre where I locked my bike to a stand near my office.

At the time I subscribed to a bicycle magazine which ran a light-hearted quiz asking the provocative question:

“Are you a real cyclist?”

I scored highly in such areas of the quiz as ‘fixing a puncture without spares far from home in the pouring rain (involved stuffing tyre with grass)’, ‘being excluded from public transport without reason’, ‘transporting large items by bicycle’ etc.

But in one area, however, I was deficient. I had never been on a cycling protest!

It was with some surprise and delight that I returned to my bike one evening to find a sticker saying there was to be a Critical Mass ride passing the bike stand the following day.

Critical Mass was an informal protest movement with no overall leaders, coordinated anonymously on social media, which encouraged groups of cyclists to assemble from time to time and ‘lay claim to the streets’. The following day, which was a designated ‘leave your car at home day’ or some such by the local authority, there was to be a critical mass ride passing the bike stand. What an opportunity!

The mass assembled, and what a mass it was! Our bikes told something of the story. There were mountain bikes, BMX bikes, sit up and beg bikes with crossbars or mixte frames (both with wicker baskets), fixed wheel courier bikes, and I think, a recumbent or two. The riders were equally eclectic.

My own steed was a steel-framed, fancy lugged tourer, with a laptop in a bicycle-specific computer bag on the pannier rack. In sympathy with the some of the older hippies in the group, I wore sandals (I usually wore cleated cycling sandals).

The mass rolled off, buses and cars showed patience and gave way at traffic lights. The mass was generally respected. One high-powered sports car proved the exception: it overtook the group on the wrong side of a dual carriageway before turning back in again. But then it had to stop at a traffic light ahead.

With amazing speed some of the younger protesters raced ahead and parked ahead of the sports car at the lights. After much laughter, it was time for me to get my train, so cycling CV (Palmares) updated, I left the protest and went home.

Ready for my next protest

Despite my questionable motives for joining the ride, Critical Mass was a serious protest movement, perhaps ahead of its time.

Even as a student I was not by nature an activist, but my participation in a future protest grows ever more probable in the present political climate.

Notwithstanding the current policing bill, I would like to reserve the right to join it.