A new book tells the story of an underground revolution in electronic music. 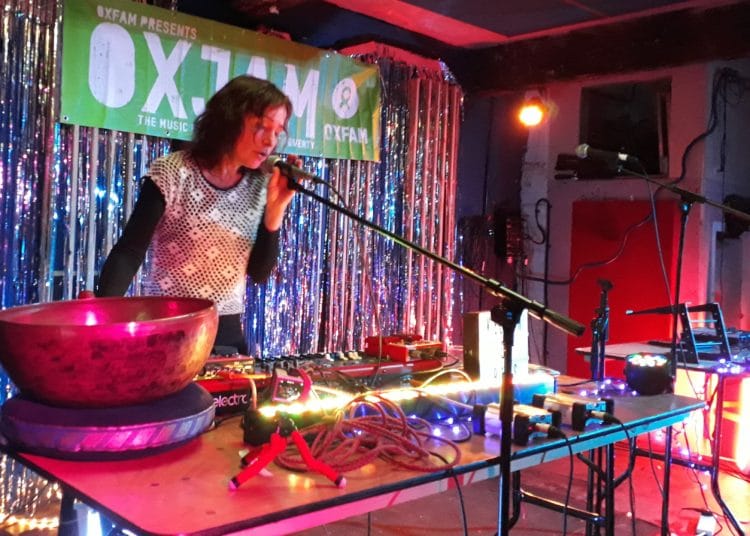 Keeper of Bees performing at Oxjam - photo by Martin Christie

Has music gone stale for you? Maybe it’s just your age. Maybe even nostalgia isn’t what it was. However, in 2017 Martin Christie, a Holmfirth musician already well-regarded for his band Old Man Pie, decided to do something about it. The story of what happened next is told in a new book, Electronic Music Travels, which tells how one person’s vision became a nationwide phenomenon involving artists from all over the world.

Frustrated by what he’d seen round the grassroots circuit whilst gathering material for his 2015 book Open Mic Travels, Martin spotted a gap in the market. He’d noticed that, despite the vast sales of all manner of affordable electronic instruments and the popularity of electronic music in general, there seemed to be nowhere for artists to try out such music in public. Open mics were dominated by earnest men (and it was usually men) with guitars and anyone turning up with grooveboxes, pocket operators and the like would be greeted with scepticism, scowls, or the accusation that they weren’t actually playing.

So, he decided to put on the first Electronic Music Open Mic (EMOM for short) in Manchester. Acoustic guitars weren’t actually banned, but warned off in the manner of bad bookies by the Jockey Club.

Three years later, it took a worldwide plague to halt a network of over ninety events in the UK and beyond, but he’d sparked the biggest music revolution you’ve never heard of. The story of how it happened is in his book Electronic Music Travels, published this week by Werra Foxma Records.

“The early days were like turning over a stone and finding this whole new world of music-making crawling underneath. There was little in the way of a grass-roots community or opportunity to develop the craft.”

What, in fact, crawled out was an extraordinarily diverse scene where almost every act sounded and looked unlike what preceded or followed it: Beatboxers, poets, synth-pop duos, DJs, rappers, and all manner of little boxes with flashing lights meant that an audience was guaranteed an unpredictable but quality night out.

“We leave our egos at the door,” was our motto, explains Martin. “The way these nights were organised attempted to ensure that what was created was not just a platform to play, but also an audience to listen. Many artists at open mics arrive just before their slot and leave immediately. EMOM, by contrast, has become a genuine community where acts link up with other artists and initiate collaborations.”

Indeed, two double albums of material were released by Manchester label You Might Not Like This, composed entirely of artists who had come to EMOMs all over the country.

The book tells the story of Martin’s journey, against a background of the demands of family life, Brexit and the considerable expense involved in starting events all over the UK. He even launched events in Berlin and Amsterdam, which have now taken on a life of their own; and one attendee at events in London and Edinburgh went back to her native Australia and started an EMOM there.

The story, which of necessity avoids an exhaustive approach, is a refreshing antidote to the commercialism and commodification of popular culture. No one got rich, no one got famous, but lives were transformed all over the UK and beyond. The interesting part of all rock biographies is when artists are developing and slightly underground. As soon as people ‘make it’ something is always lost. The EMOM scene was truly something underground and alive and this book may be the only document that it ever existed.

Get it while you can at from this website.