This Norwegian drama is tailor-made for English-speaking audiences; a small-town setting that overnight is invaded by alluring American strangers, stuffy legislators and big oil itself, all looking for the next boom. 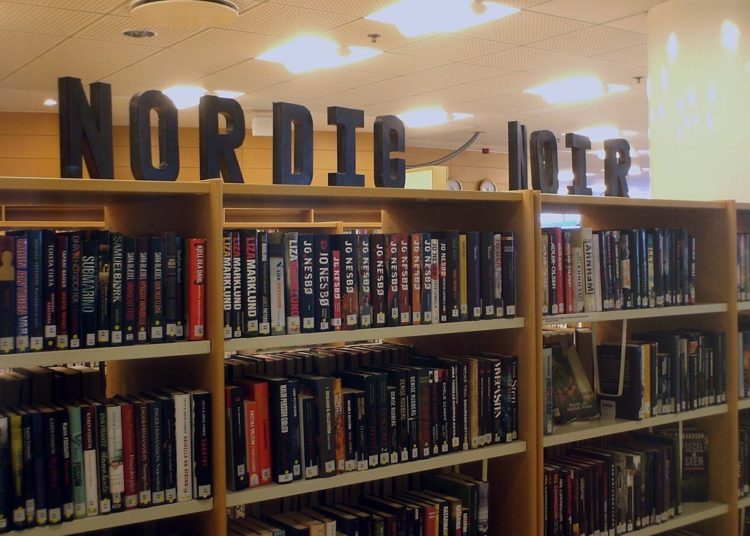 This Norwegian drama is tailor-made for English-speaking audiences; a small-town setting that overnight is invaded by alluring American strangers, stuffy legislators and big oil itself, all looking for the next boom. The series starts with a charismatic Texan, arrogantly determined that there is still plenty of oil off the Norwegian coast. Stavanger is a small religious community, over reliant on its waning fish industry. The town is beautifully constructed, at times it looks almost medieval. It is in decline and its only source of employment, a grand fishing factory, space age in design, is in financial ruin. At the mere mention of oil, foreigners and national politicians flood in to reap the potentially massive rewards, but the series always focuses on the locals who grapple with sacrifice in the hope of economic security. Those who like Scandi noir, known for its impeccable style and strong, defiant characters, will also find that here. This late sixties drama delivers plenty of visual appeal and, through its historical slant, is a refreshing, enjoyable addition to the Scandi genre.

An eight-piece drama, it is tightly plotted with the first episode depicting two key tragedies which bring the different social classes together. The spirit of the sixties has had little impact on this sleepy fishing town, and the audience can see for themselves how the characters slowly adapt to the great economic changes pulling apart their poor but proud community. At its heart is the upper-class Nyman family, a very attractive trio who symbolise the dying, old class-based Norwegian society. The sympathetic father runs the town’s fishing factory, the spoilt son is a naïve diver at the oil rigs and the manipulator mother is equally terrifying and beguiling. Numerous evocative scenes inform the contemporary viewer that these characters are trapped in their own repressive era where issues of class mobility, single motherhood and mental illness are still unspoken. We are shown the mother repeatedly making herself up, teasing her hair and pouting her elegant face in the mirror before sinking back to her bed for medicated comfort, in a hint that this near villain is actually a victim of her time. Time passes between episodes, months even, and its intelligent writing allows all the character to flicker between good and bad, as they would in real life.

Set in 1969, the late sixties style made uniquely Scandinavian, is effortlessly cool – envy inducing furniture, striking yet realistic bouffant hairstyles and rich, youthful clothing, particularly for men. Bold, geometric t-shirts in electric colours over classic Levi’s may become the new Scandi style hit. The creators have purposefully chosen still fashionable costumes, so characters appear more modern, reducing the emotional distance. The series uncovers a less visited history through a modern parallel as you compare their confused political climate to ours. Scenes of Americans, Norwegian and British discussing the then new European Community (EC) is eerily resonant. Discussion about sovereignty and natural resources of both oil and fish echoes today, which though not overpowering, is an important aspect as the EC looms over all the decisions which will determine Stavanger’s fate.

This is a beautiful series to watch, with a fast-moving plot line, which culminates in the idea of happiness seeming just as far away.

Episodes 7 & 8 will be aired on BBC Two on the 23rd May from 9pm. Other episodes are available via iPlayer.