Georgia Lambert discusses the popularity of women's football and the sexism that still permeates the industry. 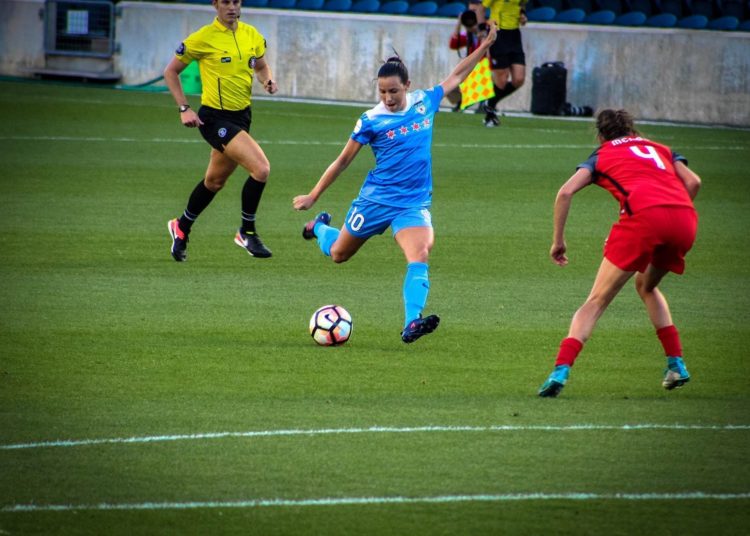 Image by milmascaras for pixabay

The 1920s became the golden age for women’s football as the male-dominated sport witnessed a surge of enthusiasm from budding female participants. However, in 1921, this passion and exuberance was met with an official ban on the women’s game by the Football Association (FA), which prohibited female footballers from playing on FA grounds. Women’s football had truly hit the posts.

The foundations of women’s football are deeply ingrained in World War I. While men were conscribed along the fronts, women were left to take on jobs that were previously thought to be dangerously unsuitable for the fragile female. Factories were now largely managed by female workers, who during their breaks, would venture outside for an informal kickabout. Due to the growing interest and enthusiasm, women’s formal football matches were officially born, initiated with the intention of raising substantial sums of money for war charities.

In the early 20th century, Preston became home to the majority of women’s games. In 1920, Goodison Park Stadium welcomed a crowd of 53,000 spectators, eager to watch the two Lancashire teams of Dick, Kerr Ladies FC and St Helen’s Ladies, go head to head. Despite the exponential turn out, with a further 14,000 supporters gathered outside the stadium, the FA deemed the match inappropriate, with top physician Dr Mary Scharlieb viewing women’s football as the “most unsuitable game, too much for a woman’s physical frame”. The factory working women who were self-deployed from their domesticated roles, had now entered into the sporting realm. Their subsequent dismissal, based on the grounds that they had eclipsed their male counterparts, leaves much to be desired.

Now in the 21st century, it remains difficult to see beyond the gendered landscape. The women’s game is up against arguably the most popular sport worldwide: men’s football. Yet, is it fighting a losing battle? The figures would disagree, as nearly 12 million people tuned in to watch the 2019 Women’s World Cup, where the England Lionesses were defeated in the semi-final against the USA. This turnout created the highest peak of UK television in 2019, attracting a greater live audience than the concurrent season finale of hit crime drama, Line of Duty.

The audience has been captivated, with the British viewers showing their support. Now it is the turn of the media. In a recent survey conducted by Insure4Sport, the question, “Why Do You Not Watch Women’s Sport?” was posed to the nation:

The “Lack of TV and media coverage”, with just over 45 percent of the survey participants highlighting the evident deficiency in the television coverage.

Whilst the 2019 Women’s World Cup appeared to thrive, attendance at women’s club football had come to a standstill. In a 2019 survey conducted by FIFPRO, potential explanations for this audience deficit were largely due to “lack of effective marketing and local promotion of matches taking place, communication channels not used to their full extent”, together with the “lack of coordination of schedules and match times clashes with more established men’s football time slots” also being subjected to blame.

Unsurprisingly, the BBC has the longest history of broadcasting women’s sport, with BBC head of sport, Barbara Slater, commenting,

“We have provided live TV coverage of women’s football since the mid-1990s and audience interest has grown considerably … More people watched the 2015 Women’s World Cup on BBC TV than our live coverage of the men’s Open golf championship”.

“Our remit is always to go for programming that has an underdog quality, and this falls into that category. We’ll try and bring something new to the coverage, but the women also have to step up, entertain and show the audience what they can do”.

The issue of coverage is met by a demanding Lyle, who promises more television time if women ‘entertain’. This institutional ideology put forward by some of the leading sports figures in the media forms a large proportion of the problem. Lyle, in his statement, does not inform men that they must equally entertain, , or that men’s sport, – so often televised and covered by the media – needs to ‘step up’ and prove its worth to an audience.

Equally, the belief that “women are inferior at sport”, which worryingly ranked as the 5th most popular answer in the survey, is a considerable issue. A female footballer is on par with her male counterpart in ability, technique, and endurance, to name only a few examples. However, perceived inferiority is still an issue and unsurprisingly, it is mirrored in the considerable gender pay gap.

More coverage of women’s football would indeed lead to higher demand and in turn, growing salaries. Yet, the 2017 FIFPRO Global Employment report found that “written and detailed contracts are rare”, with most of the female footballers who are signed to a club being generally paid less than £450 a month. Male footballers who participate in the UEFA Champions League “usually earn the same, or more in a single month, than what the best paid female players earn in a year”, the report adds.

In short, the highest-ranking women in football earn, on average, £357,000 a year. This is the expected monthly wage of a Champions League male footballer equating to an annual salary of roughly £4,300,000. Last year, more than 90 percent of female footballers reported the need to change career as they struggled to make ends meet, after it was revealed that the “broadcasting rights to national team and league matches are often given away for free”. It is therefore no surprise that the revenue remains inadequate.

The growing appeal of women’s football has begun to slowly chip away at the sporting patriarchy, threatening the archetypal sporting image of the muscular male figure being viewed as the overarching force in any sport. This viewpoint had ultimately resulted in the suppression of women’s sporting talent in 1921.

Almost a century later, are we witnessing history repeating itself?

As the interest in women’s football grows, the threat posed to the men’s game intensifies. However, the lack of television coverage coupled with the staggering pay gap continue to remain as tactics in diminishing the value of the women’s game.

Undoubtedly, the media has the power to influence beliefs, and unless they give voice to women’s football, the distorted and outdated assumption of a woman’s substandard ability will keep on striking. 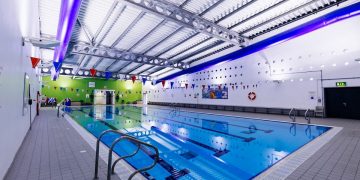 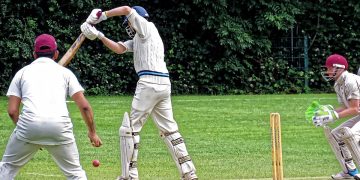 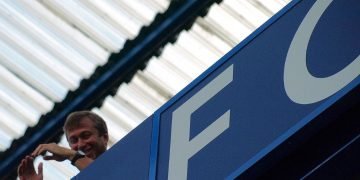