Zátopek made his name as a runner, but it is the risks he was prepared to take in support of his country’s freedom that make him truly great 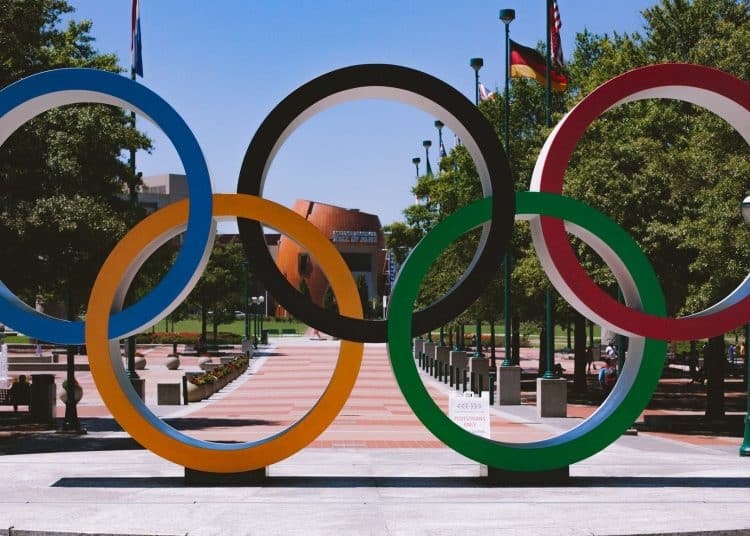 Defying the restrictions imposed on us all by the covid pandemic, we had a wonderful summer of sport, with many sports women and men making household names for themselves.

Some will perhaps go on to use their high profile to further social or political causes in which they believe. However, this is not without risk. At the very least, they will probably be criticised and told to stick to what they know. At the worst, they may be putting their livelihoods and even their lives in danger.

While working on a project in South America it was my pleasure to collaborate with a Cuban geologist. One evening after dinner, over coffee and wine, my colleague (let’s call him Juan) and I discovered we had a mutual interest in athletics, and, as the conversation developed, the name Emil Zátopek, a long-time hero of mine, inevitably came up.

Zátopek had at one stage been on a coaching trip to Cuba and Juan had met him. Juan told me that Zátopek had spotted the potential of a young Cuban, Alberto Juantorena, who was later to become the only athlete to win both Olympic 400 and 800 metres titles.

Emil Zátopek – measures of the man

Zátopek made his name as a runner, and we would mostly remember him just for that. But it is the way he lived his life and the risks he was prepared to take in support of his country’s freedom that make him truly great.

At the Olympic games in 1952 in Helsinki, Zátopek made history by winning the 5,000m, 10,000m and the Marathon. What is less well known is that he very nearly didn’t participate.

As the Czech team flew out for Helsinki, Zátopek discovered that a teammate, Stanislav Jungwirth, hadn’t been granted exit papers by the authorities, and wasn’t permitted to travel. Zátopek refused to fly out with the rest of the team in protest, a very marked act of defiance given that he was a Czech Army Officer at the time. A two-day standoff ensued before the authorities relented and both Zátopek and Jungwirth joined the rest of the team.

At Zátopek’s invitation the great Australian distance runner, Ron Clarke, who had broken Zátopek’s world 10,000m record, paid a visit to Prague in 1966, the two became firm friends. When he dropped Clarke off at the airport, Zatopek embraced him warmly and handed him a small parcel “Not out of friendship but because you deserve it”.

Clarke kept the package in his pocket until his plane was in the air.

“I wondered whether I was smuggling something out for him. I retired to the privacy of the lavatory. When I unwrapped the box, there, inscribed with my name and that day’s date, was Emil’s Olympic 10,000-metre gold medal. I sat on that toilet seat and wept”.

Clarke was later to say, “There is not and never was a greater man than Emil Zátopek”.

Zátopek became one of the world’s best-loved athletes. He spoke six languages and was a great conversationalist.  He famously said, “Great is the victory but greater is the friendship”. 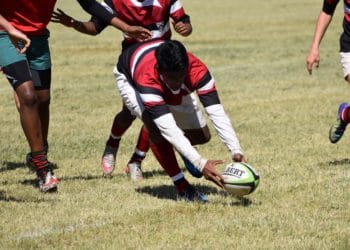 Racism has no place in life, in sport, or in rugby

In early 1968, in defiance of Soviet leadership, Czech First Secretary Alexander Dubcek began to introduce a series of politically liberalising reforms, a period known as the ‘Prague Spring’. However, in August 1968, in order to put an end to this, Soviet and Warsaw Pact forces invaded. Tanks rolled into Prague.

There were mass public protests. Among the crowd, making speeches to denounce the invasion and going from tank to tank to speak to the soldiers was Emil Zátopek. Zátopek’s biographer, Richard Askwith, describes this as being “akin to British football star, David Beckham, manning the barricades”.

Zátopek’s brave stand against the Soviet tanks that invaded his native Czechoslovakia, saw him fall foul of the newly installed Communist authorities and he paid dearly. He lost his job in the army and many of his privileges – and vanished from public life.

Even during his time of reduced status within Communist Czechoslovakia, Zátopek had an international standing that was such that he had continued to receive invitations from overseas. In 1972 he was invited to be a guest at the Munich Olympics and shortly afterwards to the funeral of the legendary Paavo Nurmi in Finland. At first, his employer and the authorities refused but, once it was realised that he was not a defector risk and that there was a propaganda advantage, he was allowed to accept invitations.

He was awarded the Pierre de Coubertin medal (the ‘true spirit of sportsmanship’ medal) in 1975.

Zátopek had been born into modest circumstances and during his life experienced many of the turmoils of his home country: Nazi Invasion, Communist takeover, the Prague Spring and Soviet invasion. Following the collapse of the USSR in the 1990s and the peaceful separation of Czechoslovakia into Czechia and Slovakia, the Czech Republic became a multi-party state. Vaclav Havel, the last president of Czechoslovakia and first president of the Czech Republic, restored Zátopek’s status.

Zátopek died in November 2000. He was accorded a state funeral at Prague’s National Theatre, which was crowded with leading figures from the international sports world including Juan Antonio Samaranch, president of the International Olympic Committee, and and International Amateur Athletic Federation president Lamine Diack, along with members of the Czech Republic government.

In 2012, he was named among the first 12 athletes to be inducted into the International Association of Athletics Federations hall of fame.

Zátopek’s athletics achievements are a matter of record, but it was also his wonderful personality, generous nature and bravery which won him so many friends and admirers around the world. He remains one of the best possible role models for the athletes of today.