Manchester band, Sad Café , led by Paul Young, will be visiting Whitby Pavillion on Friday 4 February. as part of their tour 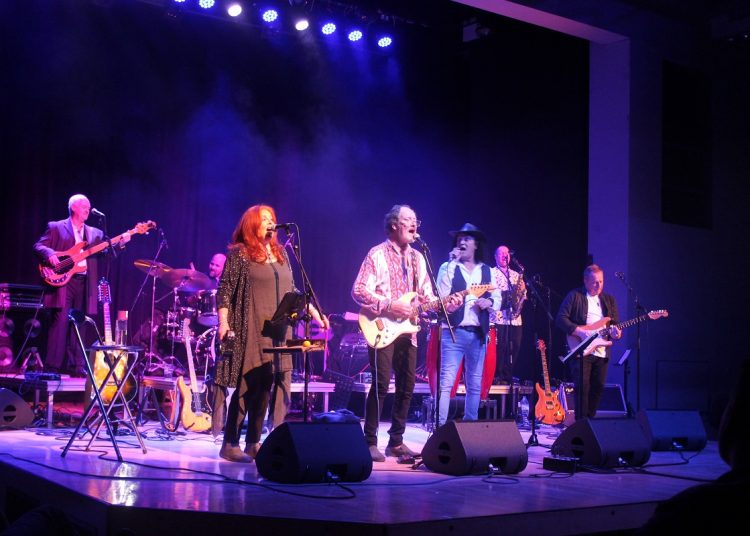 Manchester band Sad Café had their first hit in 1979 with Everyday Hurts after 3 years of constant touring and releasing albums. Now the band is visiting Whitby Pavilion on Friday 4 February – their only date in the north.

The band was always popular in the North West, with concerts at the Manchester Apollo selling out before the rest of the country had heard of the band.

How the act got their name is quite intriguing. The band were playing their first concert and didn’t have a name, the story goes that they had a conversation with the box office assistant who was seen reading a book The ballad of the Sad Cafe where upon the band decided to name themselves Sad Café!

Led by one of the best frontmen I have witnessed live, Paul Young (not to be confused with the solo singer of the same name) could engage an audience with his infectious enthusiasm besides being a fantastic rock and ballad singer. With the swagger of Mick Jagger mixed with northern friendliness he was one of the best singers of his generation. Young went on to be a member of Mike and the Mechanics before he sadly died of a heart attack in 2000 aged only 53 years old.

The band is now touring with original members Ian Wilson and bassist Des Tong. They are joined by long-time associate, singer/songwriter Sue Quin, the vocal talent of Barry James Thomas and lead guitarist Dave Day along with multi-instrumentalist Neil Shaw-Hulme, keyboard player Matt Steele and drummer Bryan Hargreaves to once again perform their catalogue of great songs including the unforgettable Every Day Hurts, My Oh My, Strange Little Girl amongst others.