Helga Fox and Sarah Cobham delve into the world of the botanical artist Eliza Eve Gleadall, author of The Beauties of Flora. 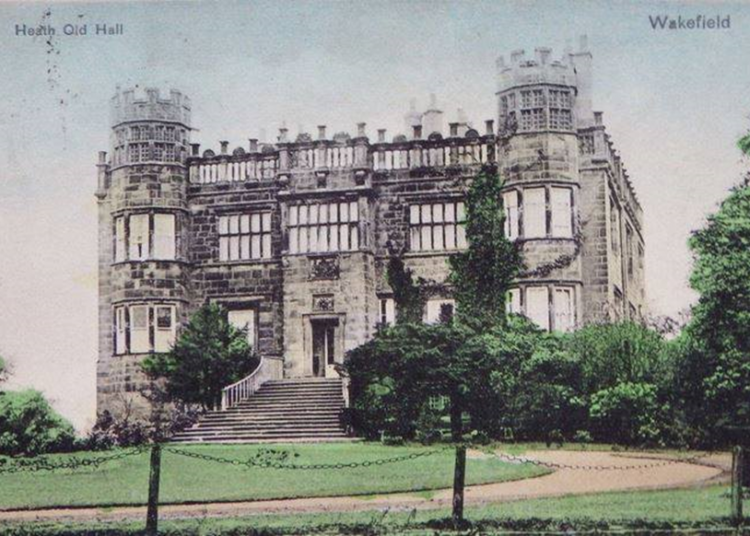 Photo of Heath Old Hall by Twix Aire and Calder, no copyright

Based on research by Helga Fox and Sarah Cobham

Gifted, accomplished, and intelligent. Eliza Eve Gleadall’s work is currently not recognised by the Linnean Society, whose classification systems she meticulously followed in her 1834 and 1837 portfolio of botanical paintings and poetry entitled The Beauties of Flora.

Born c.1806 and baptised in Gainsborough, Lincolnshire, Miss E E Gleadall’s botanical account of 40 ornamental foreign plants found in the orangeries of the great houses of Wakefield and beyond, was produced whilst in her late 20s and early 30s when she was living at Heath Old Hall, Heath. During this time, she was a teacher and then the head mistress of an exclusive ladies’ seminary at Heath Old Hall, which was first established in 1827 by Miss Simpson.

The Linnean Society, established in 1788, did not recognise women as legitimate contributors to botanical or scientific study until 1906, when females were admitted as fellows. However, Samuel Curtis, a fellow since 1810 and proprietor of The Botanical magazine since 1781 having inherited it from his cousin William Curtis, mentored Gleadall and enabled her to “execute the style of the plates” which, according to Linnean Society standards were deemed to be “correct copies of nature”.

It is this intricate observation demanded by the Linnean Society that produced an exquisite racemose (red) passionflower plate. John Vanderplank, the current keeper of the UK National Collection of Passiflora, referenced this specific plate in his 2007 co-authored paper, ‘Attempts to recreate Passiflora ‘Kew Gardens’’.

He was able to evidence that hybrid plants from the sub-species ‘Kew Gardens’ emerged much earlier than the first recorded 1954 specimen held at Kew. He made this discovery based on Gleadall’s plate showing a passionflower hybrid in 1834.

Gleadall was also instrumental in bringing to Victorian society’s attention the importance of the religious imagery of flowers.

Professor Maggie Atkinson of Grenfell Campus Memorial University in Canada in her, Religion and the Arts paper published in 2015, attributed Gleadall’s publication – drawn from nature and embellished with botanic, poetic and emblematic plants – as being instrumental in the importance of understanding the religious imagery of flowers and their meanings to a Victorian society seeking to square a religious pedagogy with new science.

When Gleadall writes in her introduction that the pastime of drawing botanically correct specimens might “afford a chaste recreation” to the “usual terms” of education, she quickly establishes the purpose of the folio which was, “To look through Nature up to Nature’s God”.

In other words, to observe through scientific eyes the religious, poetic and romantic symbolism and importance of the language of flowers. 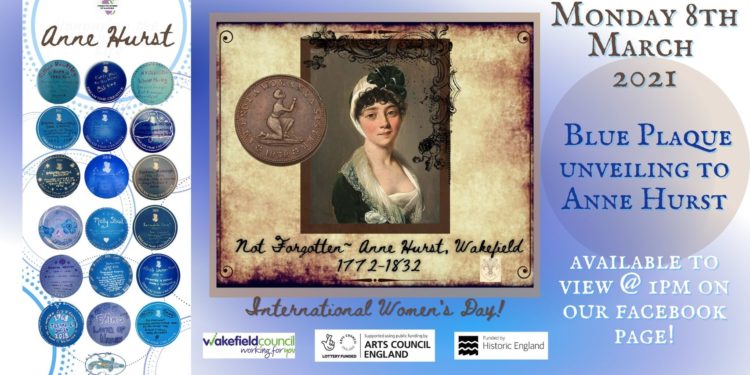 Drawn by the natural beauty of Heath, Simpson (possibly Gleadall’s aunt) took on the abandoned Heath Old Hall in 1827 and transferred her established ladies’ seminary from Adwick Hall, Doncaster.

Before that, the grand Elizabethan house had been used by Benedictine nuns who had also run an elite school for ladies between 1811 and 1821.

Gleadall, who had joined the teaching staff by 1831, clearly had a strong relationship with the order as they appear on the list of subscribers to Beauties of Flora ‘The Ladies of Orrell Mount, Wigan’, alongside such names as Her Grace, The Duchess Dowager of Newcastle and The Right Honourable Earl of Mexborough. Other more familiar names, to those who know a little of Wakefield’s history, include, Mrs Wm Lee of St John’s Wakefield and Rev T Kilby also of St John’s Wakefield. Mr Samuel Curtis F L S was also a subscriber.

Curtis is acknowledged throughout the folio alongside the Linnean methods of classification. Gleadall had no way of being recognised at that time for her contribution to the natural and botanical community despite consistently and conscientiously referencing male botanists in her work … and yet none of them acknowledged her.

By 1831, Simpson and Gleadall were advertising for “parlour boarders” at 40 guineas per annum. This ‘higher class’ of pupil was offered a broader and more exclusive curriculum, alongside the usual English, grammar, history, reading and ‘fashionable works’. The ‘extras’ included French, Italian, music, drawing, dancing, geography and astronomy – all, as described in the newspaper advertisement, on the ‘usual terms’.

Evidence from Margaret Bollard’s commonplace diary from c.1820 shows that, as a pupil at Miss Simpson’s school for young ladies when it was at Adwick Hall, the boarders did indeed receive extremely high tuition in the art of drawing and painting. Bollard’s diary is full of sketches and paintings of the type of flora and fauna that would eventually make up the portfolio of work published, by subscription, by Eliza Eve Gleadall. 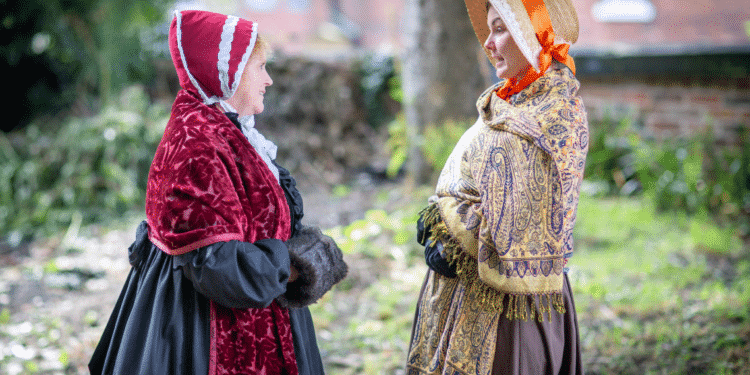 Copies of Beauties of Flora are exceedingly rare yet the content continues to be referenced and revered by notable institutions, and people. Indeed, the importance of her work has been referenced within The Great Flower Book of 1940 and The Garden Club of America in 1946.

Handasyde Buchanan,  the “opinionated” manager of London’s bookshop (Heywood Hill) for over 30 years that was the “centre of all that was left of fashionable and intellectual London” (Evelyn Waugh), was a specialist in Victorian Art Books and contributed a chapter with the title, ‘On Collection Old Flower Books’ to the 1954 book The Gardner’s Album by Miles Hatfield. In it, Buchanan writes:

“I do not fail to appreciate that Hooker’s Paradusus Londinenis, for example, is likely to have, as it were, more food value than Eliza Gleadall’s Beauties of Flora; one respect the former, but enjoys the latter.”

In 2001, Gleadall’s work featured at the University of Wisconsin, Madison as part of their ‘Women and Nature’ exhibition and a copy of the first folio is held in the ‘Notable Decorative Arts and Cultural Objects’ as a museum piece in the Wisconsin library.

In 2021, the American Society of Botanical Artists featured Gleadall’s Large Blue Periwinkle in their spring newsletter, emblazoning it across all of their digital platforms.

By the time she was 29, Gleadall was the head mistress of the ladies seminary at Heath Old Hall and advertising her highly successful Beauties of Flora in the local and national press, dedicating the second volume to “His Grace, The Lord Archbishop of York”.

In 1838, she married Benjamin Williamson, a widower of Leeds. Busy with four stepchildren and three of her own, Gleadall never produced any further botanical artwork. Her successful ladies seminary was taken over by the Misses Penn who continued to educate the daughters of the great and the good of Wakefield building on the outstanding educational reputation Gleadall had created, until at least 1851.

When Gleadall found herself a widow in 1854 at the age of 48, this remarkable woman set up another ladies seminary in Beech Grove, Harrogate which she ran, until her death in 1887 aged 81.

In 1897, the brother of Lady Catherine Milnes-Gaskell, The Honourable Fredrick Wallop, gifted a copy of The Beauties of Flora to Charles Milnes-Gaskell. This copy, one of only 115 ever printed was auctioned at Bonhams in 2014.

Gleadall’s legacy as a botanical artist and author, whose illustrations inform Kew Gardens’ classifications of exotic flora and fauna, as well as assisting the religious community and gardeners worldwide in understanding more about the language of flowers, will be recognised with a blue plaque as part of International Women’s Day 2022 celebrations in Wakefield.

It’s time the Linnean Society also recognised Eliza Eve Gleadall for her contribution to their heritage, and gave her a place she very much deserves, in their story.

This passion project is part of Dream Time Creative’s Forgotten Women of Wakefield campaign for #blueplaqueparity, bringing women’s stories from our past, alive.