Norky wonders what his parents would think of modern day celebrities; while asking what makes a celebrity a celebrity, he reminisces about the likes of Spike Milligan, Charlie Chaplain and Peter Sellers. 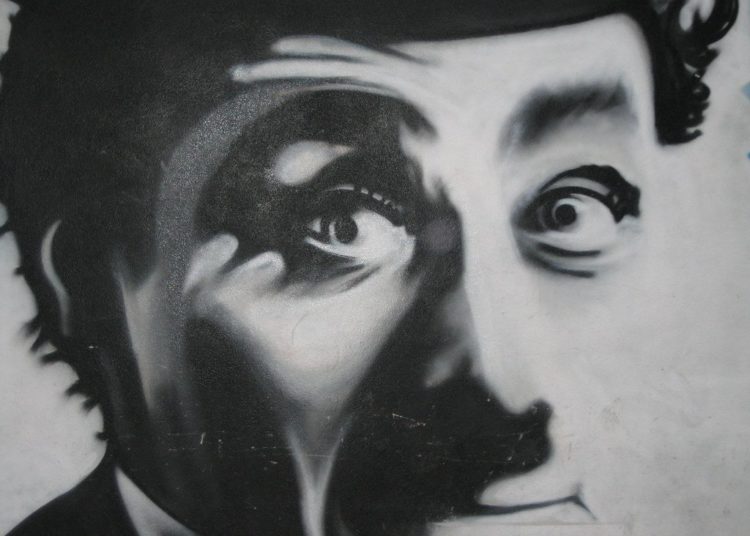 I have often been intrigued by how celebrities become celebrities. Sometimes it’s obvious – they may have talents or bravery in abundance – sometimes it’s not so obvious.

I assume celebrities have been around since the rest of the community looked to them for guidance and or leadership, probably from the beginning of time. However, I wonder what my parents would think of our modern celebrities.

Celebrity as we know it now probably started with the advent of mass communication. Mum and Dad and their parents would spend any spare moments listening to the recently invented apparatus that became known as the wireless.

In 1864, a Scot named James Maxwell proposed that light is a form of vibrations involving electricity in some way, and eventually, through some convoluted studies carried out by Oliver Lodge, Heinrich Hertz and Guglielmo Marconi, we came to the wireless. The name derived from no longer needing wires connecting two places as required in the then well-established telegraph system.

In November 1922, the company that soon became the British Broadcasting Corporation began broadcasting from London and the need for a radio in our living rooms became a necessity. Celebrities in the days of radio were entertaining, funny, talented.

In the 1940s, the show ‘ITMA’(It’s That Man Again) and its star Tommy Handley were incredibly popular.The idea of a ventriloquist act on the radio may sound unlikely, but Peter Brough and his dummy Archie Andrews drew huge numbers of listeners to their radio show in the 1950s.

Kenneth Horne became a star with his series ‘Beyond Our Ken’, followed in the 1960s by‘Round the Horne’, the last radio programme to attract a regular audience size of 15 million. Many other comedians became famous on radio before going on to achieve success in television and film, for example, Tony Hancock, Spike Milligan and Peter Sellers.

During the heyday of radio, the film industry was also becoming well established. This boasted even more celebrities. Even the silent movies produced people of immense talent and entertainment – Buster Keaton, Harold Lloyd, Laurel and Hardy, and Charlie Chaplin, to name but a few. They were also very brave.

One famous example was the Buster Keaton scene in “Steamboat Bill, Jr” where he stood still while a gable end of a two-storey building blew over on top of him in a storm, the amusement being that the one upstairs window which was only four inches wider than Keaton himself landed around him.

Another example was Harold Lloyd’s film with a very apt title ‘Safety Last’ where he climbed a nine-storey building and hung first from a plank and then a clock face over moving traffic.

More serious actors appeared in films like the winner of the first academy award for best picture, ‘Wings’, starring Clara Bow, Buddy Rogers, Richard Arlen and Garry cooper. A love story set in WW1 and released in 1927, it included many scenes of WW1 British and German fighter aces in death-defying dogfights with cameras mounted on the aeroplanes.

I have great difficulty understanding our modern celebrity culture. I often fail to understand what makes a celebrity into a celebrity. But what I do know is that it doesn’t matter one little bit what I think, but now that I’m nearly 74 years old, I feel that I have earned the right to be grumpy about it, grumpy about many things in fact. The following picture is my best grumpy look, taken during my hairy early lockdown phase. I’m better now.

Anyway, enough of this Grumpy Norky. I will again try to provoke a smile.

Fred was an old, proud Yorkshire lad born and bred. Unfortunately, after a long and happy marriage, poor ole Fred’s wife died. After the funeral he went to the stonemason and said, “Nah then lad, I want thee to do me one a them ‘edstones for ar lass, and I want thee to write on it “SHE WAS THINE”.

“Yes sir”, said the stonemason, “it will be done this week”.

A week later Fred visited the grave and to his dismay it read “SHE WAS THIN”.He immediately went back to the stonemason and said. “Nay lad, tha’s dun t’edstone wrong, tha’knows – tha’s missed an “E” offa t’end”.

The stonemason was very apologetic and promised to rectify themistake. A week later Fred dutifully visited the grave again and discovered that it now read“Ee SHE WAS THIN”.