Norky's 1962 expedition to find the B17 bomber on Marsden Moor had been unsuccessful. After a second expedition his bucket list is now complete 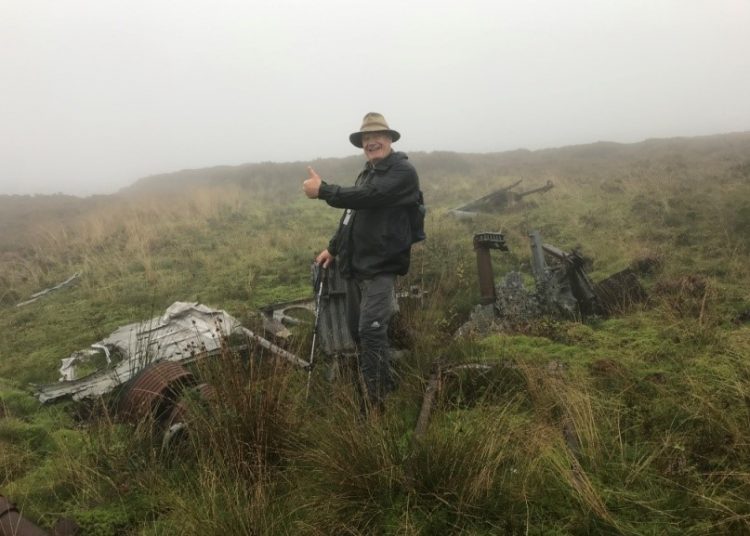 Norky with the B17 bomber

As described in a previous Ramblings episode, the 1962 expedition to find the B17 bomber on Marsden Moor with my two schoolmates had been unsuccessful, and since it had so very nearly resulted in our demise, the dread of it happening again had put me off any further attempt.

But the strange thing about the human mind is that we often come to believe that the things that once frightened must be faced again. A ‘straight back in the saddle after a fall’ type of attitude.

This is how discovering the B17 bomber on Marsden Moor had developed in my tiny mind, and for some 60 years that’s where it stayed. When the chance came to lay this fear to rest, had also proved unsuccessful. I became a little convinced that the gods were against me. Because of this, I became even more determined.

I had suggested to the W.A.R.T.S. walking group that we try to find this bomber, not only to fulfil my bucket list, but because it could also be an interesting journey into another part of the moor. Arrangements were made, but by the day of the trip, various pathetically lame excuses meant that only Captain Forager and myself were willing the trek across the moor and risk the wrath of the gods.

The weather conditions would have been very similar to the day of the crash, and similar to that day in 1962. Low cloud and mist, slight drizzle and more than a little miserable. 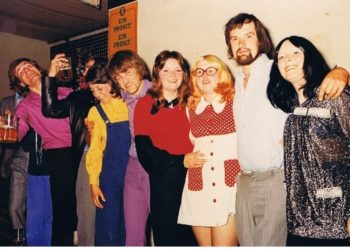 The unlucky B17 bomber

The B17, nicknamed ‘The Flying Fortress’ was built by the Boeing company for the US Army Air Corps in the mid 1930s. Nearly 13,000 were produced. It was a large, four-engine,heavy bomber, similar in size and performance to our own Lancaster bomber. However, the B17 sacrificed its bomb load for defensive capabilities: it had guns at the top, bottom, front, back and both sides, hence the nickname Flying Fortress. Each US bomber crew gave their aircraft a name, usually chosen by the pilot, and often named after the pilot’s mother. The wreckage we visited that day was called Barbara Jane.

Barbara Jane was on a test flight in April 1945, having had two new engines fitted. The crash happened when the crew got lost in the Pennine mist and descended to find a landmark. Because it was a test flight, there were only five crewmembers on board that day. All five survived, though unfortunately two suffered serious injuries, and one died a few years later from complications resulting from his injuries.

Another challenging attempt to find the Barbara Jane

The Forager and I parked next to a footpath that we knew took us to West Nab. This was the starting point suggested by the National Trust guide during the crash site walk on Black Hill the previous month. He said it was easy – just follow a straight line from that trig point on West Nab to Deer Hill.

Unfortunately, we could see neither West Nab nor Deer Hill, but the footpath thankfully took us to the trig point without problems. Then with the help of a combination of my traditional compass, but mainly The Forager’s phone app, we managed to walk in a straight line north, north-west over the moor.

There were no landmarks, just undulating heather and stream-cut gullies as far as the eye could see, which was no more than 100 yards. It was little more than a mile over the moor, but turned out to be a good workout. From the summit of West Nab, we didn’t have any paths taking us in the correct direction.

I suspect that there were no paths because the area of the crash site is in the danger area of Deer Hill shooting range. So we kept our heads down, even though it would have been hard for anyone to make out a target to aim at that day, apart from perhaps throwing a rock at us.

The Forager’s app kept telling us that we were very near. We peered into the misty gloom, hoping for the best but fearing that we could easily miss it by only yards and then get shot by a wayward bullet or rock from Deer Hill. 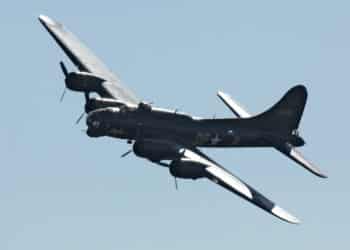 Defying the weather and terrain: success at last

We kept checking our compass and app every 20–30 paces. Every time we had to negotiate a stream-cut gulley, it took us off course and we again checked our direction.

I pride myself in being able to find my way home, in normal conditions, but also knew that these conditions were far from normal. After negotiating a particularly deep and tricky gully, I tested my natural direction-finding skill and without referring to the compass or app I pointed to where I thought north was. To my dismay, I discovered that I was pointing south, and this was just a few minutes after previously checking.

We quickly corrected our bearings and continued further and further into the moor. The Forager again checked his app and said we are very close to the co-ordinates on the website. I walked a few yards further and looked over a slight crest and, as if by magic, there it was. We had scored a bullseye, every bit as accurately as the sharpshooters at Deer Hill.

To get back, all we needed to do then was walk due south and we would hit the road we had left two hours earlier. We did better than that: we found the trig point on West Nab and from there followed the footpath down to the car. Justifiably determined and very satisfied, albeit moist! To celebrate my fulfilled bucket list, the Forager treated me to a bacon butty and an ice cream sundae, a strange combination, one may think, but it was a strange day.

The compass alone would have kept us in a straight line there and back, but without the app and the correct co-ordinates, we would have had little to no chance of finding the crash site. I had always thought this site was on Marsden Moor, but in fact it’s on Meltham Moor, although nobody would be able to tell the difference.

A happy and fulfilling day.