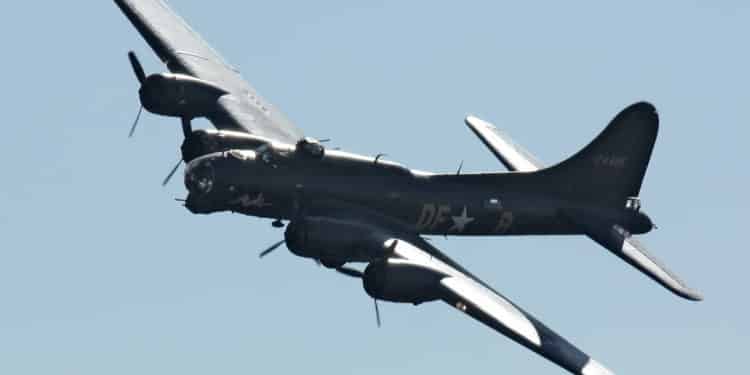 True stories from ‘Norky’ who comes from Scapegoat Hill, a small, isolated farming village, high on the Pennines in West Yorkshire. You can catch up on his ramblings so far via his author page. This article is part five of a six-part series on the theme of male immaturity based on Norky’s childhood.

I have always been interested in military campaigns, wars and weaponry. When I was 15 years old, two of my school mates and I heard about a WW2 B17 Flying Fortress bomber that had crashed on Marsden Moor in 1945.

Being innocent of the dangers, naive and romantic, we decided to climb up to Marsden Moor. I had never walked onto the moors before this time; however, it must be simple enough we thought – just head uphill from Marsden. So off we went one Saturday wearing only our normal playing-out clothing.

We were fully expecting the huge bomber to appear in front of us, perhaps one of the remaining engines still turning its last few revolutions, perhaps some weaponry scattered about waiting to be picked up and, even more exciting, a body or two to be discovered.

We were 15 years old and yet to learn to be careful of what to wish for; too stupid to see the fuller picture or the potential horror of the big bad world. We were simply looking for excitement.

In search of the B17: we headed (unwisely) to Marsden Moor

We found our way onto the moor and were immediately amazed by the size and bleakness of the landscape. Marsden Moor, Meltham Moor, and Black Hill are a tiny fraction of the northern end of the Peak District national park. Within an hour of leaving civilisation, or Marsden depending on the starting point, we can find ourselves in a landscape so foreboding, intimidating and threatening that we immediately realise how tiny and insignificant we are.

As far as the eye can see there are troughs, gullies and mountainous hills just waiting to swallow the foolish and unprepared, like an angry motionless sea of danger, frozen in time. Looking at it differently, there are views that fill the senses with wonderment: nothing but moorland as far as the eye can see, no civilisation to spoil nature, just gentle sounds, smells and fresh clean air that makes us feel we could live forever, or at least make us wish we could.

Undaunted by the landscape, us three young lads pressed on. If we carried on in a straight line we must surely find the bomber, we thought.

As it often does in these parts, the mist began to fall and we were becoming hopelessly lost. Eventually after maybe a couple of hours, we came across some footprints in the peat. Logic and apprehension dictated that we should follow them, and so we did for another hour or so. Then to our amazement, these footprints doubled up. It took us a little while, but we eventually realised that we had been following our own footprints.

Apprehension turned to fear, as we could not see more than a hundred yards and had no idea which way to turn. As we stood in silence trying to work out in our own tiny minds what to do, we heard a vehicle in the distance. We then did the only sensible thing of the whole expedition and headed for the sound.

We found a road not far away but had no idea what road or which way to turn on it. We were getting tired, wet and miserable and decided to follow it downhill. After another hour, we came to the outskirts of Marsden.

As a measure of how lucky we had been, during the whole time from hearing that vehicle in the mist to entering Marsden, we did not see nor hear another vehicle on that road. This innocent adventure could so easily have ended as another tragic statistic.

A second attempt to find the B17

The search for this crashed bomber has been on my minor bucket list ever since. In August 2021, the Captain from our W.A.R.T.S. walking group discovered a walk arranged by the National Trust to four military crash sites on Black Hill, which is part of the moorland overlooking Huddersfield, including Marsden and Meltham Moors.

I had no idea there were four crash sites, but knowing this would include my bucket list B17 bomber, I jumped at the chance. The Captain, the Colonel, and myself duly presented ourselves at the arranged Holme Moss car park, only to be told that the B17 is on Meltham Moor and would not be part of the walk. Gutted and crestfallen I nonetheless still joined in, and what an interesting walk it turned out to be.

Another dramatic crash on the moor

This is me paying respects to the two pilots killed while flying their Gloster Meteor single seat fighter aircraft. They both crashed at the same time during an equipment training exercise in 1951. There were four Meteors in two pairs and the exercise was for two to practise ‘detect and chase’on the other two. The exercise was called off because of bad weather and low cloud. Unfortunately, two radioed that they had seen a landmark and descended too far to investigate.

Like all the other crash sites we visited that day, they were so very near the summit. I would guess that this particular one was perhaps 50 feet from the top of the hill. But suddenly encountering 50 feet of undulating moorland peat, travelling at perhaps four or five hundred miles an hour,wouldn’t have given these unfortunate pilots much of a chance. They probably never saw the ground and death would have been instant. As for the bucket list, fate has dictated that this small ambition will perhaps never be satisfied. Readers of my previous ramblings may be aware that I have had a very modest academic education. However, I recently heard that Sir Isaac Newton died a virgin, which means that I have one up on one of history’s greatest scientific and knowledgeable minds … because I’m not dead! 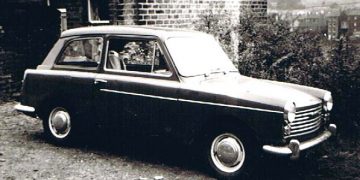 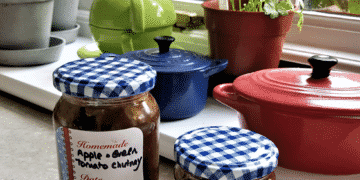 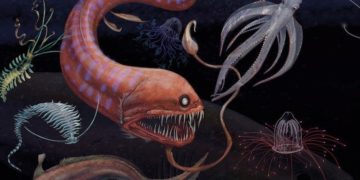 DONATE
No Result
View All Result