Norky records memories of the early days of pop music and game show programmes on British television (and prepares to stand corrected!) 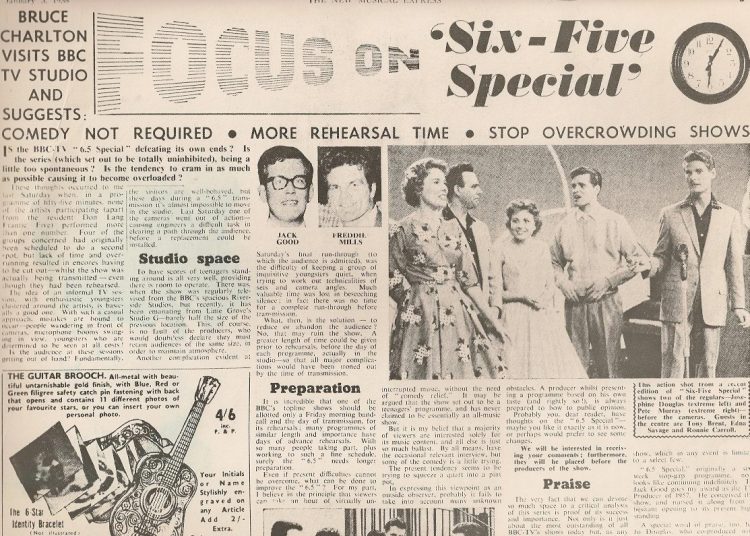 The other day I was jamming with my mate Roger. Jamming is when friends get together to perform music for their own entertainment without an audience; sounds a bit like jazz. (Sorry, jazz fans – only joking!)

As we were jamming, we started to reminisce about some of the early pop music programmes and game shows on television. Moi joined in and between us we could remember many, and even remembered some of the presenters and performers.

The perils of writing about the past for the sharper of memoryYorkshire Bylines readers!

In recording our memories below, I am fully aware that I am inviting corrective feedback from someone who knows far more than me, as happened following my suggestion in my previous ramble entitled ‘Puberty’. I had the cheek to suggest that a particular play could have been broadcast on either BBC or ITV in 1957. The reader’s response was detailed in the extreme.

It was pointed out that it could not have been ITV, as we could not pick up the signal in our area at that time. I was informed of the date and name of the transmission mast that was erected to cover our area; and fine details of the hertz and megascrotes it used, or something like that. He (I can only assume it was a he) attempted to identify what the play I was describing could have been. Many more details were included, much of which I didn’t understand.

I imagine the same chap will be searching through his piles of old ‘Radio Times’ stored in his back bedroom for the correct versions of our collective and aging memories listed below. We should admire the dedication!

Six-Five Special – a pop music first for the BBC

Six Five Special was the BBC’s first tentative, reluctant advance into pop music in February 1957. The hosts were Pete Murray and Josephine Douglas. Apparently, it was the job of Josephine Douglas to interpret Murray’s jive talk for the older viewers. All male presenters on early television were always smartly dressed in lounge suits, if not in dinner jackets, and all the women were usually in some version of a ball gown. It’s difficult to imagine a scene where a woman in a ball gown is interpreting ‘jive talk’ from a chap in a dress suit.

The programme started with the song “Over the points, over the points, over the points, the six five special steaming down the line” performed by Don Lang. This and the visual background of a steam train encouraged the idea that the programme title was something to do with a steam train timetable; in fact, it derived its name from the timeslot of 6.05 in the evening. A time between the afternoon children’s television and the more adult entertainment later in the evening, 6–7pm was dubbed ‘toddlers’ truce’. This was the hour that the government broadcasting department had decided was a fitting time for toddlers to be put to bed. Governmental attempts at controlling our daily lives isn’t a new thing.

Pop music on television really kicked off in the 60s. In 1961,we had Thank Your Lucky Stars, hosted by Brian Matthew, Pete Murray, and Janice Nicholls. Ready Steady Go was hosted by the very lovely Cathy McGowan and … somebody else (opening for reader input here, although I never cared who the other person was) from 1963. Both were produced by ITV/ABC.

The BBC were late, as ever, at grasping the pop music nettle, but in 1964 they produced Top of the Pops, which proved to be the most lasting of these types of pop music programmes. Although they hardly ever performed live, singers and players mimed to their latest songs, some better than others,all too often hampered by the artists not being able to hear what was actually being broadcast.

Janice Nicholls had first appeared on a pop panel program called Juke Box Jury, produced by ATV in 1961,where a panel, chaired by David Jacobs, was asked to score a latest pop song out of a possible five. At least one of the panellists was picked from the general public. Janice was an attractive young woman from Birmingham, and when she said “Oi’ll give it foive” in her Birmingham accent – in the days when strong regional accents were rarely heard on television – she became an instant celebrity. A record called I’ll Give It Five was produced on the Decca label. Like most records that are trying to cash in on some sort of fad, it was rubbish of course. 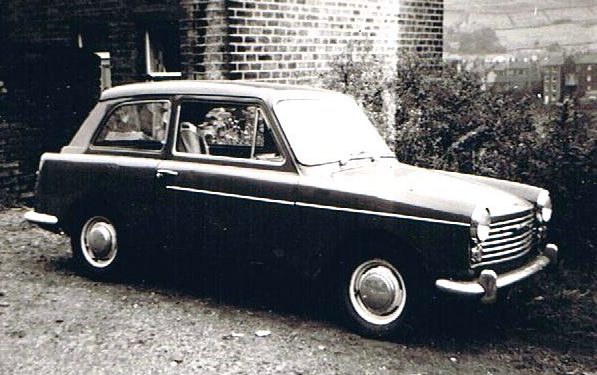 Nearly all, if not all of the early presenters on the BBC had middle England plum accents, and many were chosen because they had titles or some connection with aristocracy. Lady Isobel Barnett springs to my mind, a regular panellist on What’s My Line, a show where the panel had to discover the occupation of a guest member of the public by asking questions with only a yes/no answer. If the panel discovered the correct answer before three no answers from the contestant, then they were declared the winners of that round. Riveting entertainment.

A very popular programme was the game show Take Your Pick hosted by Michael Miles. This was the first British game show to offer cash prizes. First broadcast on ITV in 1955, it had actually started on Radio Luxemburg in 1952.

The show had what was called a “Yes/No Interlude”, where Michael Miles asked questions to contestants picked from the audience. The challenge was to avoid using the words ‘yes’ or ‘no’ in the answers – hours of fun. Just to build the pressure a member of the production team called Bob Danvers Walker stood at the side of the petrified contestant with a dinner gong, which was struck at any yes or no, further adding to the terror. If anyone managed a whole minute without answering yes or no, Mr Miles reluctantly gave them a half crown – 2s/6p, twelve and a half pence now.

Entertainment was much simpler, more innocent and cheaper in those days. They were equally frugal with spending on set design and probably borrowed the gong from the boarding house next to the studio.

Another very popular game show with the same humble beginnings on Radio Luxemburg was Double Your Money hosted by Hughie Green. I recently watched an episode of Double Your Money on-line (I’m a bit sad like that sometimes). For £16 the contestant was asked to name all ten provinces of Canada! They had to earn their prize money in those days. Even if it was fixed, and it probably was, most people, I’m sure, would be hard pressed to remember the answer to that question even if they had been told it beforehand.

I can’t remember what I had for my dinner two hours ago, but I can remember the name ‘Bob Danvers Walker’ from the early sixties. Memory is a funny thing. I look forward to hearing from my friend with all the proper information when he has searched through his Radio Times.

A Yorkshire couple had just won the EuroMillions and were contemplating what to do next. The wife said, ’What shall we do about the begging letters?’ and he said, ‘Keep sending em’.