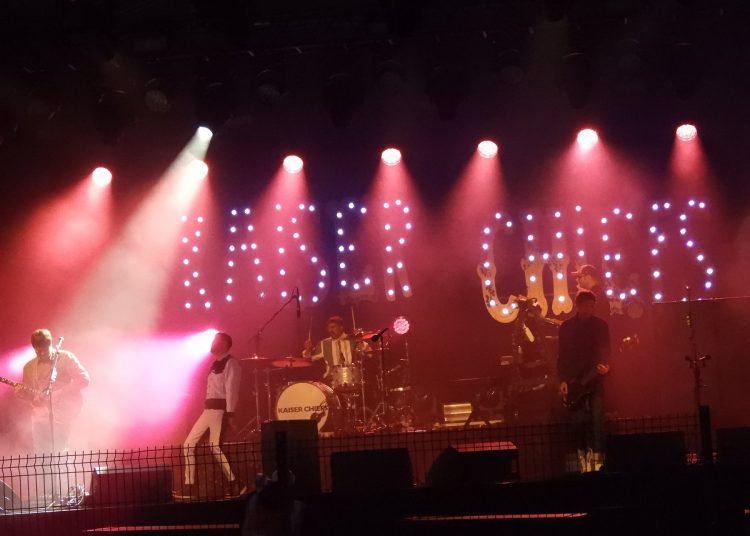 Yorkshire band Kaiser Chiefs arrived at Doncaster racecourse this weekend with a huge back catalogue of hits that are the envy of many a band. The idea of having an evening at the races followed by a concert is a simple one which made me think why no one had not thought of the idea before. Thankfully over the last few years the concept has become very popular. The racecourses have the space to hold an outdoor concerts and it rounds off an enjoyable day.

Before the Kaiser Chiefs arrived on stage, the David Bowie hit, Heroes blasted out from the speakers as if to salute the fans who had gathered around the stage. Led by Ricky Wilson, the band kicked off a tight set with Never Miss A Beat. The power and energy coming from the stage seemed to match the enthusiastic audience who were celebrating after a successful day at the races.

“We are from the north, though I have lived in the south for the last year I have lived in Mexborough”, Wilson shared with the fans as he introduced People Know How To Love One Another. He even went on to mention his local chippy in the town!

Hearing all their songs together made me realise how many hits the band have had. Many of their fans will remember when Kaiser Chiefs were regulars on the Saturday morning TV show CD:UK, their appearance always seemed to brighten up the morning for me.

In a fast-moving concert, the band never seemed to stop. If Wilson was not standing on top of the stage monitors cajoling the audience to sing and clap, he was running around the stage like a tiger. 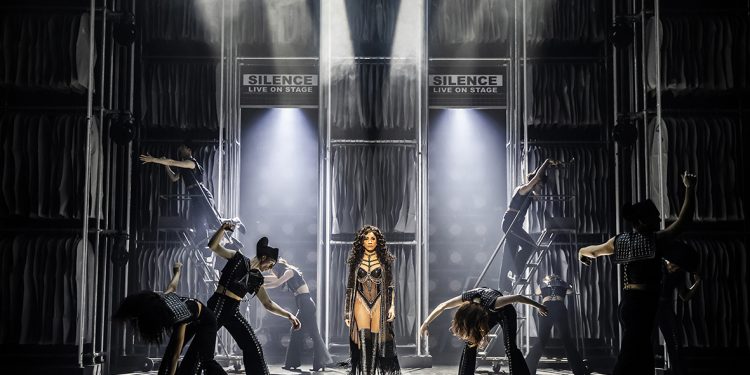 Revealing that the group bought their first tour bus in Doncaster as Wilson introduced Coming Home, the song felt apt as their Yorkshire fans gave the homecoming the band deserved.

The group reached Number One in the singles chart with Ruby; it is a song which you either love or hate, their seems to be no middle ground. As Wilson tempted the crowd with “Donny, Donny, Donny” he broke into the opening “Ruby, Ruby, Ruby” line as the fans went crazy.

I Predict A Riot – a song about their nights out in Leeds back in their youth sounded as powerful and direct as the recorded version. After the absence of live music to the pandemic over the last two years we all realised what we had been missing. The live interaction between the band and audience is something that cannot be replicated on a screen monitor.

No ‘holes’ in the Kaiser Chiefs

Surprisingly the band included a cover version of The Who’s Pinball Wizard – the song fitted in well amongst their own. The pace slowed down with Angry Mob which slowly built in momentum as the song reached the end and the conclusion of what had been a rousing and infectious performance.

Naturally the band returned to the stage for an encore which included Hole In My Sole. Their had been no holes in Kaiser Chiefs’ show tonight – they had passed the winning post in style, for one evening we all had been a winner.