Local brass bands have suffered during the pandemic. The #BrassBandsAtChristmas campaign aims to help small bands get back on their feet. 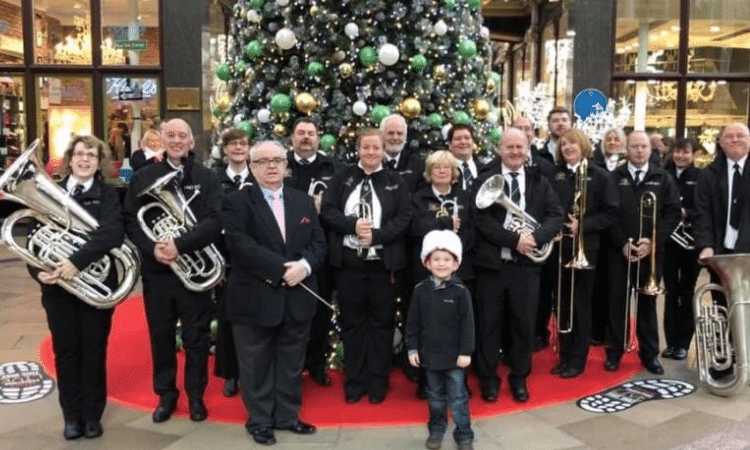 Kippax Band from Leeds is taking part in Brass Bands At Christmas - https://www.crowdfunder.co.uk/kippax-band-at-christmas

Christmas morning in the Newby household was hardly typical. Up early, but not for the presents. My father was secretary of the Rothwell Temperance Band and I – from the age of seven – played the cornet in it. It is now one of the top bands in the country; in 1960, it was in the fourth division and all its players lived locally.

Music at Christmas feels particularly special and is the time when brass bands can really shine in their communities. It was no different for the Rothwell Temperance Band. On Christmas morning from 9am to 1pm we went round the village, playing carols on street corners and in some cases the yards of individual houses. The route was arranged so that we reached my parents’ house at about 11am, so that everyone could have a cup of coffee and a piece of Christmas cake (with cheese).
Rothwell Temperance Band at Christmas

We had collecting boxes and for the only time in the year collected money for ourselves! So at the end of a tiring morning there was always some excitement to see how much we’d raised.

We played a full range of carols – ‘Hail Smiling Morn’ was my favourite and I hated ‘Silent Night’. And over the 15 years when I took part, we played in all weathers, from benign sunshine, to pouring rain, to frosty mornings when the trombone slides froze between stops. It was wonderful, and made the wait for presents very well worth it.

The camaraderie of the brass band, the way it draws in people of all ages and abilities, the support it gives to children and young people and the pleasure it gives to listeners, are very valuable community assets. 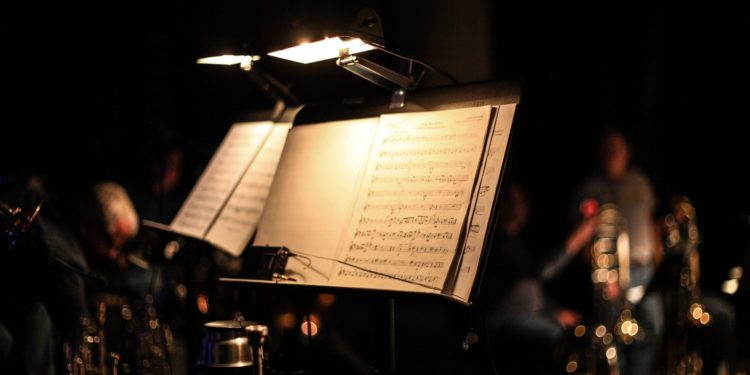 The impact of the pandemic on bands

The pandemic has put local brass bands under strain, with many suffering financial loss and struggling to survive, let alone thrive. More than just the economic loss, band members feel a genuine sense of loss that they have been unable to engage with their communities and explore new opportunities.

Although the Arts Council has helped ease this problem by sponsoring big names such as Black Dyke Mills to play around the region with local bands – as they did with Ripon Band in the summer – bands need help getting back on their feet.

The #BrassBandsAtChristmas appeal is hoping to raise money to support these local brass bands, helping them to do things like repair broken instruments to get up and running. And they’re encouraging young people to get involved once again. Donors have the chance to win a set of prizes, such as a performance from a band on your doorstep!

Lots of bands are taking part in the event, up and down the country. In Yorkshire this includes Chapeltown Silver Prize Band, East Riding of Yorkshire Band, Kippax Band, Markham Main Colliery Band, and Swinton Band. There’s also UniBrass, based in Sheffield, who have three of their trustees doing a triathlon between now and Christmas, running, swimming and cycling the equivalent distance of Southampton to Sheffield.

Angellica Bell, TV and radio presenter, who will be at the forefront of the appeal, said:

“Through chatting to those involved in brass bands, I’ve learnt that being part of a band isn’t just a hobby, it’s a way of life. Bands are providing both musical and social opportunities for people of all ages in local communities across the country, and those involved in this campaign are trying to keep that going for years to come.

“I’ve got great memories of bands playing carols at Christmas time, so I can’t wait to see which bands near me will be out performing, and what rewards they’ll be offering to those who donate.”

A donation to the appeal would help ensure that one of the most distinctive and evocative elements of a Yorkshire Christmas has a secure future.