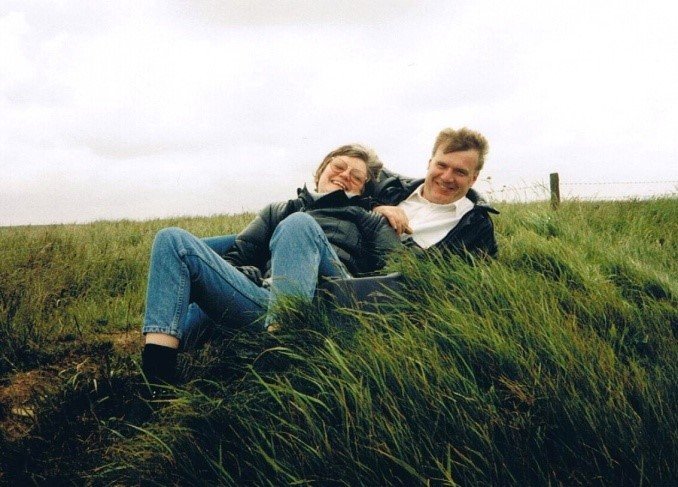 When my parents moved from the Golcar council estate to the chippy in Birkby, I was also allowed to join them. Being only 15 years old they perhaps thought I was a little young to be sent out into the world just yet.

However, my place of work was then more than three miles and two bus journeys away. Dad said as soon as I became old enough, he would buy me a motorbike – very much in the family tradition. To his credit, soon after my 16th birthday in 1963, he did. In those days, and until 1972, a full motorcycle driving licence was allowed at that age.

The introduction of driving licences

Driving licences had been compulsory since 1903, but this only meant applying for a licence locally – no need for insurance, road fund licence or test certificate. The only stipulation was that the applicant had to be 17 years old, except when applying for a motorcycle licence.

Requirements gradually changed. Insurance and tax were first to be introduced, and then in 1934 a driving test. Other changes followed when the first motorway, the Preston Bypass (now part of the M6), opened in 1958. In 1972, many new motorcycle laws were introduced, including changing the age requirements for over 50cc bikes from 16 to 17 years old.

This was brought about because the Japanese motorcycle manufacturers, mainly Honda, were producing very fast bikes. We were all very scathing about them, but in reality they were fantastic bikes, much quicker and much more reliable than our Triumph, BSA, Norton, Velocette, Ariel, Matchless, Royal Enfield and Vincent motorcycles could ever be.

Triumph are the only British bike manufacturers left, but they decided many years ago to take the Japanese on at their own game, and they have done an excellent job. They produce a range of performance and touring bikes to rival any manufacturer.

My first bike was a BSA C10L, a 250cc side valve single, which on a good day would have no problem ‘pulling the skin off a rice pudding’, a common expression for rating the power, strength or lack thereof. As most idiot lads do, I took my Beeza (BSA) on a road to test it out at its maximum.

My chosen road was a downhill section of the road into Elland. I set off, soon getting into top gear. I was flat on the tank, my chin firmly pressed into the petrol tank, arse up, head down, elbows and knees tucked firmly in. The rush of air told me that I must be reaching some sort of speed limit. I imagined myself to be my heroes Mike Hailwood or John Surtees.

As I reached maximum velocity, I bravely lifted my head into the hurricane to see what the speedometer was registering: 65 miles an hour. Can’t be, I said, but further tests proved it to be true. It had to go.

I had already passed my test, which wasn’t difficult in those days. The test observer just watched from the pavement, and the emergency stop was instigated by him (it was always a him) quickly raising his hand. Some very brave observers stepped out in front of the rider – mine did not. He could probably see the mad glint in my eye. I knew nobody who admitted to failing their bike test. I think the only time we would fail was when the observer was run over, and even then, if he was able to regain his feet, you still had a chance.

A fine group of friends. I think I could honestly say that there were perhaps only two potentially loose cannons. But they grew up just in time.

A much better bike

I had by this time met with an established group of bikers and one said that their mate Baz was selling his bike. On further investigation I discovered that it was Baz’s father that was selling the bike while Baz was on holiday. His dad was very concerned that he would soon kill himself if he carried on with biking.

Both Baz and his dad were very good mechanics and had tuned and adapted a Triumph Tiger 100 to look and perform like the classic Bonneville, and it was fast. I was 16 years old, owned one of the fastest bikes in Huddersfield, and had a cocky, arrogant attitude that dictated that I was eventually going to get into trouble with the police or killed. Luckily in some ways, it was the former.

Becoming known to the police

Between 16 and 19 I had many experiences of which I am not particularly proud. I received many points on my driving licence and I was eventually banned four times, from periods ranging from one to six months. There was one court appearance where I recognised the magistrate and hoped he didn’t recognise me. No such luck. He looked at me and said, “Weren’t you in this court last week?” I had to admit that I was, so that conversation resulted in another ban, of course.

The bike and I had become “known” to the police. I eventually had to sell it to pay for food and fines. I was told that the lad who bought the bike was pulled over by the police, and as he approached the poor unsuspecting lad, the police officer said, “Right, Norcliffe isn’t it?”

I was pulled over many times, at least once a month. It was a thing many bikers had to put up with in those days. It wasn’t difficult to find something amiss. Most of my misdemeanours were for “driving without due care, no road tax, and no insurance”. Strangely, I was never caught speeding or drink driving.

Even though I’m not proud of my cocky, arrogant attitude of that time, I gained a friendship with many fantastic lads and lasses, many of whom I still see. Unfortunately, as we were born in the forties, many of our good friends are no longer with us. We all get together in our local club every six months or so to reminisce and to exaggerate old stories, but the numbers are falling each year.

Rescued by my wife

Luckily In mid 1965, I had started a regular relationship with the lovely Moi, and she somehow became pregnant. Doing the gentlemanly thing, I ran away. No I didn’t. Arrangements were made for our wedding in December 1966. Unfortunately, Moi had a miscarriage before the wedding. But we knew we were meant for each other, and also that this was our opportunity to commit to a relatively stable life and to get ourselves out of the less-than-perfect situation we (particularly me) were in.

Materially we had nothing. We rented a flat over an empty shop in the next village. We were given an old, abandoned gas cooker that had been stored in a shed, an old moth-eaten couch, Moi’s bed from home, and spare cutlery, crockery and linen. Wedding presents were a re-conditioned washing machine and a new –  yes, new – iron and a set of pans and bed sheets. We had less than £10 in savings and cash. Luckily, I had completed my fines and driving bans and we both had a job. And, more importantly, we were happy.

Various stages of happiness over the last 54 years. The willingness to dress-up may help in that regard.