Emily Horner discusses divorce; how it affects young people, teenagers and adults. Bill and Melinda Gates were married 24 years, which statistically is a successful marriage. But recently, the rates of divorce have increased and the average length of marriage is declining. 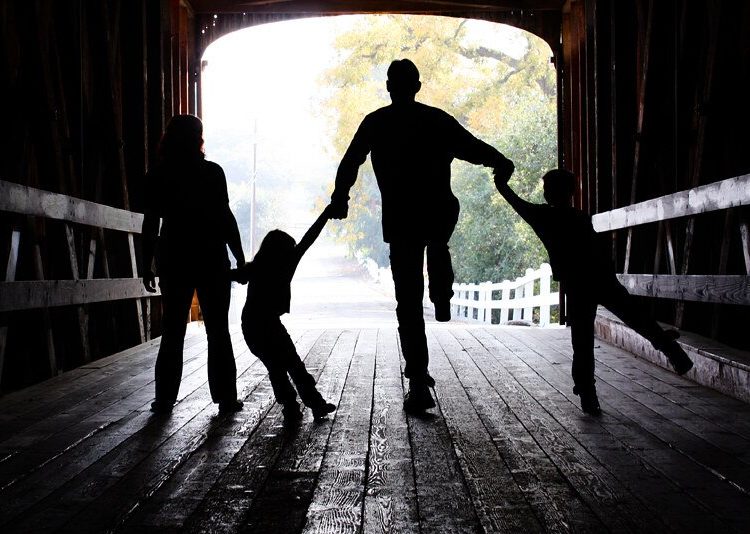 “Family Silhouette” by Phae is licensed under CC BY-NC-ND 2.0

Microsoft founder Bill Gates, and his wife Melinda, announced on 3 May that they’re filing for divorce after 27 years of marriage. It’s been suggested that the couple waited till their youngest daughter had turned 18 and graduated from high school before deciding to split. As a child of divorced parents, I question whether timing your divorce till your children are ‘old enough’ is the right choice.

I was 14 and my sister was 11 when we found out our parents were getting divorced. I still remember that Friday September evening after school. My mum called for us to come sit down in the living room, acting nervous, staring down at her lap. She said in a rushed breath, “I don’t know how to say this, but …”

But I did know how to say it, so I interrupted and said, “You’re getting a divorce aren’t you?”

It came as no surprise to me or my sister. The memories I have of my parents’ marriage consist of frequent pointless arguments, and they were never affectionate with each other, or ever really hung out with each other unless we were together as a family. So I knew that they weren’t happy.

I remember one day at primary school, probably aged eight, this girl was upset about her parents splitting up, and my weird way of trying to comfort her was saying that my parents were going to divorce one day too.

That September evening I started crying and darted out the living room, telling my mum to “go away” in typical teenage melodrama. My sister laughed, as she tends to do in tense situations. Maybe despite the expectation, it still came as a bit of a shock to me.

I remember in the months leading up to that evening, they had gone on a few dates together to restaurants, and I clung onto the hope that that meant they had solved whatever underlying problems they had. How naïve.

My dad was really quiet the next few days before he moved out, giving us this apologetic half-smile and saying “sorry, love”. We wouldn’t have an actual conversation about it till years later. Then oddly, we all attended the first, and so far only, wedding that my sister and I have ever been to, about a week later.

Psychology of teenagers with divorced parents

After my first year at University, I decided to move in with my dad, as our personalities are more similar. Ever since, it’s been me and Dad in our house, and my mum and sister in their house – but we’ve always lived walking distance away. Meeting their new partners was weird at first, both of us preferring to remain standoffish throughout our teens.

My parents’ friends and other family members would comment on how well we were handling it. I suppose we did appear to be handling it well on the surface. We were expecting it after all. But I think I would’ve taken it better at a much younger age. Yes, it was an amicable and swift separation, but I just couldn’t understand why.

My research into the psychology of teenagers with divorced parents affirmed what I’d already observed myself – that the younger the child is, the better they cope. When the divorce happens in earlier childhood, the child is more likely to experience short-term mental health problems, seeking more emotional security from their parents, and may be clingier until the divorce becomes more normal to them.

However, if the divorce happens during adolescence, the teenager tends to become increasingly detached from their parents, wanting to be more independent and self-reliant rather than seeking security from them. The mental health problems they may experience are usually long term, as they have clearer memories of their parents as a couple, and of the separation, and can form more questions and opinions about what’s going on.

This does sound a lot like me and my sister. Despite being each other’s polar opposites, we are very independent and not very emotionally expressive – we both find all this talk about hugging people as the social distancing restrictions ease really cheesy!

Neither of us have been put off marriage in the future, but we both seem to give up on romantic relationships easily. I’ve noticed myself that I put up walls, and my sister seems to enjoy ‘the chase’ more than the relationship itself – but how much is that just our personalities than the effects of the divorce?

More important than age, it is the level of conflict in the separation. This has the greater influence on children’s mental health – the more conflict brought on by the divorce, the greater impact the divorce has. Our parents’ divorce was amicable and swift – in fact, things were eerily quiet as the conflict of their marriage ground to a halt.

I’ve read in the coverage about the Gates’ separation that they “Just weren’t growing together anymore”, which reminded me of when my mum told me, “We just don’t fancy each other anymore, but you’ll understand when you’re older”. As a teenager, you don’t understand such vague reasoning like that. You still have a romanticised, unrealistic view of love and marriage due to your limited experience with it. Yet, I still don’t think I understand now, 10 years later, how someone could just fall out of love like that, especially after 24 years together.

Statistically, 24 years is a successful marriage. The latest figures on divorces in England and Wales show that divorces in 2019 saw the largest annual increase in 50 years, 18.4 percent, with the average length of marriage being 12.3 years.

But something I’ve learned about relationships from my parents’ divorce is that just because a relationship ends, it doesn’t mean that it failed. We’re still a happy family, and my parents still care for each other and get along well – my mum even once said that she sees my dad as a brother-type figure in her life now. I suppose our version of a happy family is different to the generic one with the married parents, and it doesn’t take away or distort our happy childhood memories as a family unit.

I’m sure that if the Gates did wait till their youngest was 18 before announcing their divorce, they did so out of love for her. Though I don’t think at 18, still just a young adult, you’d necessarily understand their reasons any more than I did at 14, or be less affected by any conflict that ensues.

You can’t shield your children from bad times – just do what will be best for your relationship. You can’t plan a right time to divorce. Maybe you can’t explain to them why – I still haven’t let go of that need to understand how a relationship can just dwindle away. But I’d much rather see my parents happy apart, than unhappy together.