Bill's in Leeds has launched a night fever menu full of delicious foods plus cocktails with disco inspired names! 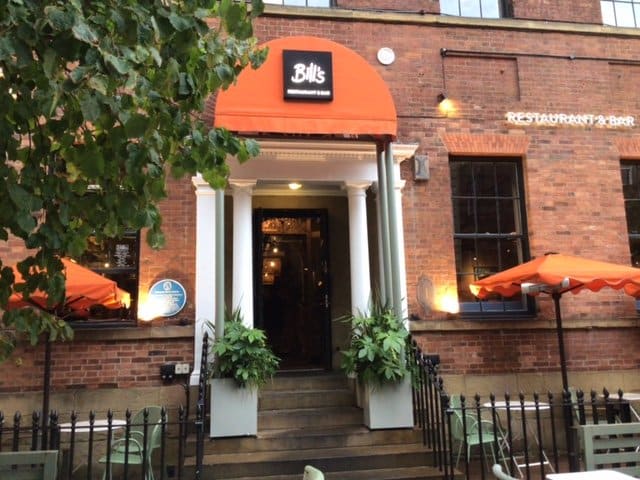 Bill’s in Leeds has launched a Night Fever menu from Thursday to Saturday night from 5.30pm to late. If you like your Boogie Nights and are known to Dance Yourself Dizzy then there Ain’t No Stopping You Now with this tempting night out.

There’s a DJ who plays a selection of disco classics, though when I visited he veered off the path and starting playing Pet Shop Boys, until the two disco dancers arrived and Chic and Good Times got the evening back on track.

Highlights on the Night Fever menu include the Studio 54 Sirloin Steak (named after the famous New York disco nightclub), Le Freak Vegan Burger, The Funky Chicken and The Dancing Salmon.

Night Fever cocktails are buy one, get one free with disco inspired names such as Disco Inferno Passionfruit Martini and the fruity Cosmic Candy Girl. Just don’t expect Jamiroquai to come walking through the door!

If you have a sweet tooth, the Sundae Night Fever dessert comes with chocolate brownie pieces, vanilla ice cream, oaty crunch and a chocolate glitter dome, served with a jug of hot salted caramel sauce. If you purchase a main course, your dessert is free.

Dance off the calories

After all this disco-inspired food, you might want to dance off the calories on the dance floor – thankfully there is space by the DJ booth to boogie on down.

Bill’s disco-dining Night Fever evenings will run from Thursday, 30 September until Saturday, 13 November 2021, with live DJs on Thursday, Friday and Saturday evenings only.

More information about Bill’s in Leeds can be found here