Paul Bright writes about his trip to Wales as geology student; 135 years earlier, Darwin embarked on the same trip. He observed landforms, rocks and the earth's crust, which contributed to much of his origin of species theory. 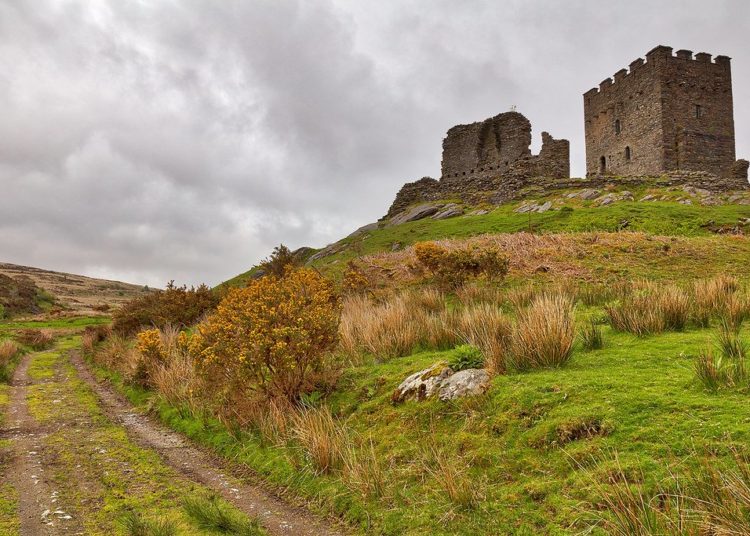 In each of the summers of 1968 and 1969, as a geology student, I spent three weeks camped in a field below Dolwyddelan castle in the lovely valley of the river Lledr in Snowdonia while completing my undergraduate mapping project. As was my general custom for travel in those student days I hitchhiked from my home in South Wales, travelling north through the Welsh borderlands.

I wasn’t aware of it at the time, but for much of my journey I was following a route used by another geology student who had also passed through Dolwyddelan at a similar age some 135 years previously.

In August of 1831, Charles Darwin was travelling to North Wales from his home in Shrewsbury with his Cambridge tutor Adam Sedgwick, one of the founders of the science of modern geology (and proposer of the term ‘Cambrian’ period, a division of geological time, still in worldwide use from his early work in Wales).

As a science, geology was still very much developing when Darwin embarked on his trip to North Wales, and many early geologists had been struggling to understand the processes that formed the rocks and landforms around them.

Early geologists and their findings

The breakthrough, if it can be called that, was summed up by Charles Lyell in his book Principles of Geology (1831–33) – a book we know Darwin had with him on the Beagle, when he used the phrase “the present is the key to the past”. He which proposed that rock formations and landscape features must have been created by processes that can be observed in operation at the current time.

Of course, those early geologists were not the first to try to understand these processes. In the late 15th century when he was based in the north of Italy, Leonardo da Vinci made observations in the Alps and came to a set of conclusions remarkably similar to those that were to emerge centuries later.

Leonardo observed that shells of marine creatures and fish bones that he saw in the rocks at mountaintops had in ancient time swam in these places when they were covered in sea. He came to the conclusion that the surface of the earth changes over time. He believed that the most powerful natural erosion force was the movement of water in rivers, which had sculpted the earth’s surface over a very long period of time, and that slow and relentless natural processes had shaped the surface of our planet.

Bishop Ussher in 1650, using the Old Testament, had dated the age of the earth at about 6,000 years old, estimating it to have been created “at nightfall preceding 23rd of October 4004 BC”.

Ussher’s estimate, and the view of religious orthodoxy it represented, was not compatible with the length of time observation of natural processes would require, as summed up by another of the founders of modern geology, James Hutton, who wrote in 1795: “we find no vestige of a beginning, no prospect of an end”.

So what evidence might Darwin have observed in the landforms and rocks of Dolwyddelan, which might have influenced his views on geological time?

• Shales – thick accumulations of fine-grained sediments representing the products of erosion of pre-existing rocks and deposition in deep marine conditions with primitive and unfamiliar fossils, trilobites, graptolites;
• Volcanic tuffs and rhyolites – thick accumulations of the former, because although there have been occasional dramatic instances of volcanic eruptions of tens of feet in recorded in history we are speaking of hundreds of feet;
• Geological structure – Dolwyddelan lies within a narrow syncline, a downfold in the earth’s crust, and although we can observe crustal movement in the present time as earthquakes rarely do these represent movements of more than metres compared with the kilometres required to explain the Dolwyddelan feature;
• Landform – the Lledr valley and its subsidiary drainage system shows evidence of having been superimposed on, rather than formed by, the underlying geology, the volume of material that had to be moved was enormous.

The 1831 visit to North Wales has been described as “one of the most formative aspects of Darwin’s scientific development”. What we do know is that when Darwin returned to Shrewsbury on 29 August 1831 following his field trip with Sedgwick, letters inviting him to join HMS Beagle were awaiting him.

If, in developing his theory on the origin of species from his observations on that voyage, Darwin required long periods of time in order for species evolution to take place, it is possible that he may have gained his own perspective on geological time during his travels in North Wales as well as his observations during the Beagle expedition.