The government has decided to prioritise the sale of Channel 4, despite widespread opposition and no credible business case. 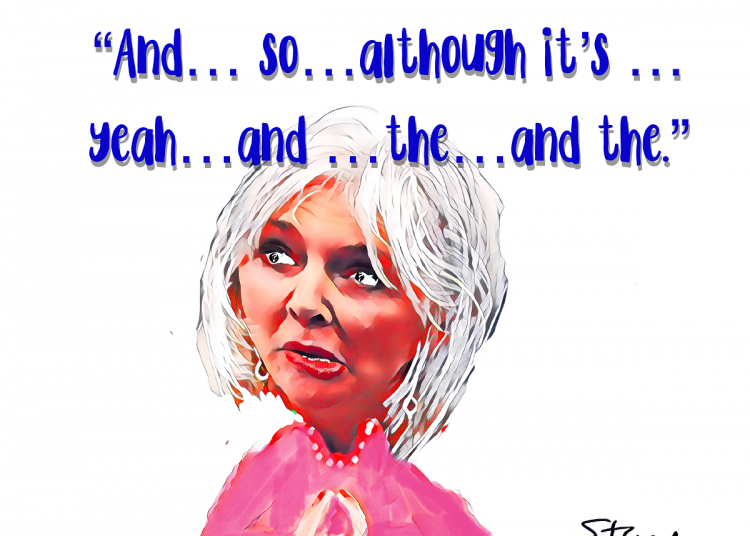 Dorries' verbatim quote from her select committee response to Damian Green, who pointed out that the channel received no taxpayer money. Cartoon by Stan

What’s behind the abrupt announcement by the culture secretary, Nadine Dorries, to go ahead with the privatisation of Channel 4? It will require legislation, in the form of a draft media bill in the upcoming Queen’s Speech, as C4’s unique position as a publicly owned, commercially funded broadcaster is protected by law.

This decision reveals a disturbing insight into the government’s priorities as it presides over the highest overall taxation, inflation rates and food and fuel costs for decades. Space will be given over to a proposal that will trigger enormous opposition whilst other crucial policy issues will be left off the government legislative agenda. One example is the P&O debacle, which highlighted the desperate need for an overhaul of UK labour law. Indeed, officials have already said there was no space for the long-awaited employment bill in May’s Queen Speech

Dorries took over as culture secretary in September 2021 and first appeared before the Department for Digital, Culture, Media and Sport (DCMS) select committee on 23 November. It was a faltering performance. At one point she stated C4 was in receipt of government money and had to be corrected.

She was also asked about the sale of C4 and revealed that a staggering 60,000 responses had been received after the ten-week consultation, some of them very detailed, on the government’s document.

There were doubts about the value of responding to the consultation, as the document stated unambiguously, “The Government’s preferred option is to facilitate a change of ownership of Channel 4”. At the time Raymond Snoddy observed, “You could be forgiven … for thinking this is a done deal and the consultation process mere window dressing”.

The problem is, we don’t know exactly what the breakdown in the consultation responses for or against the privatisation proposal was, because the DCMS hasn’t given us any information on them. For all the talk about the government wanting a ‘debate’ about the channel’s future, we have been given a sadly predictable and well-rehearsed response which ignores all the evidence presented in the consultation.

Snoddy, in a strong piece defending Channel 4, suggests that 90 percent of the responses were “hostile to the idea, not least Channel 4 itself and most of those who know about broadcasting”.

As Stewart Purvis reported yesterday, Channel 4 put forward a proposal that would have allowed it to remain in public ownership, while also addressing the government’s ‘levelling up’ agenda. The proposal included investing in significant numbers of staff outside London in areas such as Leeds; spending billions creating new shows in the regions, thus contributing to job creation and a thriving economy; and creating a national training scheme for 100,000 young people. “The Government appears to have rejected it out of hand”, says Purvis.

We should have guessed something was up after the controversial appointment of Sir Ian Cheshire as chair of Channel 4. The timing of the announcement by Dorries was deeply cynical, as were the specious arguments she presented in support of her actions. She argued that “government ownership is holding Channel 4 back from competing against [the] streaming giants” and a change of ownership would give it “the tools and freedom to flourish and thrive” as a public service broadcaster in private hands.

But the streaming giants are not focused on the kind of distinctive programming Channel 4 fulfils through its remit. It’s crazy to suggest that Channel 4 should be in competition with Netflix, Amazon, Disney and other streaming services, who plan to spend $100bn on content this year. It’s just not credible to compare Channel 4’s spend of £500m on original content, mostly of the low-budget kind, with that of Netflix and other global streaming giants. 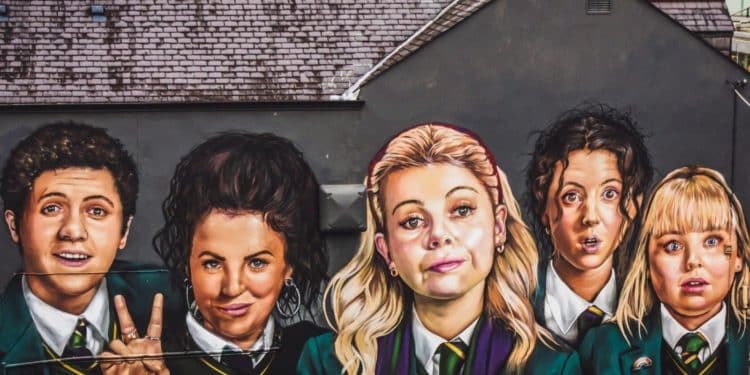 The other point about putting the broadcaster in private hands is crucial. All of Channel 4’s revenue from advertising goes into running Channel 4 and making programmes. The notion that a private owner would not want a return on their investment is delusional. Also, Channel 4’s well-established relationship with the regions would be jeopardised if a push for greater efficiency meant a cut-back in production outside London.

Statements in newspapers quoted a ministerial source suggesting that public ownership is “holding [C4] back in the face of a rapidly changing and competitive media landscape” and “a change of ownership will remove its straightjacket, giving C4 the freedom to innovate and grow so it can flourish and thrive long into the future and support the whole of the UK creative industries”.

In fact, Channel 4 has been remarkably successful in innovation, as its evidence to the consultation revealed. In terms of digital development, it is ahead of private-sector rivals like ITV, Channel 5 and STV.

But the irony is that Channel 4 was brought in under Margaret Thatcher to create more competition, and it’s arguably a Thatcherite success story. So why, irrespective of the facts, does this government want to jeopardise a thriving, successful UK broadcaster?

Very simply, like the BBC, it’s a public service broadcaster and notably during the run-up to, and during the 2019 general election, Boris Johnson signalled his anger at coverage of him by both broadcasters.

Dorothy Byrne, former head of Channel 4 news and current affairs, was one of the first to call Johnson a liar in a public speech and then replace him with a block of ice when he failed to turn up for a leader’s debate on climate change.

Three days before the election, Johnson said he was “certainly looking” at the future of the BBC licence fee.

Since then, the government has sought to undermine the media regulator Ofcom, first by pushing the former Daily Mail editor Paul Dacre to take the post and now appointing Lord Grade as chair. He is on record for his attacks on the BBC and supporting the privatisation of Channel 4.

The government also has a shadowy group, not set up under the Cabinet Office guidelines, meeting in secret with no public record of its agenda, discussions or recommendations, to advise on the future of public service broadcasting. Lord Grade was a member of it but presumably no longer is now that he is Ofcom chair.

The Labour MP Chris Bryant was spot on when he said that selling the channel would be “economically illiterate, culturally devastating and a hammer blow to the independent production industry”.

Join the Festival of Debate

All of this makes the Festival of Debate event organised by MediaNorth on 12 May highly topical. An expert panel includes Dorothy Byrne, former Head of News and Current Affairs at Channel 4. Full details and how to book here.