Far-right art. Who needs cartoonists satirising the wildest fantasies of far-right populists when their fans unintentionally satirise them so well? 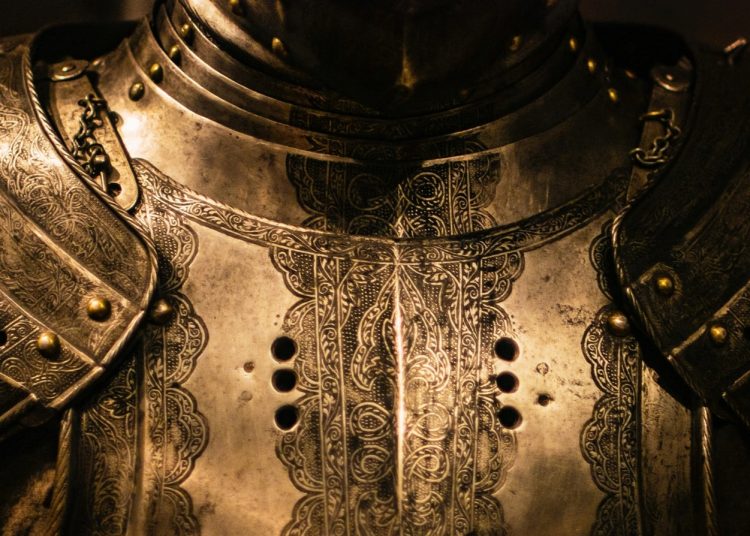 Sometimes, in the words of the immortal Telly Savalas, a picture paints a thousand words. And in some cases, all of them are synonymous with the word ‘delusional’.

I first spotted the phenomenon of right-wing art during the golden reign of Donald Trump. Risible, but also queasy – works like Jon McNaughton’s:

Trump was shown by various pro-right artists as a superhero, a sporting god and even portrayed as walking with Jesus or as the Christian son of God, himself.

The line between hagiography and satire, sometimes hard to discern when his jowly, elderly, orange head was superimposed on a toned, gym bunny’s body, or a tragic Christ on the cross.

Now, inspired by the war in Ukraine, there’s a new variant on ridiculous far-right art. And it’s English.

Anyone who’s ever seen the local Conservative offices of Nigel Adams (MP for Selby and Ainsty) in Tadcaster, during a general election, is familiar with the window-dressing/artistic skills of someone either very tired and emotional, or very fixated with the Conservative Party.

The office is plastered in images of The Glorious Leader with a feverish sort of passion that only suggests one thing. The perpetrator is carrying a torch. It’s the sort of art that makes you want to look away as you feel you’re witnessing someone’s deepest, most creepy, guilty secret.

But then, checking out right-wing ‘art’ is a cross between looking at 1930s’ Glorious Leader propaganda posters – and watching a shameful, deeply personal midlife crisis. 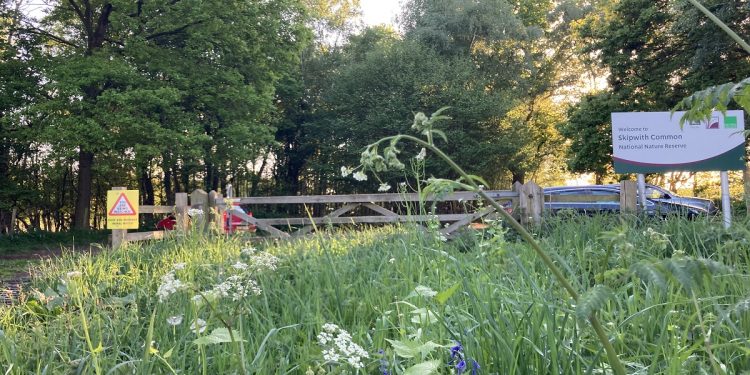 Fascist leaders throughout history like Benito Mussolini and Adolf Hitler, and populist leaders like Trump and Boris Johnson, have traded on ‘charisma’. The fact they are in themselves, a recognisable ‘brand’, is part of their success at the ballot box.

They’re a shoo-in when it comes to art as propaganda. Yet it’s so overblown; pro-right-wing populist art is actually ridiculous. Who needs cartoonists satirising the wildest fantasies of far-right populists when their fans unintentionally satirise them so well?

The art of Johnson

Expect Photoshop slimdowns and new six packs, with shameless gurns transformed into pensive, brooding, manly expressions, coming to a screen near you, soon.

Nigel Farage as a brave knight

No room for cognitive dissonance, apparently, down this rabbit hole where beige-wearing, brown-toothed ex merchant bankers become swashbuckling crusaders. This is a world where the ex-Dulwich College ‘man of the people’, clutching his pint and opining about them there foreigners, is suddenly morphed into an angelic crusader, battling for Old Blighty.

‘English Knights Templar Art’ is, apparently, a whole sub-genre amongst the far right. They appropriated the trope of the Knights Templar because the Templars’ enemy were Muslims.

The knights’ symbol of a red cross on a white background evoked the similar St George’s cross, the flag of England – and Templars’ symbols were, and are, popular tattoos amongst the English Defence League and other far-right cults. Expect to see little ‘Tommy Robinson’ dressed as a musclebound Templar very soon. And he won’t be pint sized.

“I have never made but one prayer to God, a very short one: Oh Lord, make my enemies ridiculous. And God granted it.”